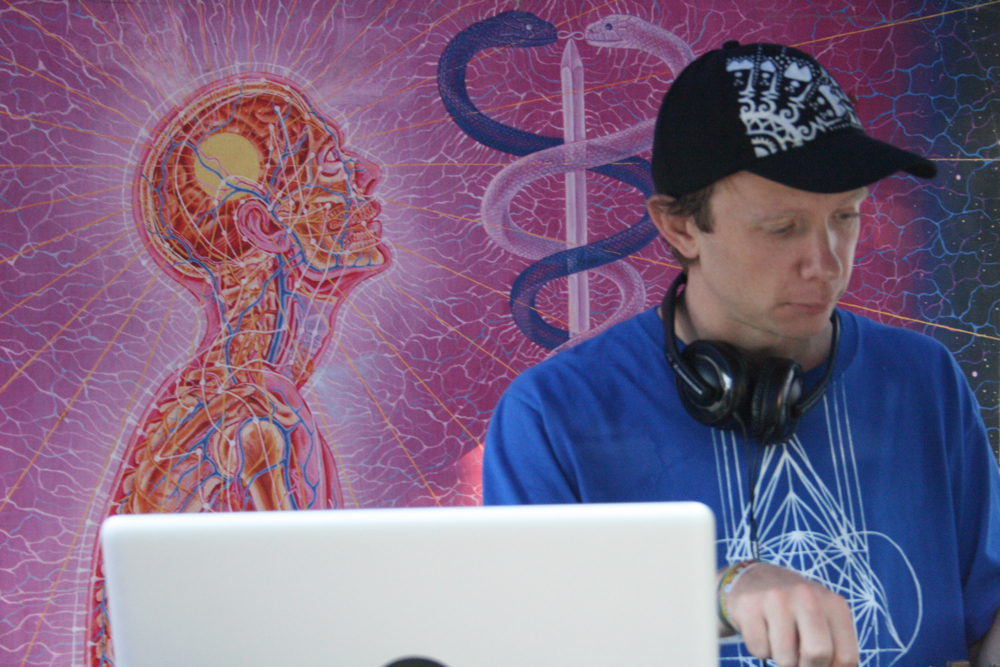 Tipper is back with some sweet sweet hallmark glitchy aural goodness. Jettison Mind Hatch may not be upping the ante in any particular way but it expands on previous material in slightly new ways.

David Tipper is an electronic music producer from London, UK and has been steadily releasing music for the past two decades as Tipper. He is most certainly not your average electronic artist, being the main pioneer of nu skool breaks and in recent years having crafted a sound like none out there. It would be nigh impossible to accurately classify stylistically what Tipper is going for, but I will do my best to shed some nuance into a description, as I will delve into the album at hand. I only discovered Tipper roughly a couple of weeks ago and have since devoured his entire repertoire with great appetite and lots of satisfaction. While personally, I did not find the early works to be as enthralling as the past few releases, I still find them to be quite enchanting in their unique ways.

Jettison Mind Hatch is Tipper‘s thirteenth full-length album and it’s a gorgeous foray into the realms of sound which are crafted, despite not breaking new ground in any particular way. Clocking in at just a little over fifty minutes, it provides ample time for moods, feelings, and textures to develop and toy around with each other. It also gives the listener plenty of time to immerse himself into the journey. The immersive quality of the album is only catalyzed by the absolutely pristine production value that is present. The amount of tinkering with each and every little inflection really pays off. There is a resounding spatial quality that emerges from the sound stage of the songs, giving the listener a sensation that could be only compared to drifting in space or in an endless ocean. The crispness of every tone is also a big plus regarding this aspect, offering quite a detailed view, akin to watching the sun in 4K resolution on a projector.

Each track has its own unique charm, even though towards the end it may feel like they start melting into each other. There is just enough personality as to manage a distinction between songs but just enough similarities as to give the record a nice, cursive flow that gives the journey a soothing edge as if gliding effortlessly through a windless sky. In the beginning, one can notice that the latter parts of the tracks tend to emphasize a more bass-heavy delivery, as it would be noticed for example on “Baleen” and on “Exit Chapel Perilous”. This keeps the listener engaged, maybe even to the point of making him want to dance a little. This is aptly contrasted by how the focus in the latter part of the record shifts to a more textured delivery that relies on moods and scapes to relay its point across. This is very obvious on “Sahra” but also on songs like “Shelled” and “Oi Oi Spit”.

There is a veritable gamut of moods being explored in this record, which, for a more detailed account would vary upon the listener. To me, it feels like there’s a lot of space like feeling, kind of like how new age space music feels but with a more active and engaging edge. There are also a lot of psychedelic tinges that pop due to the extensive use of layers and dynamic effects. The glitchy rhythmical intricacies also give a nice technical flavor to the record making it a little abstract, something that is enhanced by the breakbeat element that is present at times. There are quite a fair amount of relaxed soundscapes that are brought to life by very subtle synths, soothing textures, and easygoing tempos.

Tipper is a truly remarkable craftsman. Few understand how to wield the tools of the electronic medium so as to not only showcase its immense potential but to also understand how to tastefully articulate ideas and emotions. Many could follow suit. Arguably, Forward Escape broke more ground than any other release but it’s worth noting that Jettison Mind Hatch is its successor. Which means that there is still plenty of time and space to see how things will progress. Jettison Mind Hatch is by all means quite a solid piece of work and it’s a must for fans of intricate and relaxed electronic tunes (and not only). I for one am really looking forward to more from Tipper.