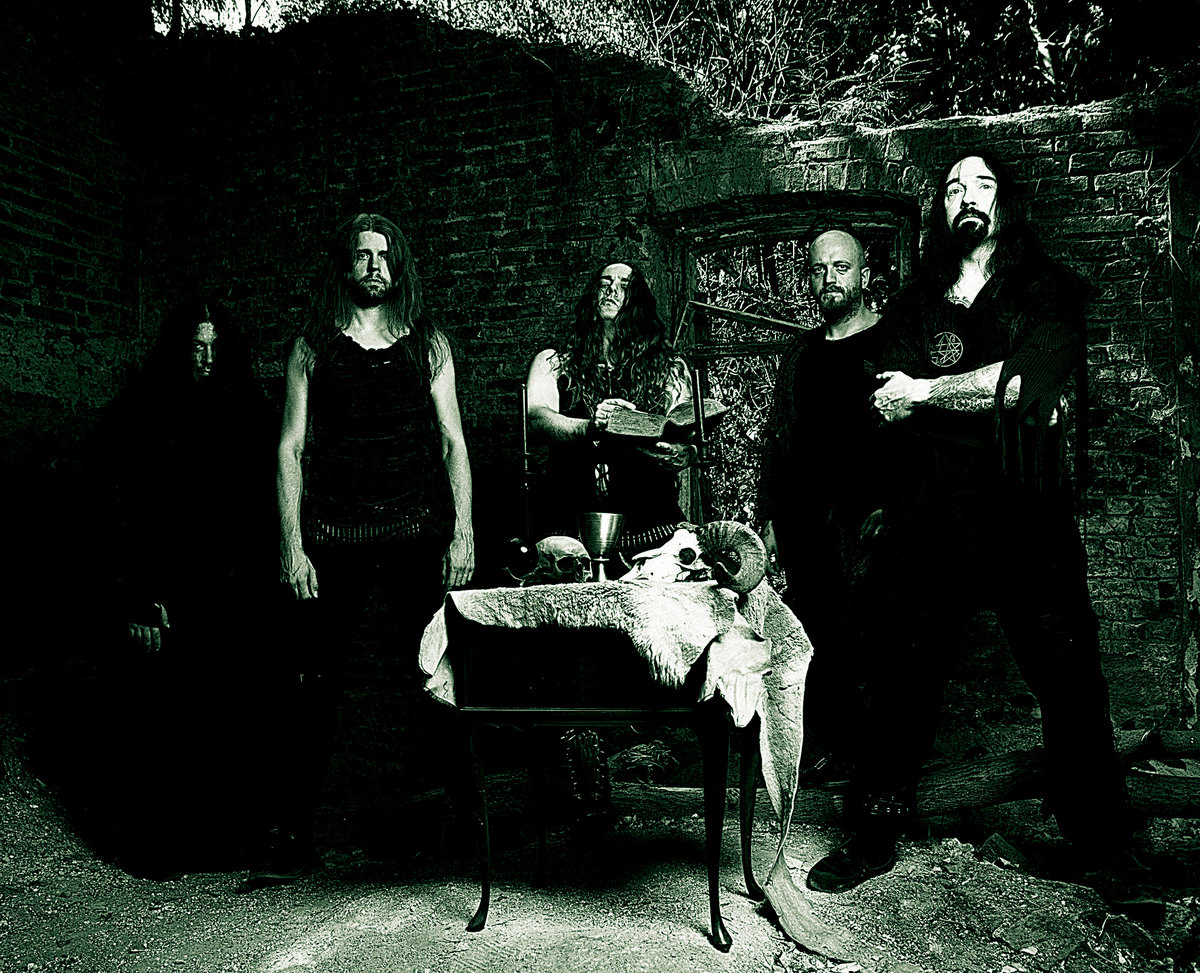 By Robert MiklosJanuary 16, 2019 No Comments

If anyone ever thought there just isn’t enough Lovecraft influenced metal out there, they can quench their thirst with Sulphur Aeon‘s majestic, tenebrous and twisted interpretation.

Sulphur Aeon are a death metal band from Germany, and they have existed for nearly a decade now. It’s been nearly a month since The Scythe of Cosmic Chaos was released, and it’s a remarkable step forward for the band. It’s their third full-length, arriving three years after their last album, and the improvements are more than palpable.

I actually needed several listens to delve properly into the dark chaos that Sulphur Aeon have crafted here. At a glance, maybe even just skimming through, the whole package looks like your average Behemoth-inspired blackened death metal, but that couldn’t be further from the truth. Of course, some resemblances are visible, but Sulphur Aeon craft their own blend of this particular style. The band heavily draws from H.P. Lovecraft, much like many others before them; this influence is prominent throughout the album art, song titles, and lyrics. The Necronomicon-esque influence is quite fitting for the genre and the band puts this influence in practice with the proper amount of bleak darkness.

Structurally, we are faced with a solid album. There are virtually no disengaging moments spread across. There are bits where things slow down, with just the right amount of respiro to avoid monotony. The album starts blasting in all directions, which is great – and it pretty much ends the same way, albeit with a grander tone. “Cult of Starry Wisdom”, which is the opener, is one of the highlights, featuring absolutely amazing riffs and this Communion era SepticFlesh vibe. Most of the material is pounding, relentless and slightly dissonant, borrowing somewhat from Deathspell Omega‘s punishing and abrasive approach to delivery. There’s this massive feeling enveloping the whole album, and I’m not exactly sure what to attribute that vibe to. What I do know is that it’s strongly emphasized by the chants that are scattered across the record. This mystical kind of feeling that oozes from said massiveness reminds me of Batushka‘s Litourgiya.

The production is essentially fitting to the whole ensemble. It’s pretty rough, as is necessary to drive this kind of darkness across. Although there are parts where everything seems a bit lost in the mix and it comes off more chaotic than anything else, maybe that’s the point. A few such moments are present on “Lungs Into Gills”, as well as some of those aforementioned ethereal chants. Clocking in just a few minutes shy of an hour, this is quite a mammoth; however, in spite of its relentlessness, I feel it’s more than digestible for fans of the genre. The musicianship is very much on point and there are no shortcomings whatsoever.

The Scythe of Cosmic Chaos is a valiant effort and it is a solid testament to the band’s progress since their last album. It is truly a powerful and surreal traverse through some cavernous depths. There aren’t many extreme musical artists that manage to embed such a great deal of authenticity in their work so seamlessly. Sulphur Aeon not only reiterate but break new ground and hopefully will continue doing so for many more albums to come.