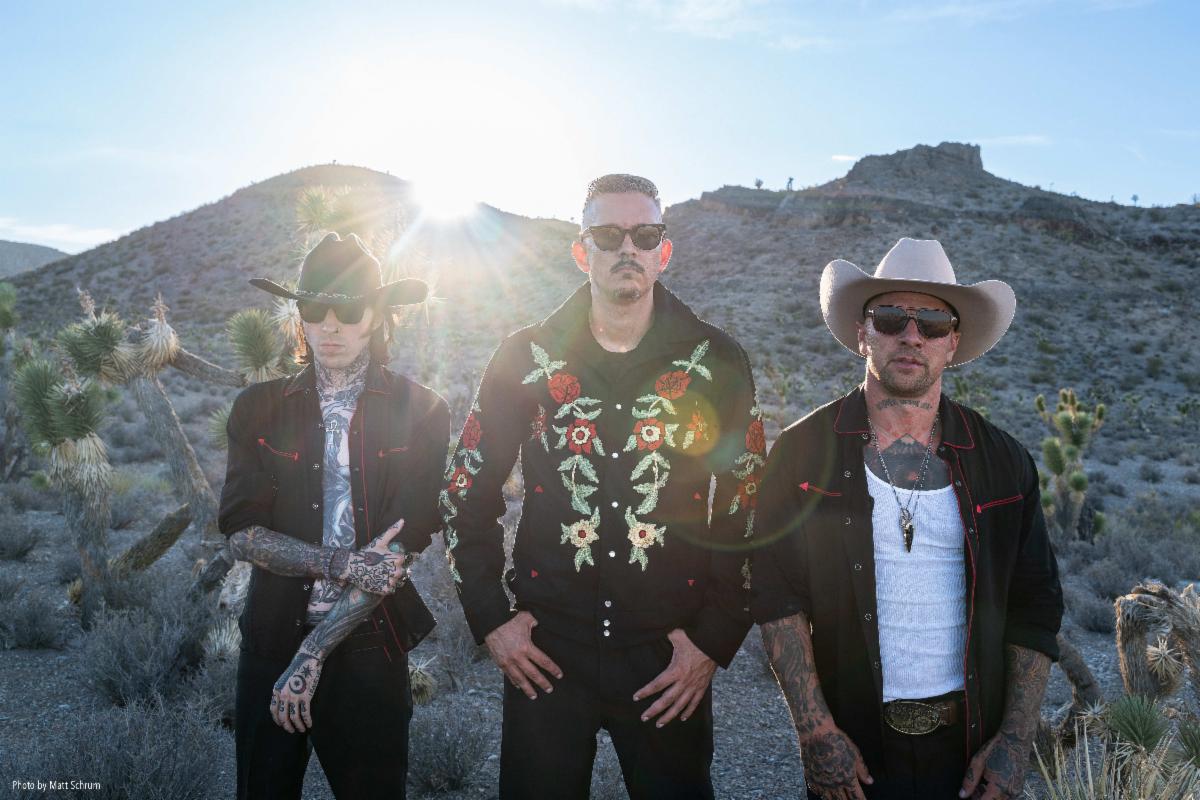 By Jake WaltersNovember 24, 2022 No Comments

DEATHWESTERN is a singular vision where metal meets hardcore and the Old West meets religious horror. There’s no one quite like SpiritWorld.

SpiritWorld are a band that we weren’t talking about just three or four years ago. However, in 2020 there was this little album called Pagan Rhythms that embraced inclinations of hardcore and death metal with a strong aesthetic and riffs for days. It became my personal favorite metal release of that year and I lovingly took to calling their style ‘Cowboy Integrity’. After enduring a couple of years with no new material from one of my new favorite bands, DEATHWESTERN is finally here.

While this isn’t necessarily SpiritWorld’s sophomore album, it sort of feels like it is. Exploring the band before Pagan Rhythms will show that they were far more western and country-leaning before their ascension, and to me that’s why DEATHWESTERN was so exciting: how were they going to sound this time around? Perhaps with the success and recognition of Pagan Rhythms, they knew that this style is where they are the strongest and doubled down. From the cover art to the songs, and the accompanying music videos, DEATHWESTERN is the distillation of the western horror genre into pure auditory caffeine. This is Spiritworld digging in their heels with even more confidence and, yes, swagger.

When it comes to the songs, it would be easy for me to put my writer’s hat on and try to find something clever to say about how the album is constructed and the sonic influences that are present on each of the eleven tracks. Hell, maybe even a few puns about the Old West thrown in for good measure. But, I can’t do that. Just like the last time around on Pagan Rhythms, these songs just elicit something a bit more primal and pure. “Relic Of Damnation” is a perfect example of how this band approaches songwriting and, frankly, may be my favorite on the record. Memorable, chunky riffs set the table for Stu Folsom’s bark to abound on “ U L C E R”, where things eventually turn into a shouting match between the vocals, guitars, and drums. It feels alive in a way that few other bands do at the moment. “Committee of Buzzards” ups the BPM, and the signature riffing and guitar tone just keep on blasting like mad. This album rolls up on you quickly and keeps the pace and intensity near the same levels throughout. In a fun crossover moment, Dwid Hellion of Integrity shows up on “Moonlit Torture”. There’s so much to love.

I am on record many times saying that dynamics make an album great. So far, it probably seems like I’m hanging that rule up for this album, doesn’t it? Well, I’m not. Songs like “The Heretic Butcher” breathe some oxygen into the tracklist with an acoustic intro and a more spacious composition overall. Voice samples are interspersed and continually remind you that this is a storytelling album at its heart. With that in mind, however, I could see some listeners finding the songs a bit samey, and while that is to some extent true it’s by no means a criticism in this case. This album hits you in the face over and over, and since SpiritWorld borrow a lot from hardcore this only seems apt, correct, and right.

No one else sounded quite like SpiritWorld a couple of years ago. With their leaning harder into the classic western and religious horror themes, they have further distanced themselves from the pack. There’s not a weak song to be found and the runtime feels rather perfect. I have loved watching this band ascend, and while I’m not sure if they have reached their full potential with DEATHWESTERN, I think they have an album that they can hang their hat on. I had to get at least one pun in there.