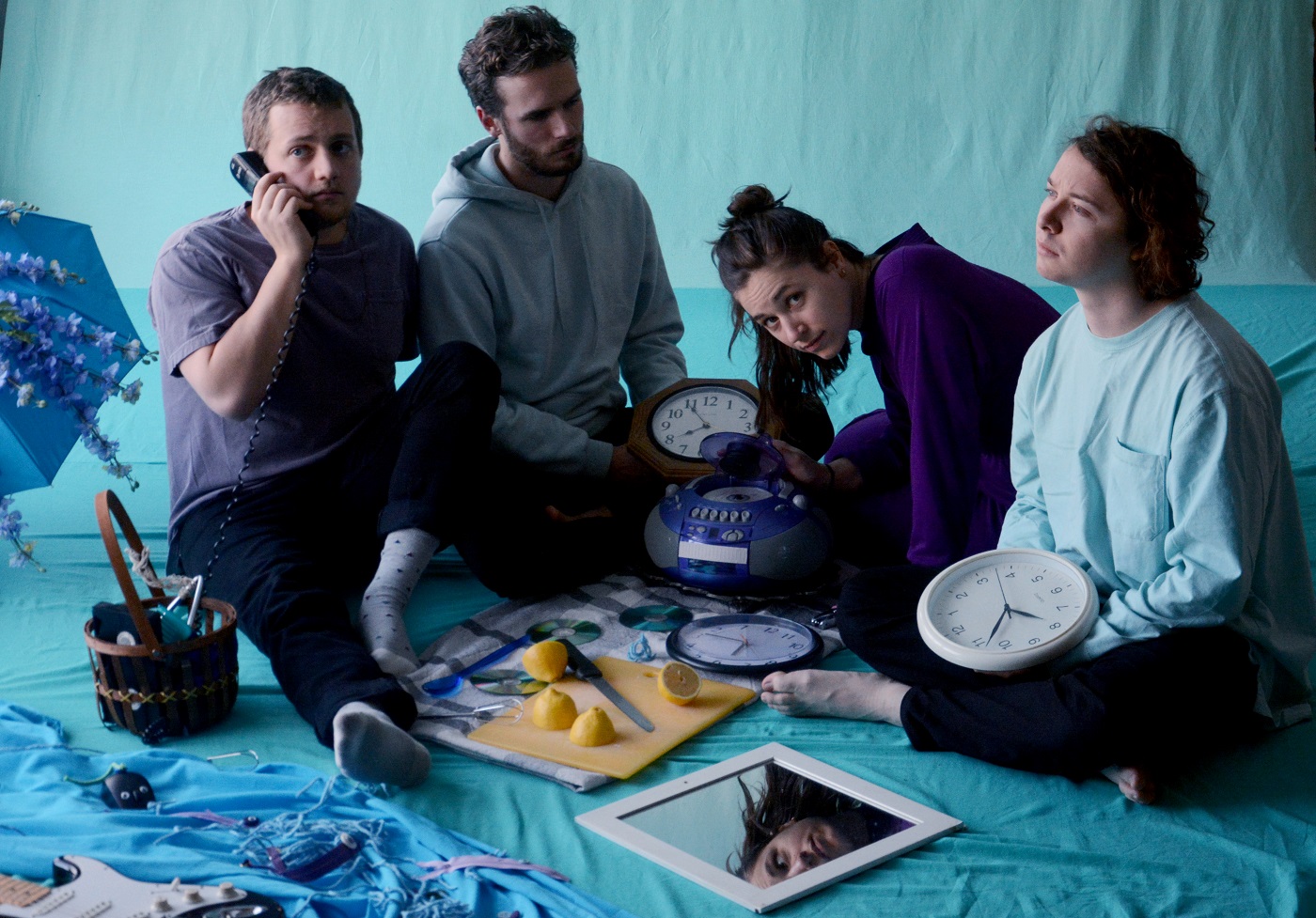 Spirits Having Fun deliver a boisterous dose of post-punk in the tightly packaged debut album Auto-Portrait.

Bands often take themselves a bit too seriously, forgetting the joyful element of music altogether. Hence, when someone comes along with music that is playful, funny, yet seriously impressive, it is bound to attract some love from the team at Everything Is Noise. This is precisely what Chicago’s Spirits Having Fun do on their debut Auto-Portrait.

Led by guitarist and vocalist Katie McShane (who also runs Roto-Asterik Records), Spirits Having Fun combine a wide-ranging palette of sounds to create an eccentric piece of art. Auto-Portrait calls to mind a mix of alternative progressive rock of the 90s, modern indie pop, and post-punk, interlayered with dynamic melodies usually found in krautrock or free jazz. Resulting in a whirlwind of complex instrumentations, that on the one hand seem to be driven by sheer technical skills, and on the other appear as outright fun improvisations.

Auto-Portrait is a peculiar puzzle that combines disjointed pieces with such ease, that one wonders why others are unable to compose such an enchanting amalgamation. Kicking off with the title track,  the band quickly lay the foundation for the ever-shifting, juggernaut composition of the entire album. These sonic shifts are such expeditiously performed that the transitions are almost impossible to catch, lending an unexpected sense of cohesion amid the unrest.  Even on the five-minute-plus (and the longest track by a distance) “Waiting At The Airport” the band joins together fragments of multiple genres, hopping from synth-driven krautrock, avant-garde noise rock, to cheesy indie pop. This provides a feeling of blink, and you will miss the magic which keeps the listener hooked.

This is not to say we are in Wonderland, and there are no areas of improvement. Katie’s vocals while tying down the different instrumentation segments can come off as a bit too carefree (read: lazy), taking away the energetic rush after a few spins.  This is offset by the strong cohesion among the four members in Spirits Having Fun allowing them to weave their individual skills on each track, giving every song a unique personality. From pure euphoric confusion on “Electricity Explorer” to the more somber self-reflecting tones of “Destiny.” Moreover, the short  27-minute playtime allows the album to stay energetic and not become an overdose of schizophrenia. Even on the short and hilariously titled “Alligators Bellow in B Flat,” the amount of interplay between the drums, bass, and guitars can leave an attentive listener with an adrenaline rush. The energy carries all through till the end with “Plastic Party Perfect,” a perfect closer that once again shines a light on the many facets of the bands’ music. There is a cyclical effect on Auto-Portrait which despite its multiple twists and turns, ties down perfectly at the end.

For a young band, Spirits Having Fun show a lot more maturity and sense of direction than what one would come to expect, and Auto-Portrait sees them deliver on that. A fun-filled record that is bold and adventurous on the outside, and self-reflective and tranquil on the inside.