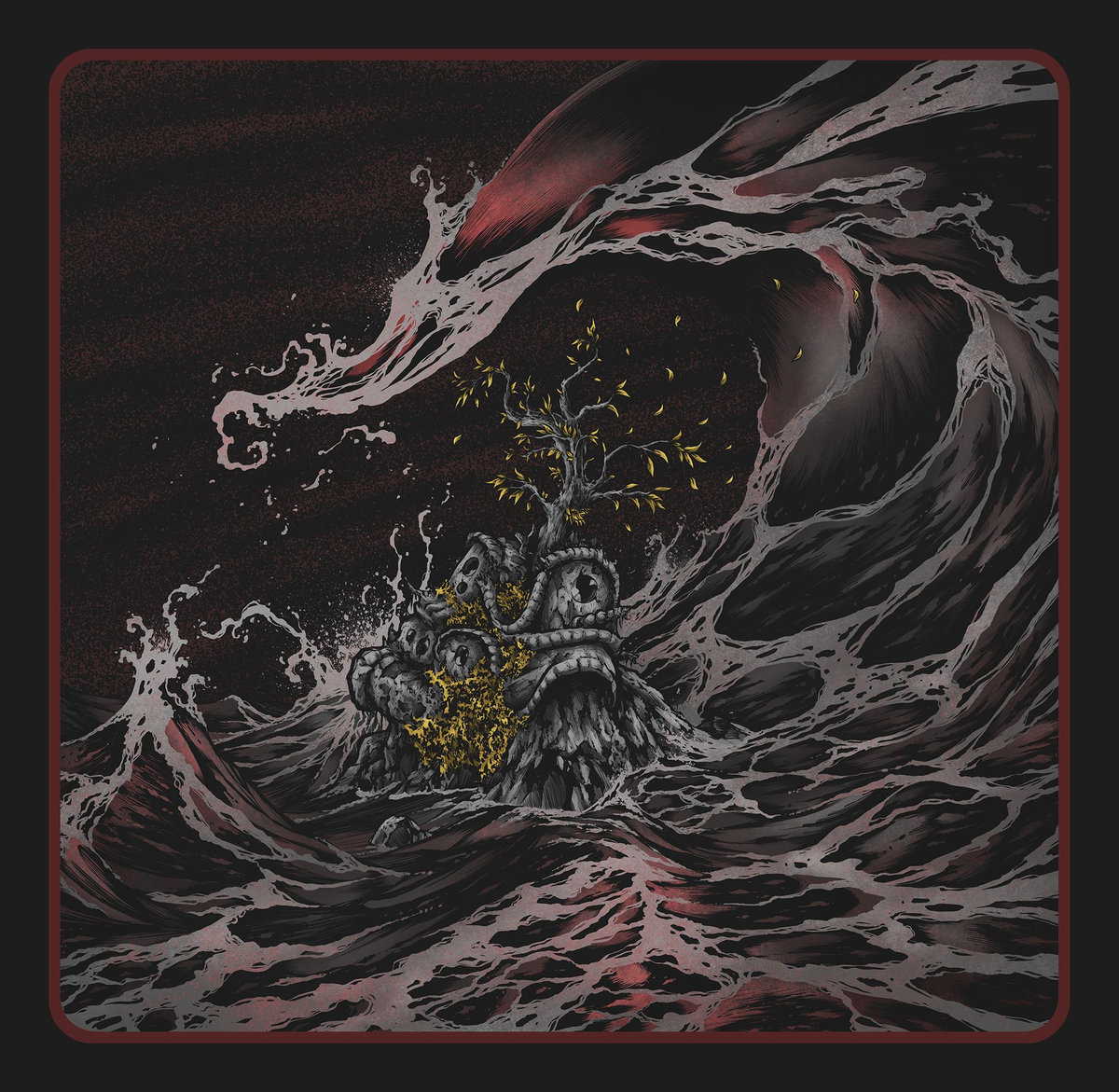 Making a name for themselves with consistent releases of high quality, Poland’s Spaceslug bring the weight and the loud with their latest stoner metal effort Eye the Tide.

Stoner metal is typically stuff you can just vibe to, so I tend to judge it on those merits in addition to the following: Does it groove well? Heavy and fuzzy like a felt elephant? Enough dynamics to stave off boredom? If you can answer ‘yes’ to at least two of those questions, then you’re in for some solid music. Luckily, Spaceslug have quite a bit of all three going for them with Eye the Tide, only a couple hiccups to be found in the formula.

Despite its heaviness, zen-like relaxation permeates much of this album, but the first part of “Vialys, Part I & II” deserves special mention. It’s like travelling through a world of unknown fauna and extraterrestrial structures. Various beeps, whirrs, and whines are audible in the back of the song’s mix; instrumental breaks between verses are punctuated with what sounds like crystalline rain or beads lightly falling on the ground around you. Coupled with lurching guitars and light percussion, the track is like an ASMR brain massage. I imagine this is what Drugs™ feel like.

I love the track transitions on this album. They don’t cleanly continue from one song to the other, rather they aesthetically meet in the middle for a loose connectivity that’s hard to nail. Going from “Obsolith” and its perpetual descent into the abyss to the water-logged and groovy intro of “Spaced by One” is a wonderful feeling. The wavy ‘wah’ of the guitars and the drawl of the vocals are hypnotic.

The singing gets progressively more intense, going from an inebriated and hazy drone to a storm of screams evocative of Harakiri for the Sky. “Words Like Stones” indeed; this song is where the harsher vocals excel. They’re actually layered and harmonized with the calmer singing, which creates an interesting dynamic. The pitch and articulation of the droning vocals reminds me of Layne Staley (RIP) or Mastodon on Quaaludes.

I think one of the only things that irked me about the album was the gratuitous repetition. Sure, if a riff or segment of a song is good enough to repeat for a bit, go for it. But I found the repetition of a particular melody and rhythm in “Spaced by One” that shows up a little over halfway through the song to be grating, which is a shame because otherwise, the track is one of the best on the album. The song even drops off at the end, signaling that it’s done, but then the part comes back for one more unnecessary encore before it fades out for good. Likewise, the end of “I, the Tide” (yes, ‘I’, not ‘eye’ as the album’s title suggests) is – unfortunately – similarly structured, leaving a doom-flavored mucus trail in your ears that’s a little off-putting, much like the words ‘mucus trail’ themselves.

Although this might just be symbolic of the tediousness of space, come to think of it. For all its majesty, surely it must be repetitive and droll to coast through its void-like expanses for days, weeks, months on end. Such is the life of the Spaceslug, I suppose. With doom-infused stoner metal, the trappings of elemental echo can be hard to avoid. To be fair, though, Sleep managed this quite well on their recently released album The Sciences. It’s a small pitfall, but still one nonetheless!

This is a solid, spacey, stoned outing for Spaceslug. It’s probably their best one yet, though not by much, as they’ve been consistently good. There’s a lot to digest on it that I didn’t mention, which just means more treats for you to uncover! Monolithic movements, grit, pleasing grooves, and only pretty minor frustration await you in space with Eye the Tide.