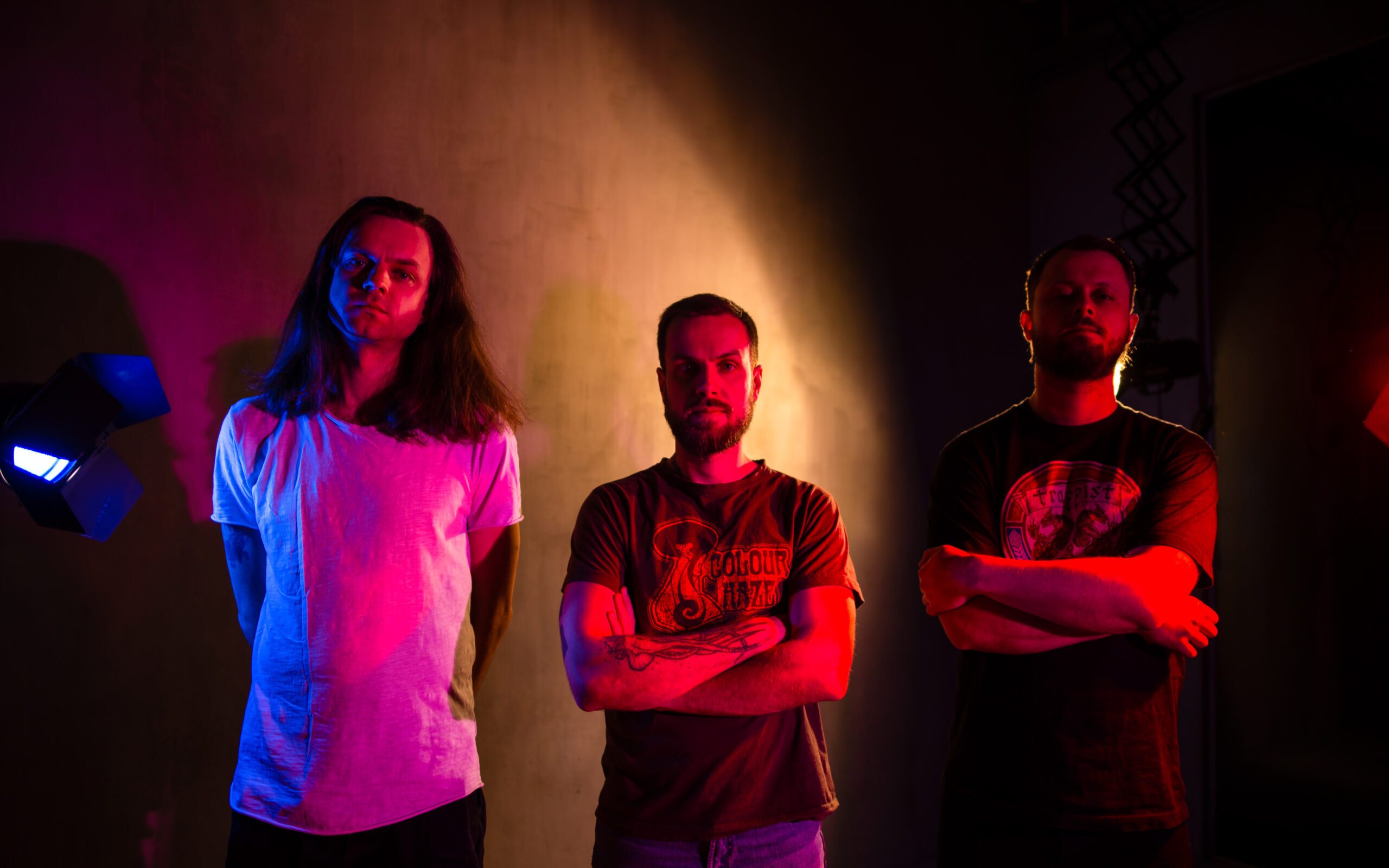 Somali Yacht Club did it again: The Space smothers you in a beautiful, yet melancholic atmosphere that you won’t want to emerge from.

Somali Yacht Club have come leaps and bounds since their debut record back in 2011 – Sandsongs. The jam band have since turned psychedelic doomgaze, and with the release of The Space, they have cemented themselves as industry leaders. The record is packed from start to finish with exceptional tracks, sporting beautiful motifs and lyrics through all six tracks, complemented at all times by one of the best mixes I’ve heard all year. Often I find myself cranking the volume up to max to completely bask in the fuzz, the atmosphere not only welcoming but delightful on the ears.

Before we dive into the meat of the album, let’s pay some due to the band, who are currently watching their hometown of Lviv be destroyed by Putin and his indoctrinated savages. The Ukrainian trio that makes up Somali Yacht Club are all safe but have requested any assistance possible to help stop the war and to support people affected by the numerous tragedies inflicted by the aggressors. A link for donations is available at the top of the page, and Somali Yacht Club are also waving any profits from their merch, with the link also at the top of the article. Let’s hope the boys and their families make it out of this illegal invasion safely.

A war couldn’t stop them from releasing their new album, though, which will drop on April 22 through Season Of Mist. If I’d managed to create something this good, I’d make sure the world heard it as soon as possible too. The album opens with “Silver”, and Somali Yacht Club waste no time in introducing you to their updated sound, with monstrous riffs brought in immediately. Compared the The Sea, they have added a lot more depth to their fuzz and overall atmosphere to their doom. That isn’t to detract from their previous records, mind you; both The Sun and The Sea are exceptional, and are tuned brilliantly for what was being portrayed. They seemed to have played off the name of their album and elevated all aspects of their music, creating more space for the instruments to breathe and more scope for the listener to enjoy.

Of course, the fuzzy doom metal isn’t the complete Somali Yacht Club package. Contrasting with the monster riffs are the psychedelic keys and guitar licks played by frontman Thor, not to mention his melancholic, yet almost hopeful vocals. His voice is already instantly recognisable in a sea of doom and post- bands, and yet again he has managed to embed catchy vocal hooks that will have you singing along with him by the second listen. The keys used in the record are subtle but manage to appear at special moments that amplify the riffs, keeping those moments stuck in your head for the next two days.

“Pulsar”, the second track on the album, really shows off the bands prowess at writing damn cool songs. The intro alone teases multiple different potential avenues for the track to go, each time lurching in a different direction to what you expected before coming full circle again in under half a minute. You can’t tell if it’s going to be stoner-rock, laid back psych-rock, or rip-snorting doom. Time and again, the band jump from monster riffs to hazy jams, colliding when necessary to keep the energy of the song up. This is the track you’ll really be blown away by the mix too. Considering there are only three of them, the staggering soundstage they create alone is stunning, but the way the instruments are delicately placed in the mix deserves all of our praise.

Three of the tracks push over the nine-minute mark, whilst the others are relatively short and sweet in comparison. Yet the quality is ever-present, and the song progressions are well worth hanging around for the longer tracks. Packed with clever reprises and, of course, the metalhead’s favourite, the final epic riffing, the band just have it on lock and know exactly how to engage their audience for these longer tracks.

For the uneducated, the tracks might feel samey, but for a connoisseur of the finest doom, The Space absolutely fucking slaps, with deep variances present throughout the tracks, as they dabble with gaze and more post-metal elements. Somali Yacht Club have added yet another monster record to their quiver, and I wish the guys and their family all the best as they navigate the terrifying conflict in Ukraine. Please remember to donate when you can, and continue to push back against Kremlin propaganda, supporting humans first over your ideals.