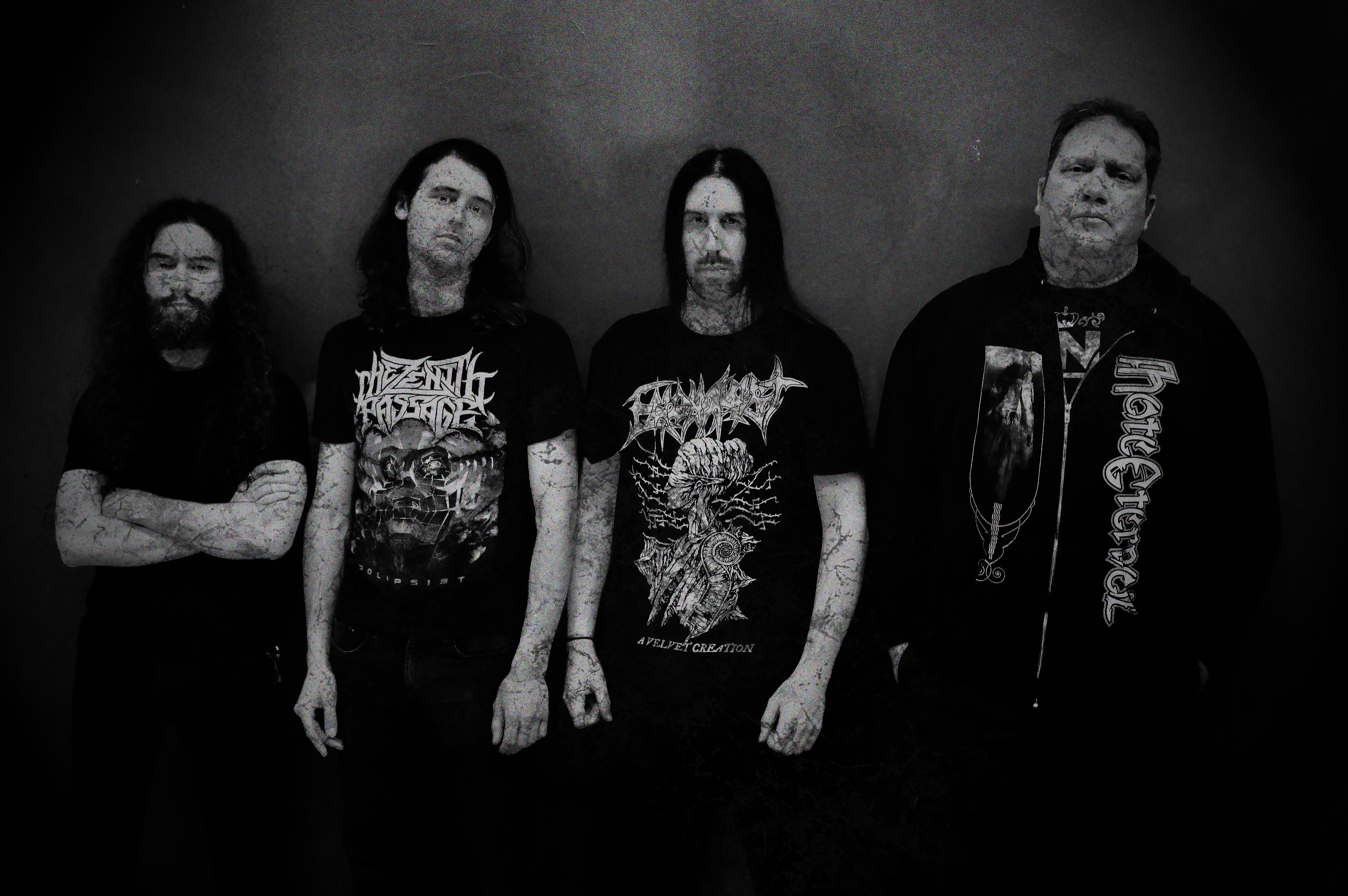 Solium Fatalis made an enjoyable, varied romp along the gamut of extreme metal on their fourth album, Genetically Engineered To Enslave. Far from detracting from the prevailing brutality, the beautiful melodic moments enhance and strengthen the overall artistry.

Soilum Fatalis is a four-piece band from New Hampshire, whose dominant style would appear to be melodic death metal. Bands usually branch out and show growth on their fourth albums, and Genetically Engineered To Enslave has a feel of being a deliberate effort along those lines. ‘Deliberate’, however, does not mean ‘forced’. The line between the two is drawn by excellence in writing and along those lines Solium Fatalis succeeded greatly here.

Genetically Engineered To Enslave begins with a bevy of songs that would not have sounded out of place on Solium Fatalis’s first three albums: good, tech-y melodeath – nothing wrong with that. We get treated to a brilliant ripping guitar solo at the end of “Synthon.”

Then things change up in a significant way.

The fifth song, “A Gathering Of Storms”, features clean vocals by Haydee Irizarry of Aversed. The use of clean vocals by a female singer might recall some of the more beautiful moments from Devin Townsend Project albums, but the contrast with Solium Fatalis’s main style brings the clean vocals even more sharply into focus. The same song has a guest slot from Matt McGachy of Cryptopsy (probably a ‘throw it in’ moment, because the album was recorded in Montreal and produced by Chris Donaldson of that band).

This is far from the only digression from ‘baseline’ melodeath on Genetically Engineered To Enslave. “Factor Red” and “Dysmorphic” push the groove angle pretty hard, with the latter song using another ripping solo as its centerpiece. It also has droning tones near the end, which adds a nice touch.

“Chemical Regent” has dynamics and clean, subtle moments that would not have sounded unusual on a Voïvod album. “Fiery Angels Fell” goes so completely goregrind at times that one would almost swear Donaldson himself had written it. Just to put another Montreal stamp on things, Phil Tougas of The Chthe’ilist and First Fragment donates a striking, beautiful solo to the album’s penultimate track. Solium Fatalis end Genetically Engineered To Enslave with a more run of the mill, stomp-ish melodeath track that gives the album a final high note that, in a way, bookends the album with the band’s signature sound.

Solium Fatalis avoided the common pratfalls of bands who want to develop a mature sound and made something nearly brilliant here. Most bands feel the pressure to branch out on their fourth albums; to do something different that could get them out of their day jobs and reach wider audiences; to break away from their familiar sound and establish something less derivative. The temptation to add disparate elements in along with the proverbial kitchen sink can overwhelm the best artistic judgment.

Solium Fatalis avoided that. They threw in ambiance, melody, grooves, and other things without breaking their model sound. Some of that might have come from pressure by Chris Donaldson (and he has a habit of assuming every drummer wants to sound like Flo Mounier), but this ultimately kept them on an even keel. Genetically Engineered To Enslave is a powerful artistic statement by a very promising band.