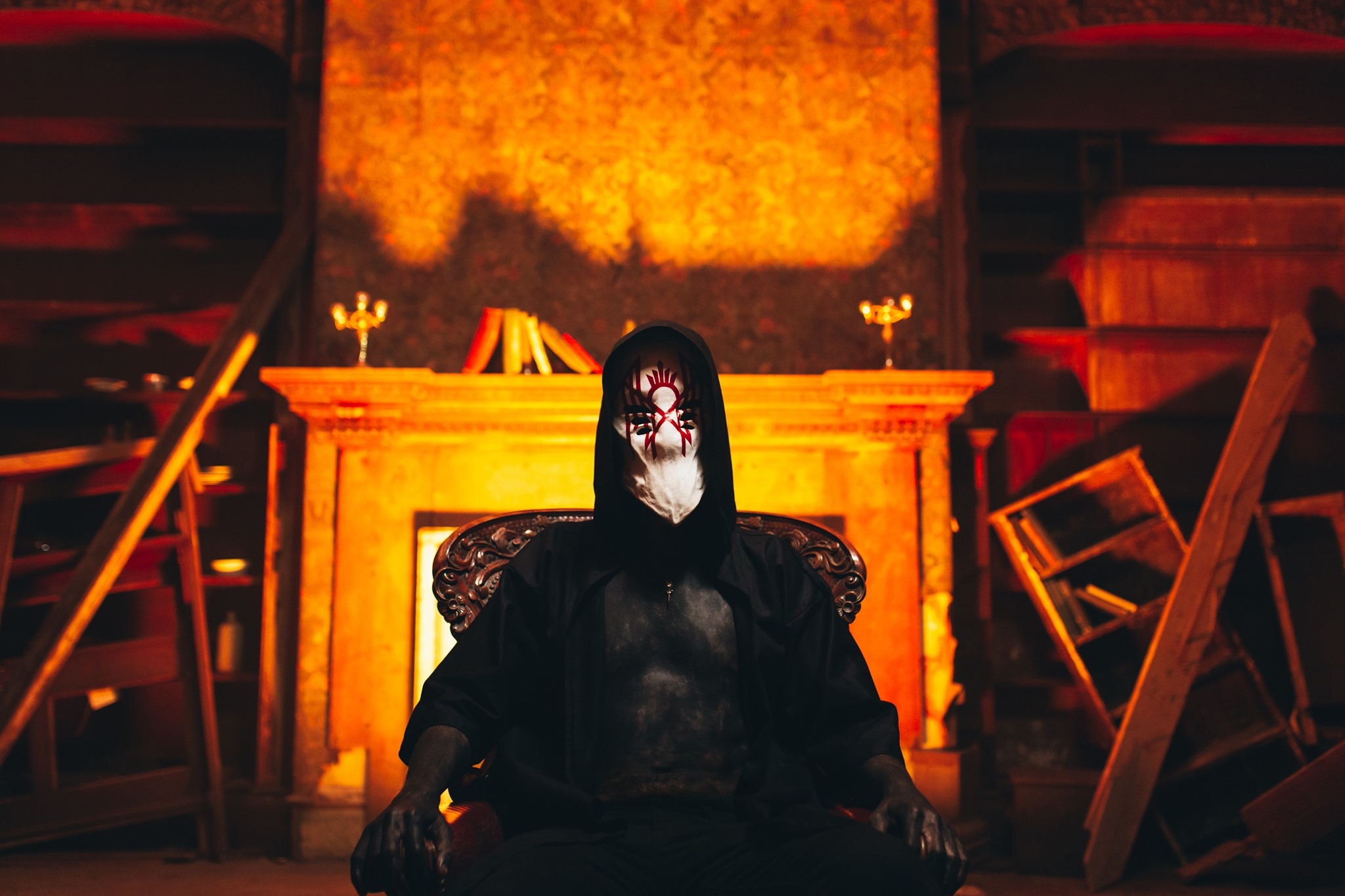 Sleep Token – “This Place Will Become Your Tomb”

This Place Will Become Your Tomb is the token album to put yourself to sleep to.

Sleep Token has always been an interesting group, one who has been shrouded in mystery. Ever since the unorthodox but highly successful run-up to the release of their debut record Sundowning back in 2019, they’ve garnered an incredible amount of attention and momentum. What better way to utilize said momentum other that continuing with the same well-received formula? Well, here we are, as Sleep Token are releasing their sophomore effort, This Place Will Become Your Tomb. Although the soundscapes are undeniably gorgeous, it shows the group continuing to exploit their formula, ultimately providing a lackluster experience that gets dull so much sooner than you’d like.

When I first came across Sleep Token, it was through release of their standalone single “Jaws” back in 2018. Having not heard what this group was capable of doing beforehand, that song was completely something else at the time. The way they blended that soft electronic, soulful sound and built it up to catastrophic, heavy moments blew me away at first; it gave me musical whiplash. The juxtaposition was absolutely entrancing, especially given the fact that at that time, they had very little music out to sink my teeth into. But as they started to build their discography with Sundowning and the upcoming release of This Place Will Become Your Tomb, it couldn’t be clearer that Sleep Token are doing more of the same thing, thus becoming a one-trick pony.

At first, their minimalistic vibe, coupled with Vessel’s incredibly soulful vocals, suddenly leading to instrumental explosions was mind-blowing, but as they release more and more material, you begin to realize that most of their songs follow this exact formula, and while it does sound great, it gets incredibly stale fairly quick; This Place Will Become Your Tomb is no exception. This reliance on ‘harmonic surprises’, with the surprise being a sudden breakdown or an increase in instrumental intensity, is sure to put many fans completely under their spell. Think of it like the bass drops in dubstep, just a little more nuanced here.

The use of harmonic surprises often leaves listeners under the guise that songs are more interesting or special than they really are. Although sounding very pristine and gorgeous, some of these songs may start to feel underwhelming, thus providing ‘low’ (or rather, not high) expectations at first, but once the sudden breakdown comes out of nowhere, it provides so much satisfaction, as your expectations were shattered. This defying of expectations is what makes this kind of song so effective and addicting for listeners who are unaware of what the magic trick is.

Once you find out the secret to the trick, though, all seems incredibly mundane and dull from then on. Sleep Token are fully aware of this clever musical trick, and as a result, nearly their entire discography abuses that compositional surprise aspect. At this point, their music is no longer surprising and incredibly predictable instead. You can see these crescendos coming from a mile away, and the fact that the slower parts are so drawn out and much longer than they need to be on this album makes it even more painful to get through. There are several tracks (“Fall For Me”, “Descending”, and “Missing Limb”) that don’t abide by this trademark Sleep Token formula, and by that I mean that they’re stripped down and don’t really go anywhere interesting either – these songs just start and eventually end. “Fall For Me” is the worst offender, as that track is absolutely nothing but Vessel singing into a vocoder.

Tracks like “Atlantic”, “Distraction”, and “High Water”, just to name a few, are perfect examples of that cookie cutter Sleep Token formula, in which the song starts off with Vessel’s vocals in the spotlight, accompanied by somber electronic effects or piano, only to kick into high gear later on. I want to say that these are musical climaxes, but they don’t feel as such. Rather than properly building up tension so that it can be released, Vessel’s vocals, alongside the background synths, piano, or acoustic guitar more often than not lead into an abrupt metal breakdown. It just doesn’t feel like a proper climax; as a result, it is nowhere near as satisfying anymore. If a particular song doesn’t suddenly change into a breakdown, then it’s almost guaranteed to consist of Vessel repeating the same several lines for the course of the entire song, but with a jolt of instrumental energy towards the end, as heard on “The Love You Want”.

Despite the uncompelling musical structures, the execution of everything is absolutely top-notch. Everything from the vocals to the synths and guitars/bass/drums is captured so beautifully. It is so enjoyable to follow the main synth melody of a given song and hearing it shift deep into the background while the rest of the band comes in. This attention to detail is impressive, and I cannot deny that. Although Vessel sounds as sexually frustrated and soulful as ever, the ‘best performance’ award goes to the drummer. His beyond creative drum fills have always been the most satisfying part of Sleep Token’s music to me, and that is the one thing that is consistent on this new album as well, notably on tracks like “Atlantic”, “Hypnosis”, “Telomeres”, and “Like That”. It is mind boggling how good he is, and that is really the only aspect of the music that draws me back for more. The creation of these luscious soundscapes is something the group most certainly improved upon since Sundowning.

At face value, Sleep Token’s cryptic being is incredibly intriguing – it has a way of sucking you in, but unfortunately, the overall song composition on their newest record still is as predictable and uncompelling as it was before. I say this as a fan of the band, too. The magic that drew me to them in the first place is no longer there. The way that the songs on this record practically all sound exactly the same causes you to lose interest pretty quickly, and its hulking runtime doesn’t do it any favors. If you listen to music only for the vocals, you’ll definitely get a kick out of this, but if you want something that digs deeper and offers something more to provide a proper album experience, you’re better off looking elsewhere. This Place Will Become Your Tomb tries to be as wide as an ocean but ends up being only as deep as a puddle.