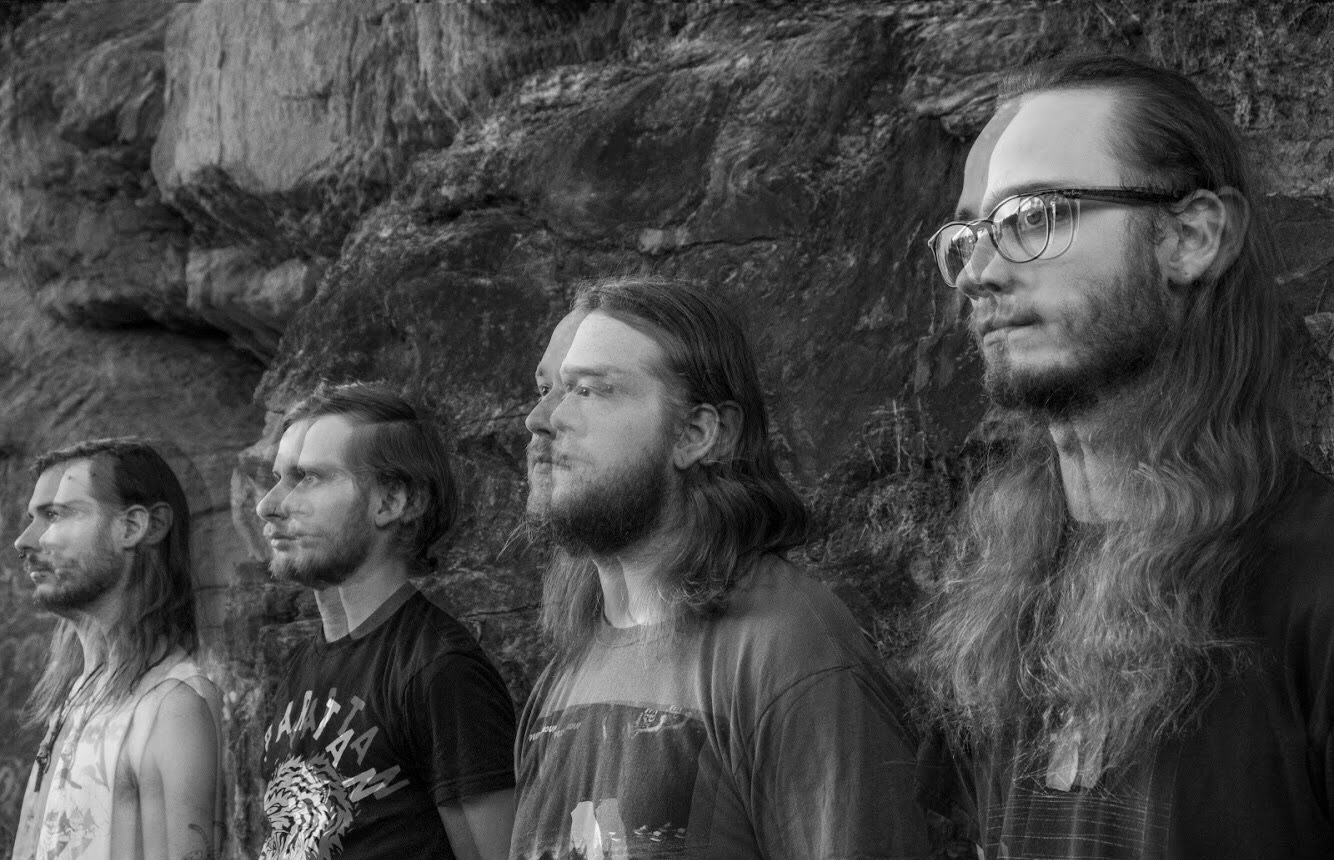 At the peak of instrumental bliss, Shy, Low introduces a highly dynamic and astounding sound to their latest record Snake Behind The Sun, a highly developmental album that showcases some of the most uncompromising sounds by the four-piece post-rock band.

Hailing from Richmond, Virginia, the four-piece instrumental ensemble Shy, Low perform a highly diverse representation of post-rock and post-metal with a grainy and brooding edge. The band have been successful in utilising a variety of sonic and visual elements within their music, from alluring atmospheres that evoke sensational and nostalgic delight to harsh brimming textures that add an immense layer of heaviness to their sound. Whilst this sound appears to be a well-established trait of the band on previous releases, such as 2015’s Hiraeth, there is a more epic and varied sort of craft being utilised on their latest effort, which constructs a whole new level of musicianship and dexterity within the band’s identity.

The record opens with a heart-pounding, distorted instrumental passage on “Where the Light Bends” that instantly provides an energetic boost soon followed by calmer moments of atmospheric tension. The sound instantly resembles an otherworldly sensation that seems like its transcended from a cross-dimensional world. The pounding bass rhythms create an intense drive in this piece that is complemented by the dreary guitar hooks and righteous drum rhythms, bridging the whole thing together quite elegantly. Second track “Helioentropy” opens with a sweet guitar hook that instantly creates a rather nostalgic and fuzz-oriented interpretation, almost as if the main intention is to carry the track into a nocturnal domain. The sweeping layers, implemented by the guitar and bass, create a deep, subtle ambience that shadows the more climactic factors of the piece, which appear to come into effect near the track’s final moments.

“Umbra” is the third song, and arguably one of the best on the record. The way in which the half-dissonant and tense chord progressions open, giving the song more of a post-metal vibe, immediately looks to display that grittier sound that the band can accomplish just as well. The epic qualities on this track are uncharted; the crashing cymbals and crushing bass add so much depth, which is a nice counter-placement to the cleaner guitar sections and cinematic brilliance that is further evoked from the brass incorporation. Additionally, the extra bit of feedback to close the track creates an eerie buzz that catches the listener off guard. This is then seamlessly blended into the next track, “Fulgurations”, which encompasses much of the same qualities of the previous track, utilising the same tense rhythmic passages and wondering depth. These epic climbs and build-ups start to become a staple of the record, constantly shifting dynamics and opening things up to greater theoretical progressions.

“The Beacon” soon follows, bringing with it from the last track a strange static noise that is interrupted by a solemnly harmonic guitar passage, which provides a more gentile and limitless quality to this multi-layered soundscape. Whilst shorter in length in comparison to the other songs on this record, “The Beacon” wastes no time in replenishing this lifelike sonic field of emotional and cathartic energy. The tremolo-picking does a good job at rendering this atmosphere, brilliantly driving the body of the song forward. In a stark contrast, “Fata Morgana” leans more towards the band’s heavier, more direct side, giving off a metallic rise-and-fall impression as demonstrated by the invasive guitar power chord progressions and sharp bass tone whilst the percussion works behind this, making for a momentous and chilling ambience later in the song.

Final song “Decease Spe” follows in the wake of this chilling atmosphere, creating some much more harsher and unnerving vibes. These are provided by the dissonant lead guitar melodies and rampaging power chords, which communicate a penetrating presence that seemingly works its way up to its final climax. You can’t help but feel your head nod along to this last song; your body will feel its intense groove in its experimental nature as well. The epic proficiency “Decease Spe” expands on gives the final few seconds of this track an uncompromising lift only to come to a sudden halt, leaving the listener to ponder what feelings this record has left them with.

From the cinematic-like tension to the dramatic instrumental climbs, Snake Behind The Sun proves to be not just a post-rock classic but also a true craft of musicianship on all fronts. There is something almost unworldly and blissful about this record. The emotional depth and epic crescendos that are explored throughout the album’s runtime make it a must-listen, while the undoubted sheer power and enormous riffs that are explored demonstrate a great sense of musical craftmanship and songwriting ability. Snake Behind The Sun pushes the limits of instrumental rock and metal, invading new sonic ground and creating beautiful and astounding song structures.