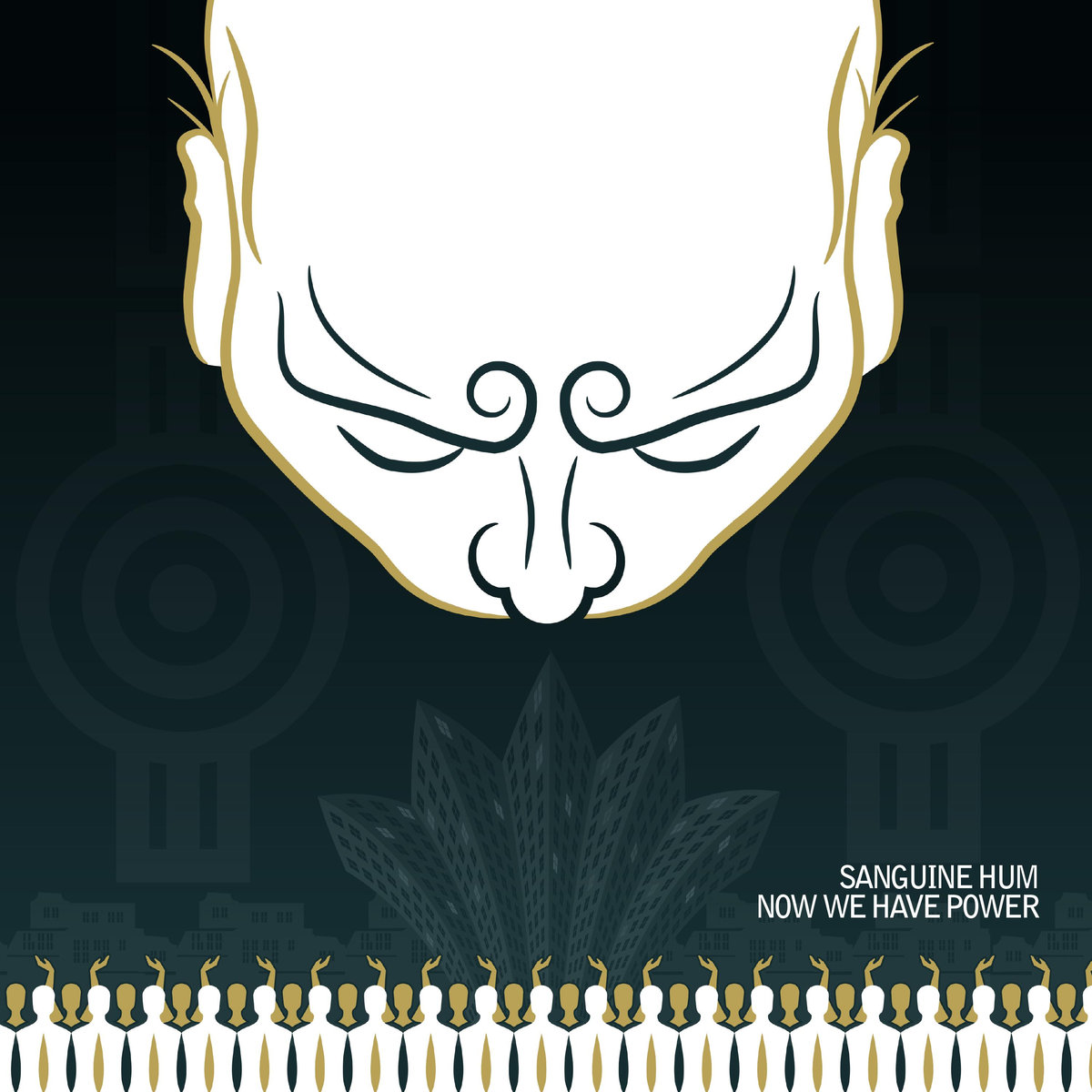 Sanguine Hum – “Now We Have Power”

As a collection of songs, Now We Have Power features some great musical expression and instrumental jams, let down by meandering vocals and a lack of focus. An interesting, rather than satisfying, record.

When it comes to my everyday music tastes, I usually like it full-on, loud, and to-the-point. However, there are times where I’m partial to taking my foot off the gas and calming the ‘F’ down. A good job, too, as Sanguine Hum are all about gentle musical expression, at times to a fault.

The quiet, jazzy chords of “The View Part 1” introduce some of the key signature sounds of the band. The multilayered falsetto voices and retro synth popping in and out of the mix typify the kind of 70s retro vibe that Sanguine Hum are aiming for on this album. Although they keep things pretty lowkey in the dynamics department, the build-up of textures works quite well before “Part 2” takes things up a notch (but only a notch). Featuring a more typical song structure, it also includes the full retro-prog arsenal, from sweeping synths, Fender Rhodes, and clean guitar lines. They leave plenty of space and the darker feeling middle section gives some good, much needed, contrast. The vocals meander rather than focus on a solid melody, which weakens the overall impact however.

Sanguine Hum continue to evolve slightly (within the confines of this retro style) with “Skydive”. This is the first of a few really good instrumental tracks peppered across the album. The heavier drums have a solid groove and the slightly gritter textures and fruity bass gave me the feeling that the band finally had the chance to stretch out a little, compared to the slightly neutered, non-instrumental, tracks elsewhere.

This more energetic feeling returns again later in the album and is welcome. “Pen! Paper! Pen! Paper!” is an asymmetrical burner that once again gives the band a chance to shine underneath some cool Fripp/Crimson-style guitar. “A Tall Tale” returns with the welcome 70s guitar style combined with top-notch playing from the band as they mix experimental rhythms with some solid jazzy and proggy grooves.

Between the other more ho-hum tracks (that I elaborate on below), Sanguine Hum show they do have the ability to surprise. Trumpets (and Flugel?) feature heavily in the amusingly titled “Flight Of The Uberloon”. It successfully mixes Crimson-esque prog with neo-classical leanings. A successful experiment that is also fantastic to listen to.

This collection of standout pieces are all quite short (by prog standards) and would normally be considered interludes to the main ‘songs’ featured elsewhere. However, I found this to be quite the opposite. These were some of the better and more interesting tracks overall.

The rest of Now We Have Power features vocal-focused songs, which is a bit of a mixed blessing to be honest. “Devachan Don”, “Quiet Rejoicing”, and “Speech Day” have some great instrumental moments, but are let down by the vocal style of Joff Winks. The meandering falsetto is not my personal cup of tea and lack of solid melodies to grasp onto as a listener are few and far between. It makes it interesting, but not very satisfying. Combined with these all feeling very similar (muted dynamics, similar instrumentation, etc.), they are pretty unforgettable once finished with.

It’s not all doom and gloom, however! “Bedhead” is great, featuring a structured, rather than ‘floaty’, vocal melody. The guitar, keys and trumpet combo provides some needed variation, like the lighter side of Spock’s Beard in places. The band continue to shine on “Speak To Us”, showing way more dynamic interest than later tracks. This even gives us the classic prog staple of the ‘angular guitar and Fender Rhodes’ combo, mixed with some of those sweet, sweet synths. It evoked memories of 70s Zappa at his best.

The finale of “Swansong” starts off in the usual acoustic/meandering way, but is bought to life during the solo section and builds up some interesting textures and synths towards the end, though it’s a shame about the fade out.

TOO SUBTLE A BLEND

Maybe the overt subtitle approach and laid-back nature of the band was a little lost on me? Maybe I’m not the audience for this? Well, this is definitely not the case. I grew up listening to Soft Machine, Gentle Giant, Camel, Supertramp, etc., plus am a serious jazz head as well. I just felt that Now We Have Power never really got going and wasn’t consistent enough over the whole experience.

Vocally, it’s definitely ‘Marmite’. If you love the kind of shoegaze unfocused style of Radiohead, then you might lap this up. For me, more connection with the music would be better, rather than it floating fairly aimlessly above it. All this is a shame as the band plainly have the ideas and musical chops to create great music, but maybe not enough to sustain interest over a full one-hour album.