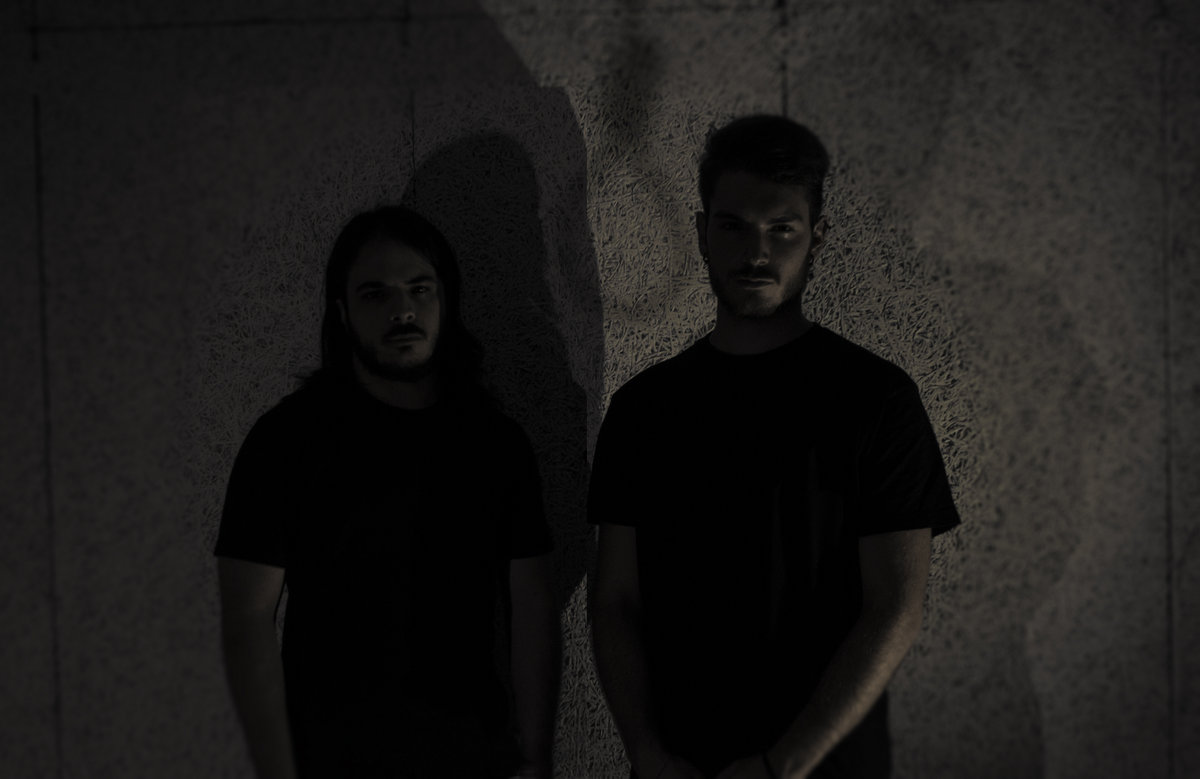 Obliterate your mind with the harrowing debut album by RØT, The Black Pill, a pristinely executed exploration of the darkest side of humanity.

I was never a ‘deathcore kid’. I wasn’t ever opposed to it, either, and I was around it a fair amount growing up – in the earlier half of the 2010s, the town where I lived had a music scene consisting almost exclusively of death- and metalcore bands. I was 15, I was in a tech death band, I went to gigs and thought I knew everything about metal because I was into Gorguts – so I was already a bit of a snob. Unfortunately, my bandmates at the time were even more pretentious than I was, and there was a fair amount of condescension from them towards the local ‘core’ bands. I guess as I got older and deeper into black metal, death metal, sludge, and progressive metal, a lot of the ‘core’ genres, and specifically deathcore, kind of fell off my radar, to the point where I think I assumed that style of music would never really make sense to me because I wasn’t into it enough at the ‘right time’ in my life.

Italian duo RØT completely disproved that assumption as soon as I heard their debut album, The Black Pill. I was only really scoping it out, in my mind I hadn’t committed to writing about it yet. And I just couldn’t turn it off. As reviewers, we often talk about albums being gripping, or stunning, or demanding attention. What I experienced in The Black Pill was the physical manifestation of all three things. This album literally stunned me. I don’t think I moved for the majority of it, one hand on the volume knob, one on the space bar, neither doing anything. Both my hands were asleep by the time the album ended. It’s not just a great album musically; it’s got a fascinating sense of narrative.

It becomes clear very early on that The Black Pill is a concept album that deals with the murderous sides of the human psyche – specifically, what would drive an individual to commit a mass shooting. The album summarises, to me, a journey into raging misanthropy, from feelings of being an outcast that turn to jealousy, hatred, and finally, madness. It’s so fucking heavy, both in terms of lyrical content and the musical backing. This is not the kind of thing I usually go for. I like my metal a little bit sloppy, and The Black Pill is anything but that. The production is exactly what you’d expect: huge, tight, very precise, and very punchy. The guitar tones are nothing groundbreaking, but exactly what’s needed, with the exception of incredibly creative guitar-gone-synth layers that sound just amazing in context. I’m usually opposed to synthy tones in metal, too, with a few exceptions; I feel they tend to verge on cheesy, but these are grating and badass, reminiscent of Shining’s spectacular album Blackjazz.

“Depression Turns Into Violence” is the embodiment of many things I dislike in modern metal – super tight drums, gating everywhere, lyrics that are confrontational and edgy – but I really dig them here. It’s such a jam, if it’s okay to call a song with such disturbing subject matter that; I love all of it, from the stuttering guitar breakdowns to the stupidly quantised drums. Earsplitting tritone chords and jarring rhythms, all topped off with desperately screamed vocals, every gasping breath audible? Sign me up. I played this song, again and again, when I first started delving into this album, and it just didn’t get old. I could hear nerves shattering. The whispered line ‘pull the trigger’ before a final, crushing explosion of a breakdown, should be cheesy, and is cheesy, but it’s so fucking good. This shit sends chills down my spine.

One of the lighter songs on the album is “Brigade Of Rejects”, but don’t let that fool you – it’s still grim as fuck. The song explores a kind of hive-mind mentality, a state where our main character has found like-minded people, building up each other’s twisted views of society and justice. For a song that’s so fucked up lyrically, and that starts with an absolutely disgusting dissonant guitar line, it very quickly becomes tantalisingly singable. “Brigade Of Rejects” ends with its dangerously catchy chorus, preceded by a breathtakingly simple, heartfelt string section; one of my favourite moments of contrast on The Black Pill.

Another standout for me is “New Age Terrorism”. Its main riff uses screaming harmonics, something I’m always a sucker for, and it manages to be both totally evil and so vulnerable. The vocals on this track are on point too, ranging from fry screaming to plughole growls, whispers, and clean singing. The song is sweetened, much like “Brigade Of Rejects”, by a brief string chorale, before its black metal climax pushes it to its edge and straight into a ridiculous breakdown, and it ends up drowning in its own distortion.

This album is not an easy one to listen through in one go. Everything about it is intense, chuggy, and harsh. I come out the other side again and again feeling like I have lived an entire, fucked-up lifetime, one I didn’t consent to experiencing. You just don’t get a break here. It powers on, there are very few glimpses of light or safety, it’s just riffs, breakdowns, dissonant chords, screaming, for close to an hour. From its eerie spoken introduction to the huge, grim closing track, this album is overwhelmingly distressing. It’s no secret that I prefer the bleaker sides of music, but I never set out to find the darkest release possible. This year in particular, perhaps as a result of the pandemic and all of the social injustices that have been on our minds, I feel a lot of music has gotten very dark. The Black Pill is one of the gloomiest things I’ve heard this year. Perhaps not being as familiar with the genre has magnified its effect on me – something about the way this is heavy is refreshing, it’s dark in a way that I’m not used to. It’s certainly an ambitious debut, and extremely well-executed – RØT are a force to be reckoned with.