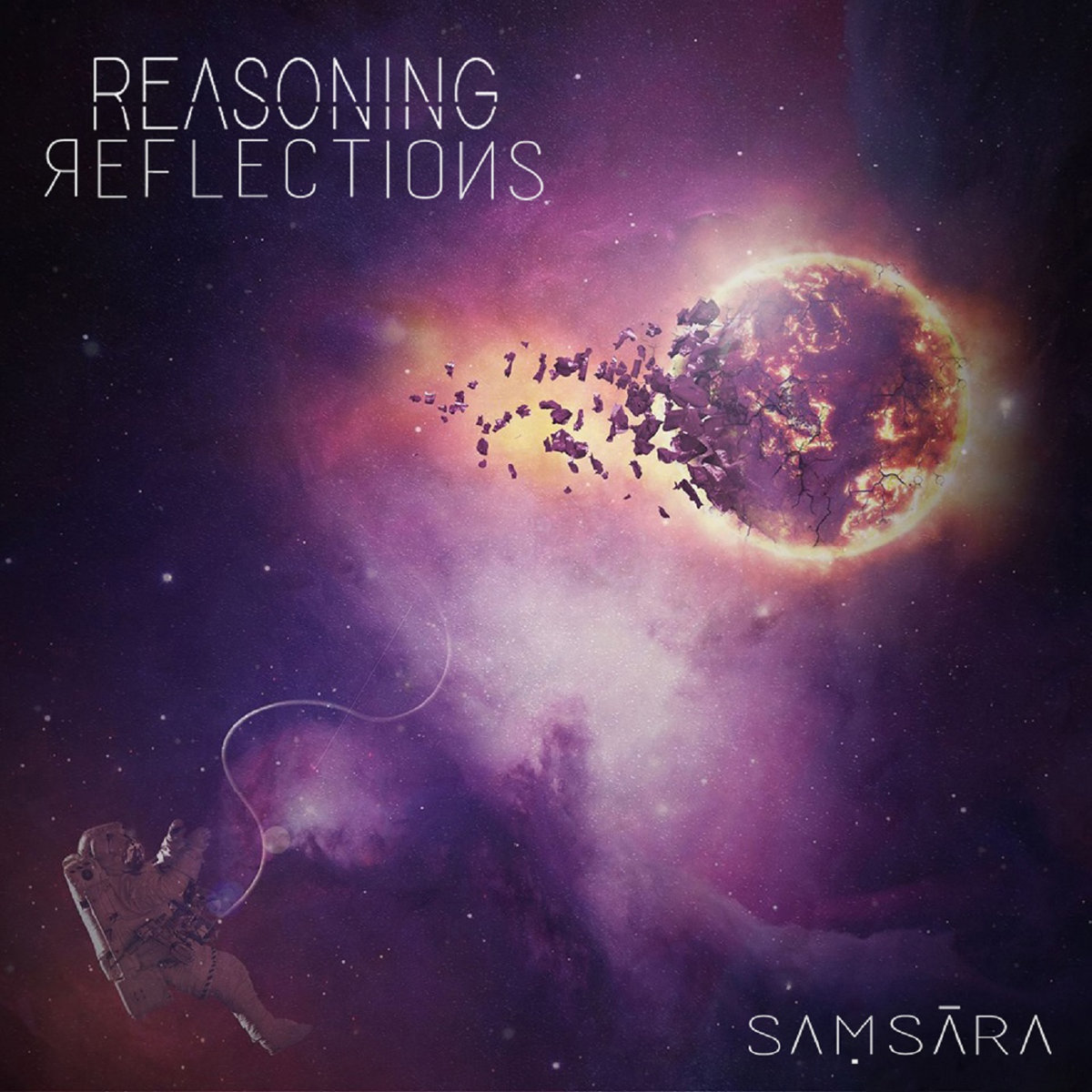 By Robert MiklosJanuary 7, 2020 No Comments

Reasoning Reflections are a progressive death metal band hailing from the capital of Cyprus, Nicosia. They are comprised of Alex Kinanis who handles the vocal duties and writes the lyrics, as well as some of the songs; Sevan Dakessian on bass, Marios Lemonaris on guitars who also handles some of the composing, and Panayiotis Tyrimos on guitar as well as backing vocals and production. Saṃsāra is the band’s debut album and while it is a fairly promising record, it doesn’t deliver a flawless experience.

First off, the record isn’t exactly skinny, boasting a nearly fifty-minute run time spread across nine songs. Compositionally, it is also fairly dense, featuring an array of layers that intertwine which are packed with action. It is clear that the band is taking cues from the developments of the genre from the past decade, especially from the likes of Ne Obliviscaris emulating the soft acoustic/raw death metal contrast. There’s also a strong riff/groove-based element present, which is almost overbearing; I feel like this hearkens somewhat in its form to bits from Gojira. While all these elements are executed properly along with everything else that’s going on, they seem to lack a certain diversity or dynamic to contrast with their consistency. This whole consistency thing is a rather common issue among metal bands especially as it is the easiest point to use as a strength, going towards the monotony which is too much consistency.

The guitar work could also use a little more pizzazz to make it more engaging as it is basically the backbone of the record, aside from the percussive layers. It’s obvious that the band is still strong on their individual musical influences and they are attempting to craft their unique take on what they want to deliver, however this whole affair has not fully bloomed. I’m certain that in due time it will properly crystallize. The band makes use of some ambient touches and synths besides the acoustic sounding interludes to achieve a more melodic and simultaneously proggy effect, although it feels somewhat subdued in the mix. Performance wise, I can’t say there are negatives in particular – it feels like everyone is on their A-game and execution is nowhere near an issue. While the vocal delivery is quite good, I feel that this is where the diversity aspect would’ve been most welcome. The whole delivery is quite linear and very rarely strays outside of the rumbling low growls.

The concept of the record does manage, in my opinion, to salvage some of the drawbacks of the record. As the band puts it on their Bandcamp page, ‘It’s a short sci-fi story about cycles of death and rebirth of the universe as viewed from the human perspective. With duality as the main premise, the story explores the various stages of the universe pivoted around the human presence and psyche.’

Which sounds pretty neat and it’s rather aptly contoured and fleshed out by the lyrics. Although musically, not as much of this concept manages to transpire in the vibes that emanate ultimately. However, the vocalist’s diction is crisp enough to make out quite a fair chunk of the words so immersiveness can be attained. Speaking of immersion, there are two other aspects that hold me back from being fully immersed into this album. First, it’s the fact that the production is kind of flat, as if the spaciousness and dimensions of the layers has been stripped away, leaving the sound stage bland. Second, it would be that the songs feel interchangeable. There doesn’t seem to be plenty of particularly memorable moments that make each song easily identifiable. Thus, you could swap them in any way and it wouldn’t break the flow of the album.

Sure, like I said in the beginning, it’s not a flawless album, but Saṃsāra is a good debut. There aren’t a lot of bands even nowadays that create masterpieces on their first go – they are actually rare phenomenons. Reasoning Reflections definitely have plenty of prowess to achieve something great, it’s only a matter of time until we see how they will choose to manifest this. I’m certain if they keep at it, the results will likely be surprising for everyone around.