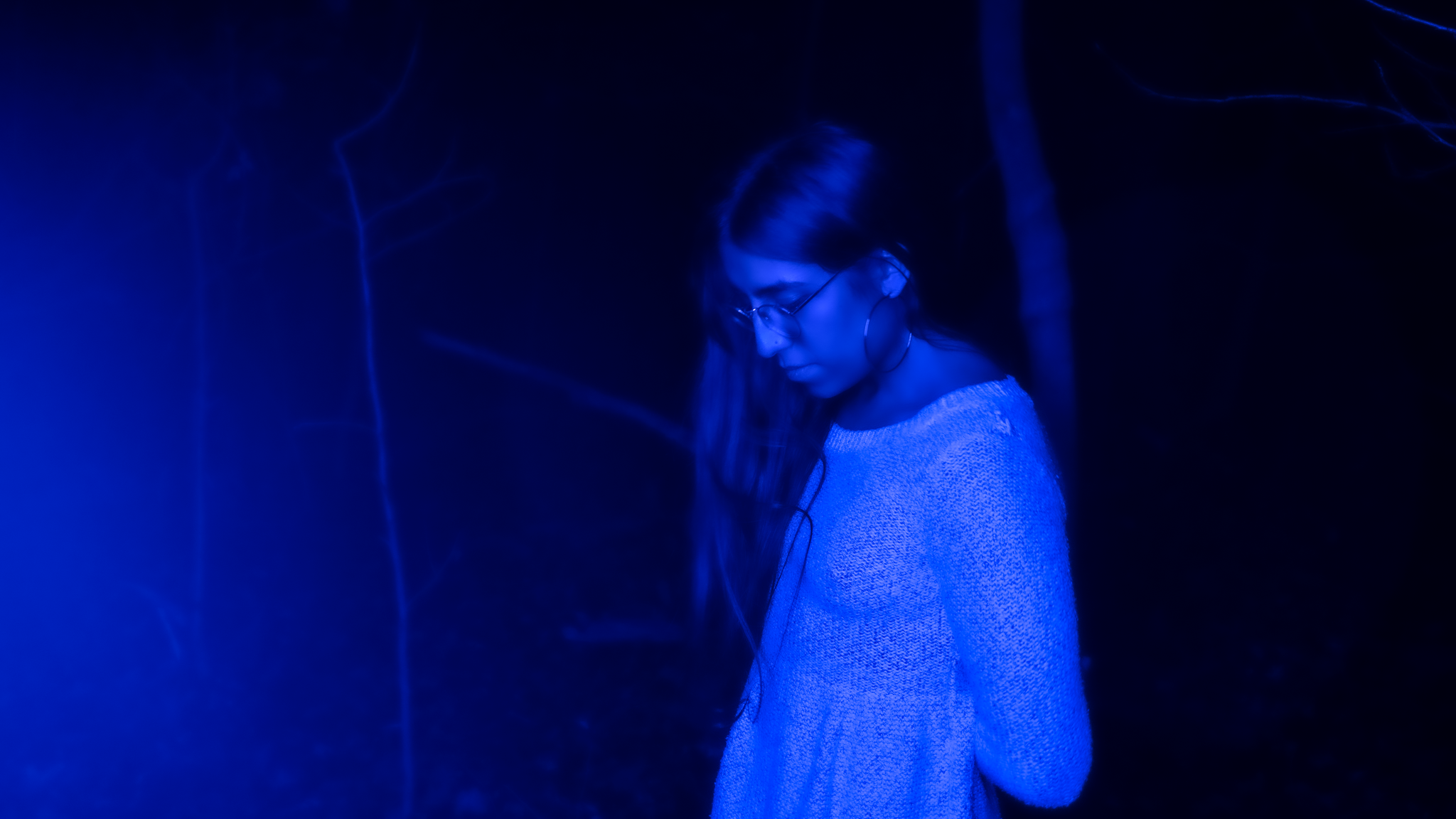 By Nick GoslingMarch 1, 2021 No Comments

Quite unlike anything you may have heard before, Our Hands Against The Dusk is an emotionally devastating mirage of sonic diffraction, bending the extraordinary musicality of Rachika Nayar into an explosion of miraculous hues.

I am continuously blown away by music’s apparent capacity for perpetual reinvention. Over the course of centuries we have seen – or rather heard – tones and timbres, structures and sounds neatly categorised in such a manner that it’s often hard to imagine what more can be achieved without adhering to these pre-established conventions. Yet artists like Rachika Nayar stand as proof that we are still barely scratching the surface of what is possible.

From the opening shimmer of “The Trembling of Glass”, Nayar establishes her peculiar brand of ambient electronica, using heavily chopped and processed guitar loops that barely resemble the instrument in question to construct a celestial sonic landscape. Between soothing vistas of ambiance and the sound of raindrops crashing against panes of glass, this album already stands apart from others of its ilk.

As the glitched-out loops and reverberant synth pads give way to delicate, clean passages of intricate solo guitar, my mind is drawn between the prismatic IDM of Max Cooper, the composite emo of American Football, and the cinematic euphoria of Brian Eno and Dead Can Dance. But the result is indeed worth far more than the sum of its parts, and frequently I am forced to make abstract parallels to describe it with any semblance of fidelity.

As someone who’s new to Nayar’s work, it would not be an overstatement to express that I was immediately blown away by her unique, and often divergent, portrayal of fragility. As alluded to before, Dusk draws from a wide pool of influences and personal experiences, and this genetic make-up of Nayar‘s music comes across with marked cohesion. One could describe the result under numerous umbrella terms, but not without doing a disservice to the album’s full scope.

From her small-town upbringing, familial background, and expansive musical tastes, Nayar has established a truly unique sound, and the multi-faceted nature of this first album suggests there will be much more to follow. Reading into the press release gave me a brief but insightful background of Nayar, and it’s clear to see how much her music and personal life have been intertwined: ‘Delving into modern composers, Midwestern emo, uplifting trance and beyond, learning different genres felt like being apprenticed into various emotional identity-kits, she says – a sensation that felt echoed throughout her young adulthood coming into her trans femininity, drumming in queercore bands between NY DIY spaces, or reconnecting with family histories as an Indian-American.’

With each musical facet offering a diverse approach to the vulnerable designs of the human mind, the album explores myriad depths of emotional experience, sometimes heartbreaking, often euphoric. On tracks like “Losing Too Is Still Ours”, another album highlight twhich she says discusses ‘learning to let go of people and pasts with grace, even after very painful or violent events‘, one can hear these moments of both the strength and fragility in Nayar‘s life, however implicit they may be. It is clear that the four years of composition that went into this album have allowed Nayar to dive deep into her psyche, and as an album with pure emotion as its crux, it is all the better for it.

As a visual artist in her own right, much of Nayar‘s music is intrinsically linked with her accompanying visual representations. From her self-made music videos and stills, which typically feature bright neon photography and images of human connection, we can see her music through a means that words could never define. Consider the album artwork, an image of two hands locked in embrace, this portrait of connection summarises the enveloping quality of Our Hands Against The Dusk. A portrayal of intimacy, and indeed perhaps a metaphor for the comforting nature this resplendent album has on its audience.

As someone that pours through ambient music on an almost daily basis, it’s easy (and often comforting) to get lost in the predictable ebb and flow of the genre. But every once in a while it’s invigorating to come across an album that stands alone with its inventive grace and affecting messages, a colourful star amongst a sky of white satellites, a coral reef amid otherwise calm waters. Our Hands Against The Dusk is one such album, and as an affecting collage of kaleidoscopic sound, and as a reminder that music is ever-growing, I am grateful that it exists.