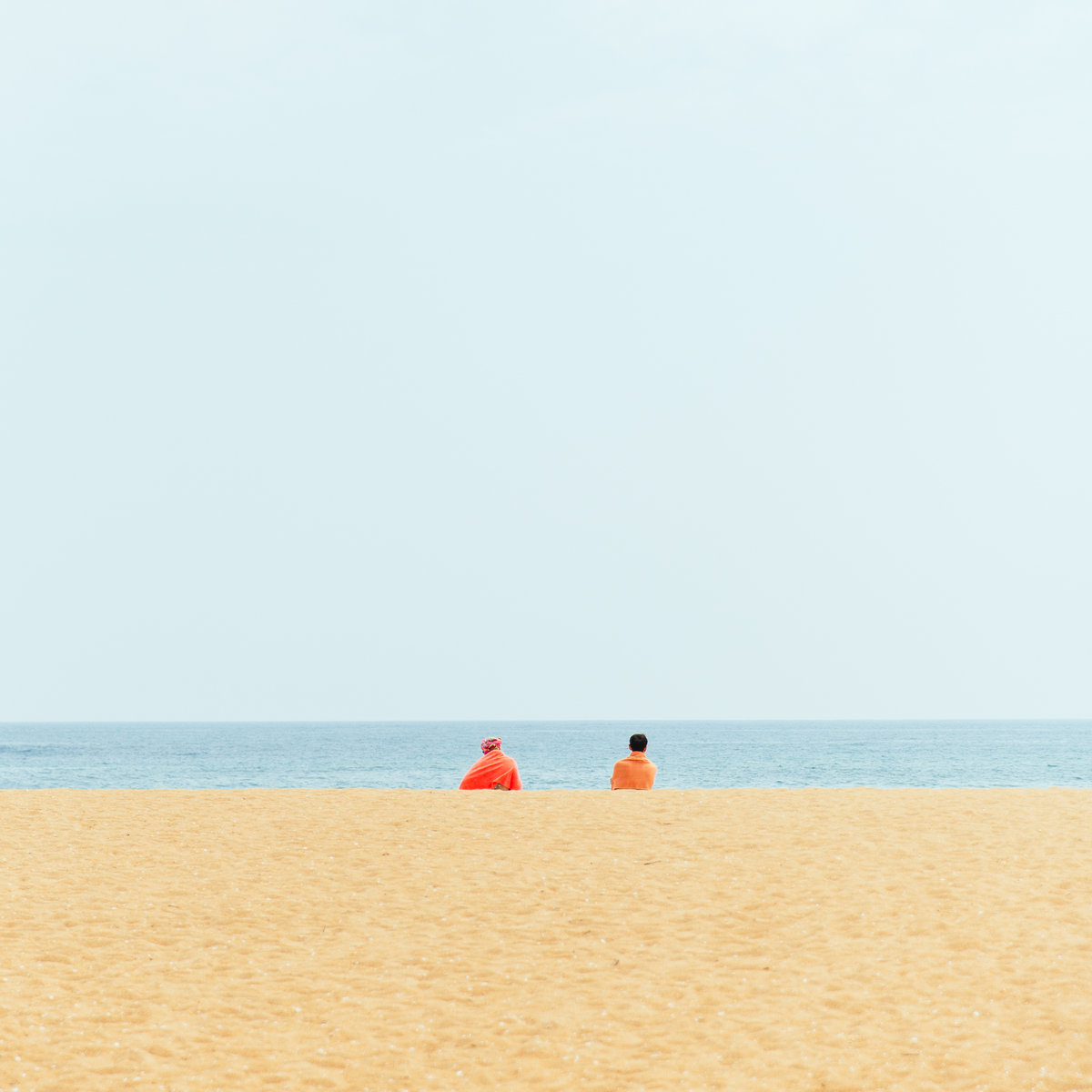 By Billie HeltonFebruary 16, 2020 No Comments

Low Season sees a pretty significant change in Poolside‘s style, but this just goes to show that change isn’t always a bad thing.

I have been a big Poolside fan since their debut album Pacific Standard Time back in 2012. Its chill electronic sounds were a great accompaniment to the band’s really unique disco vibes, and I still don’t think I’ve heard anyone pull off that whole ‘daytime disco’ thing quite as well as these guys. 2017’s Heat saw an expansion on their sound in pretty much every way, from tempo to the actual instrumentation used. It’s still a somewhat regular listen to me, and now Low Season seems like it will be joining the club.

I could tell Low Season was going to be a hit from the very first note on the opening track “Abandoned Tunnel”. That is because I am a sucker for saxophones, and this album begins with a two-and-a-half-minute-long soulful sax solo. Poolside jump right into their signature sound with “I Feel High”, which kicks off as the first track winds down. Their typical funk-tinged percussion with retro synths comes in confidently, joined shortly after by the vocals of Ben Browning (Cut Copy).

While you will certainly find a lot of what makes Poolside so unique in this track, it doesn’t take long to notice a pretty significant difference in style. “I Feel High” feels much more influenced by pop than anything on Heat or Pacific Standard Time did. The opening seconds of “Can’t Stop Your Lovin'” will really hammer it in – this is a bit of a new look for Poolside. Yes, the mellow synths and disco influence persist, but more often than not they are overshadowed by the indie-style vocals and much more poppy synth hooks. This track is probably the most radio-friendly thing Poolside have made to date. It has a really strong Hellogoodbye or Toro Y Moi sound to it, with the vocals feeling more front-and-center than they did in the past.

That being said, I don’t necessarily find this new sound to be a bad thing at all. It just so happens that indie pop is one of my favorite genres of music, and for a group that’s danced around the edge of sound for years now, I can’t say it’s coming completely out of left field. If this album were executed poorly we would be having a different conversation, but the music on Low Season is really good still. The classic Poolside sound is very much there, and you don’t have to dig deep to find their usual influences. Their soundscape has evolved, however.

This album feels way more accessible than any of their past music, which was already really welcoming. Low Season has absolutely massive hooks; instead of just being inviting to the casual listener, these songs are earworms that are very likely to have anyone who hears them in passing seek them out for more listens. “Around The Sun” is one of my favorite songs of the year so far, and a huge highlight of the album. I think you could show this to just about anybody and they couldn’t hate it. It’s an incredible feel-good song that makes you want to sing along and dance to it. The disco groove is strong, and the feature of Amo Amo gives it incredible life. It makes me wish for summertime, just laying somewhere and soaking up the sun. If these vibes were any stronger, they’d melt the inch and a half of snow that’s been persisting for the last week here. I can’t wait to drive around with the windows down and this song on when the warmer weather comes.

That’s the big thing with Low Season – it makes you feel good. The retro synths are warm and nostalgic; the whole thing is incredibly mellow and great for a listen at any time. It’s not an incredibly deep listen either. There is a lot going on at the surface level that just melds together really well, making for a relaxing time. If you’re the kind of person who likes something more substantive, there are a plethora of sounds dancing around in the background. “Losing Control” is a great example of this, with its subtle guitar melody that harmonizes with the synth throughout the last minute or so.

Not every track on Low Season has the same level of accessibility. All of the tracks with featured artists are more vocal-driven, and those are the ones I think could find a ton of radio success if the right people heard them. But this review would be nothing, and I would be doing Poolside a huge disservice, if I didn’t remark on the closing track, “Sunrise Strategies”, at least momentarily. This is an absolutely beautiful and simply dazzling piece of music. It begins with the light plucking of an acoustic guitar, which is already totally different. Tycho-level ambience and bass grooves help to flesh out this airy and organic track. It feels more like the group’s early work, but matured and a lot more refined than their first album. The last couple of minutes play out with droning synth notes accompanied by bird chirps, and it really just ends Low Season on a unique and very high note.

If you’re listening on Spotify (as I have been), the moving visuals of Low Season are the perfect explanation of the sound and vibe. Scenes seemingly pulled from the 70s or 80s play out, split between dance halls and beach scenes; images of people surfing will change to a couple spinning in dazzling lights. You can’t find a better way to describe this iteration of Poolside. Part of me wants to be out on a boat or sitting on the beach enjoying the weather, while another part of me just wants to get down to these funky tunes and make a damn fool of myself. Either way, I’d be having a blast, and it would be thanks to Poolside.