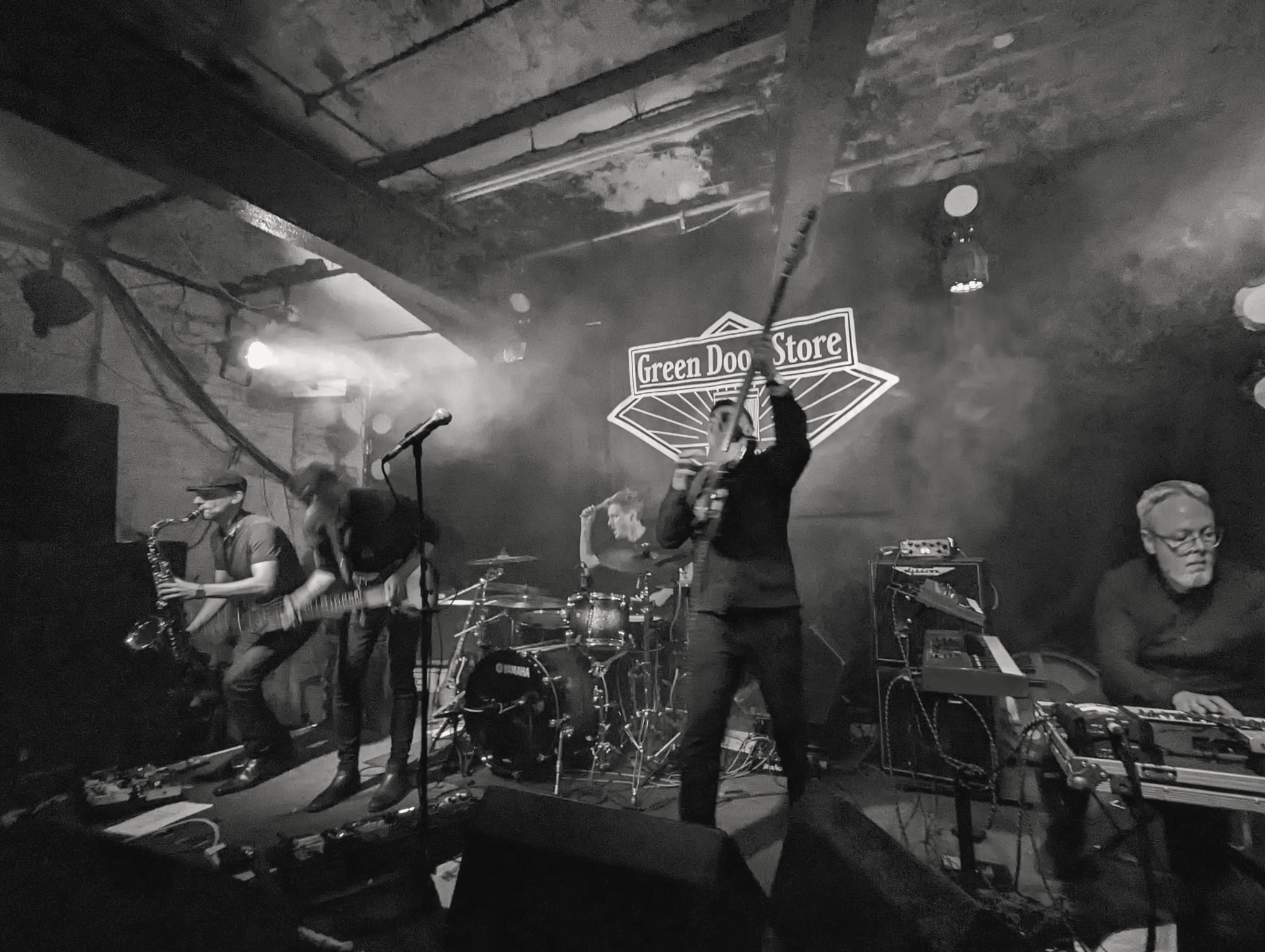 By David RodriguezDecember 8, 2022 No Comments

How do they do it? Poly-Math offer no answers as to why or how they keep their output in the upper echelon of progressive, math-based circles with Zenith. It simply is.

Charting the career path of Poly-Math is a feat I don’t wish to embark on; suffice it to say it’s been a very endearing, impressive one so far, making a name for themselves as one of the preeminent progressive rock bands out ever since their ass-kicking 2018 album House of Wisdom | We Are The Devil. Then again, I tend to overcomplicate things – maybe all that needs to be said is just that. Unfortunately, we’re a site that prides itself on professional standards, so me saying ‘band good’ in my best caveman voice isn’t gonna cut it.

Not familiar with Poly-Math? Wow. Okay. Let’s start slow then. They’re now a five-piece with Chris Olsen joining as their saxophonist. From Brighton and London, they’ve spent the last few years making some of the finest (mostly) instrumental progressive/math rock you could find, from the UK or otherwise. Up there with the likes of The Physics House Band, you can listen to any Poly-Math release and bathe in its abject artistry, punching in with dense music and dancing gracefully with more moody music depending on where you’re at in their moderately-sized, yet dignified discography.

Zenith is more of the same, a phrase usually used to damn a project’s lack of diversity and progression, but for Poly-Math, change is a constant. Even as they dig back into their older sound from their earlier years with Zenith, it’s not so much retread as it is repaved entirely. If you read my reviews for The Cadaver Tomb Pt. 1 and Pt. 2, you’ll find me making similar statements – apologies for the repetition, but it’s the nature of the proggy beast before us.

From the opening bass lick to the final moments of feedback that neatly loop to the beginning’s cold open again, Zenith is prepared to challenge you. It’s not as avant-garde as some would like, but that’s not what you come to Poly-Math for. It’s actually kind of hard to describe the expertly way they navigate both complex song structure (like, literally – I don’t have the vocabulary or music theory know-how to do it) and the way they just make their tracks move. The Cadaver Tomb albums took their time, a reflection of the era they were written and built in, but it’s evident that the fivesome may have been holding back. Not creatively, but with raw potency.

No such concern here, as Zenith is immense yet concise at only 35 minutes and some change. Each song is here to take you on a trip with shifting, metamorphosing sections linked by musicianship that often escapes succinct description. It’s a force, one propped up by intrigue and great writing. One of my favorites is “Canticum I”, which has some of that The Mars Volta worship I love so much with its mathy guitar and fried tone that Omar Rodriguez-López adored in his early work with the band. There’s also a lot going on between the saxophone and guitar on the song’s climax, matching each other so well you’d be forgiven if you had to wonder if it was a war or dance between the two.

“Proavus” has some real fire to it with a rough-and-tumble ascending build-up toward an abrupt end, like climbing a tall hill only to smack into thick tree up top. The bass is thick, drums are on point, and guitar is absolutely fierce here. The more jazzy influence shows itself on “Mora”, a slow(er) burn of a song caked in ambience, but stirs up some nice, warm, rainy melodies with cleaner, sparser guitars and abundant sax play. It’s one of the most approachable songs of its kind since White Ward‘s “Rain as Cure”. It’s the calmest track here, but also one of the most impactful by far.

A zenith is defined as an imaginary point above a specific location, particularly that of the celestial sphere. Makes sense – if Poly-Math had ever been grounded before establishing its nadir, then perhaps they’ve elevated upward above it all with Zenith. This seems to be the modus operandi of the band; upward and onward, progressive music in the truest sense. I have no catchy statement for us to share on Facebook with the link to this review beyond that. It’s just uncommonly great music, forming either a rollicking, swirling nightmare to conquer or a beaming representation of adept, arcane musicianship depending on your view. I get the feeling the band don’t care either way – they’ll still be here choke slamming expectations through the floor with each output they do.