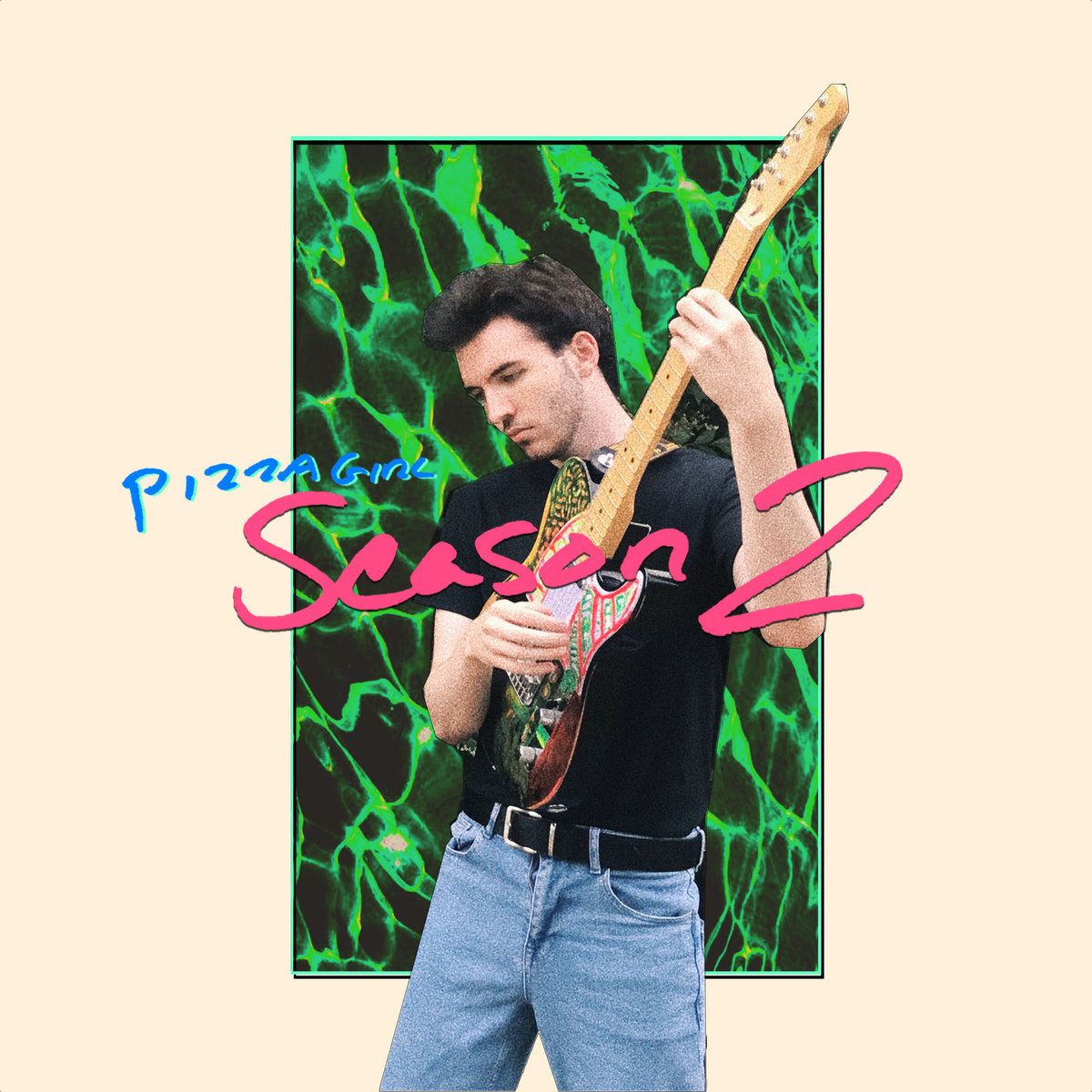 By David RodriguezDecember 29, 2018 No Comments

pizzagirl reaches into the pastel-coated preoccupations of 80s pop and pulls it into the present, where dreamy aesthetics still reign the indie scene for a neat take on modern pop.

Pop music really does get a bad rap. Between the hipster indie crowd, holier-than-thou heshers, and hip-hop heads, it’s easily the most harangued and hated-on genre in my experience. This reads as simple prejudice to me because even a cursory peeling back of the mainstream layers of your Lady Gagas, Taylor Swifts, and Katy Perrys shows that there’s a lot more than meets the eye, and some artists are out to do some interesting things with the sound. pizzagirl is one of them: a one-man band looking to make some waves, you might say of a vapor variety.

pizzagirl‘s approach to pop is quite understated. Liam Brown’s vocals can be almost monotone at times, synth instrumentation is sparse even at its most lush moments, and the whole thing smacks of bedroom production. Nowadays, some of the most affecting music can be produced by one person in their own home, so this isn’t a knock against the album, simply an observation. Plus, listening to season 2 reveals a cozy, hazy pop album coated in a subtle dreamy, vaporwave-like aesthetic that is probably only possible with this approach to music creation.

The opening notes of “body part” are the only proper introduction you need; somber and humming synth lines with Brown’s vocals blanketing the mix. The song opens up with more full-bodied production, including some crisp and snappy drums, but tracks find the most comfort in their lighter moments. Often, you’ll hear pizzagirl capitalize on this, coupling lyrics about warm memories, love – both lost and unrequited – and other musings. I’d be remiss not to mention “kisses xx”, which is a tender little song with an interesting lyrical hook that I liked: ‘All those demons in your head/Tuck them into bed/Give them kisses for me now’.

The 80s influence is also a force to be reckoned with. With as much space as season 2 has in its songs, it’s an easy comparison to make, but I don’t know how you can hear a song like “highschool” and not spontaneously grow a perm on your head and swan dive into your mom’s closet for matching pastel-shaded clothes (tracksuit, anyone?). The bright synth melodies, poignant piano, and dreamy vocals are tailor-made to soundtrack a John Hughes coming-of-age film. “blossom at my feet, flower” is similarly hedged, utilizing harmony between vocals and the sunny synths for a neat chorus evoking various 80s ballads.

With only six songs to this project totaling 22 minutes, it’s hard to levy any substantial criticism against season 2. It does get a bit repetitive even if you’re accustomed to the sound, and Brown clearly has one-track thinking when it comes to his intentions for pizzagirl‘s music, no matter if it’s more multifaceted than it initially appears. There’s still a hefty amount of love and effort that went into the music, but I’m curious how long it can be sustained on its current trends. “gymnasium” shows that he’s apt at changing the formula up when he wants, so that’s something I would definitely like to see more of if there’s a third season planned.

This music may be too nostalgic for some, and fair enough, but it escapes the branding of a simple aping or intimation of a bygone sound by bringing some subtle millennial chill to the forefront. And that’s particularly what I recommend you do with this music – chill. Sit back and relax, or go about your normal daily routine. Regardless, pizzagirl has crafted a nice companion for you that’s unobtrusive, reflective, and at times groovy and danceable for those impulsive moments you feel like moving around. Give it a listen, and I’m certain you’ll find something great to pull from it.