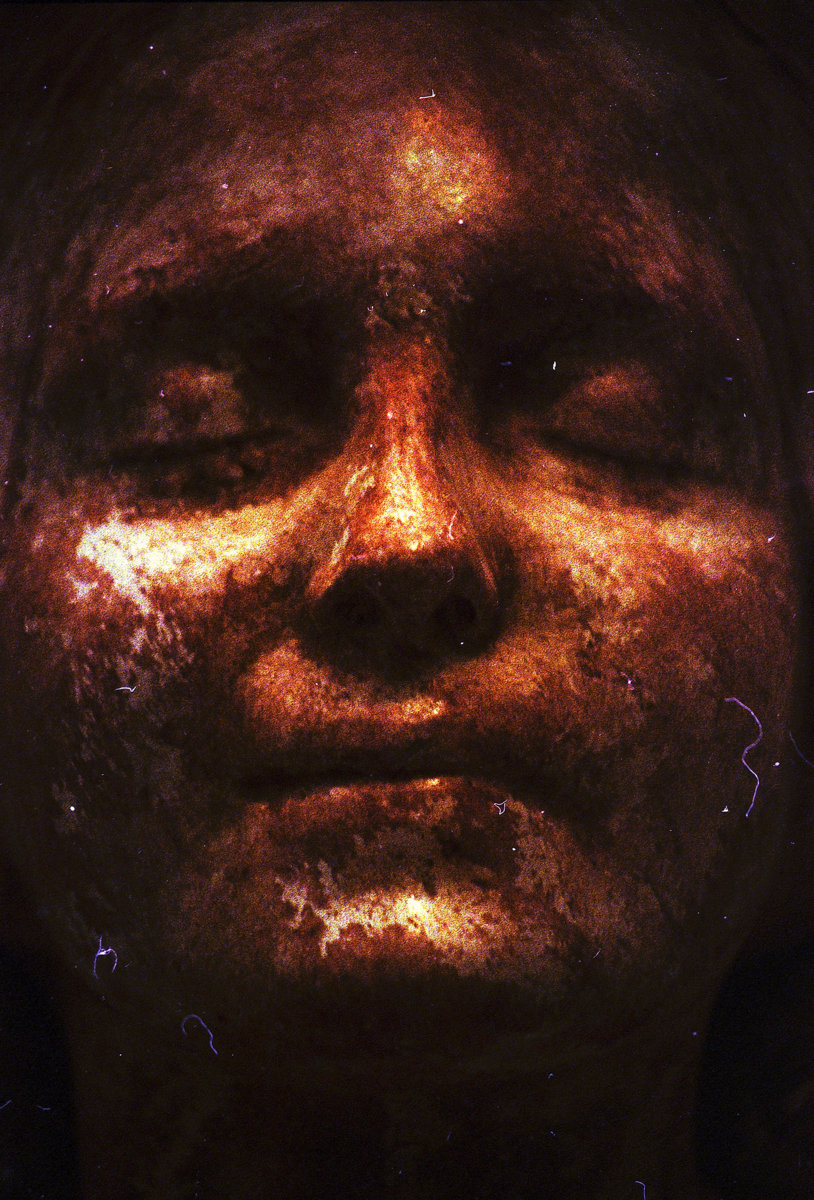 On the unbelievably daunting and suspenseful Mondo Decay, Nun Gun redefines the meaning of haunting dread and unnerving ambiances in musical context.

Do you remember those ancient times before such things as streaming platforms were nothing but an odd glimmer in the future, and buying albums tended to be a hit or miss experience? Aside from perhaps having heard the albums in question elsewhere or having read something about them from magazines and so on, the decision to pull the trigger on any given release was made more or less based on the artwork, and the names of the artist and the album itself. Even though those double-edged days are merely a memory today, one can still utilize this model of visual and linguistic stimuli as the defining factor when it comes to digging into new music. The results still vary just as widely as ever, with the exception of not having to gamble with your hard-earned pocket money.

As said, you’ll never know how it goes down whenever you hit play based on nothing but the parameters described above. I recently landed on the most positive possible outcome after seeing the name Nun Gun attached to an image of a rust-cloaked face of what appears to be a sculpture of a woman, with her eyes closed and her expression suggesting either saudade or distress. The artwork should be enough of a reason to listen to whatever musical being is laid before you, but honestly, I was already sold by the name alone. How a band called Nun Gun even could be bad?

Nun Gun is an audiovisual collaboration between the visual artist Brad Feuerhelm, and the musicians Lee Tesche and Ryan Mahan, whose new effort Mondo Decay will be released on February 19. In case the latter duo rings a bell, that’s most likely due to them being two fourths of the highly acclaimed experimental rock group Algiers. There is something similar in the musical aesthetic of both when it comes to the drive and instrumentation, but Nun Gun is an entirety of its own, and therefore you’re better off for jumping in on it without prejudice or expectations. I’d advise you to do just that, since Mondo Decay is first and foremost an experience, and a terribly impactful and dreadfully powerful one no less.

While I could certainly enjoy and appreciate the haunting tones of this experimental and noisy post-industrial doom-jazz album already during my initial listen, it took a few listens for everything to fall on its place. While thematically drawing direct and blatant influence from the Italian Mondo films, being a reconstruction of sorts of the combined works of select film composers and their scores for these often repulsive and off-putting pseudo-documentaries and exploitation flicks, Mondo Decay contains a highly original and unique atmosphere and approach throughout. While I personally have absolutely no appreciation towards the initial trend Nun Gun derives their aesthetic from, the translation in between manages to fully erase the distasteful connotations, leaving us with a cinematically dynamic album swinging between subtle and epic proportions with ease.

As noted earlier, Mondo Decay is an amazing album, despite its detestable datum. This is largely due to the fact that no matter how you look at it, the meticulous attention to detail and related unrestrained instrumentation creates an utterly engulfing mood every time you listen to it. It is such an immersive experience, that neither time or place are of significance as the sub kicks pummel your chest and the haunting melodies scrape your eardrums, all the while the persecutory vocal samples provide an overlaying sense of anxiety and dismay via hints of context and shreds of narrative.

I also think that one aspect that speaks volumes about Nun Gun and Mondo Decay‘s cohesive and unified nature is that I really struggled to pick any individual tracks for direct scrutiny, and doing that somehow didn’t feel justified at all. You were met with track embeds throughout this article as habit dictates, but know that those are the singles the act wanted to present you with as examples of what they’re all about. And with that in mind, I’ll personally abstain from valuing any isolated song more than the other by dissecting them here. After all, my primary goal is to pique your interest for good music while enjoying it myself, and if I didn’t manage to do that already, then either I failed miserably or there’s something not right on the reflective end of your screen. So to avoid any further astonishments or queries, I’ll say this: please, listen to Nun Gun or you’ll live to regret it.