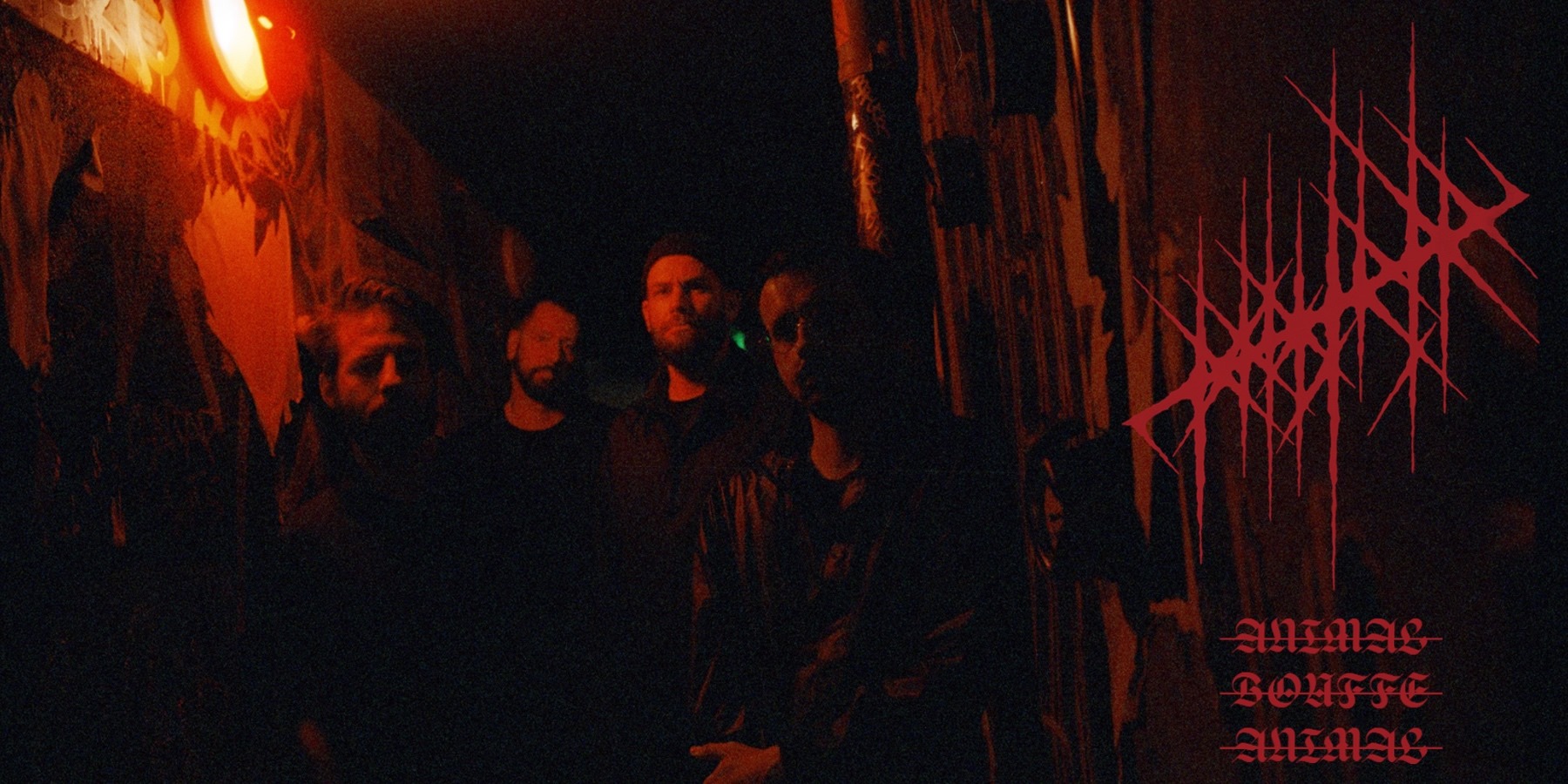 By Jake WaltersFebruary 20, 2020 No Comments

Every time I think I understand the boundaries of black metal, I am quickly proven wrong by a band who manages to blindside me with some untapped well of creativity. I have stated in a multitude of reviews of my love for the genre and its seeming endless flexibility, and I will sound like a broken record once again, as Mourir have managed to find a new way to conjure magic from from the established framework of black metal. Animal Bouffe Animal is a lurching, dense album that is as unsettling as it is overwhelming. What’s more is that for all of the fulfillment that the record offers, there is a healthy dose of subversion on in the glacial crevices as well.

The opening moment of the album is a wall of sound that immediately showcases the stellar production in place. The double-time trem picking and drumming slow to half when the vocals arrive, giving them their proper spotlight and also shifting the apprehensive dread to full-on horror. The pained, howling screams are effective here and manage to find a good balance between throaty wretch and screams borne from the guts. “Sentir le Vide” is a strong opener that demonstrates the strengths of the band, while setting the expectations of what will follow.

Even though Mourir isn’t what I would consider an ‘atmospheric’ black metal band, the mood of Animal Bouffe Animal is incredibly important and a differentiator. Tracks such as “Foutu pour Foutu” and the title track, “Animal Bouffe Animal” that take their time by lurching toward an inevitable end, rather than rushing things are where this album (and band) shine the most. The palpable sense of foreboding that encases these songs makes for an engaging listen that crushes everything beneath it. Even on the more uptempo tracks, such as “Parole de Hyène”, are submerged in the pained atmosphere. Having such a cohesive identity throughout diverse compositional approaches is a key indicator of talent and a smartly produced album.

Given the weight of a record such as this, pacing and diversity are key in keeping things fresh enough to avoid boredom. Mourir nail that here. Song lengths vary from around three minutes to nearly nine, and there are some moments within nearly every song which shake things up to avoid listener fatigue. The first minute of “Ton univers mental m’épuise” is an airy atmosphere, before the fury begins and the horrors return. Then, after a minute of this, a mid-tempo groove is presented, all while keeping the us under their sonic thumbs. Smartly constructing an album like this just feels so mature and it’s something that many bands could benefit from. Cheers, Mourir.

It’s usually at this point where I may nitpick a few things if I found them along the way. Frankly there’s to criticize, at least not to my ears. This is one of the best black metal releases I have heard in quite some time. The production is incredibly rich and highlights the backbreaking atmosphere. The pacing is basically perfect, and the seething instrumentation and vocals will haunt my dreams for a while. Animal Bouffe Animal is an experience that warrants your attention, there’s magic in it.