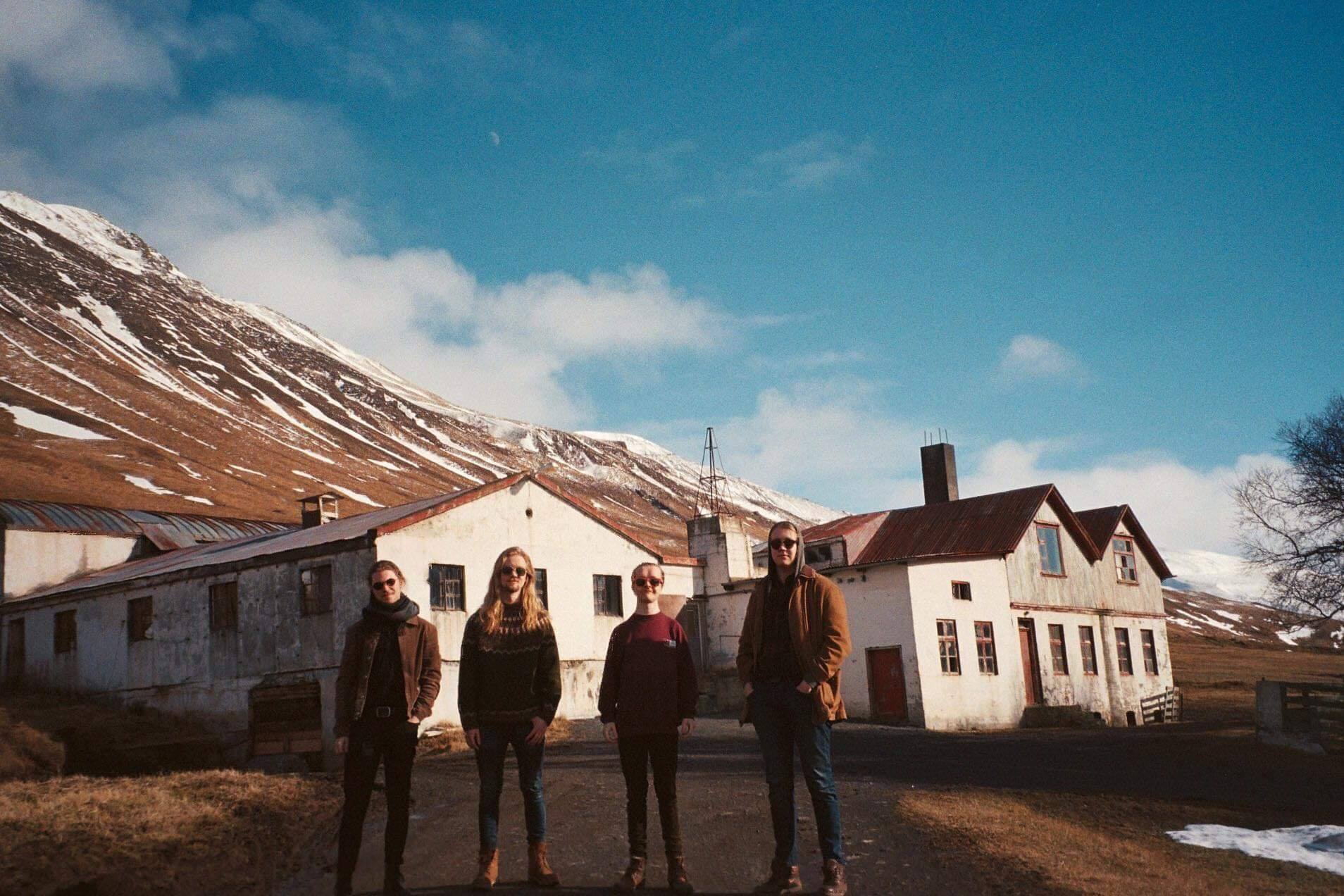 With bands like Lucy In Blue going strong, I’m glad that modern bands can emulate and pay respect, and still add their own modern flare over a wonderful genre. In Flight is a smooth ride through the seventies.

Man, there must be something in the water in Iceland! I chose to review In Flight by Lucy In Blue because they were described as psychedelic progressive rock, and who doesn’t love psychedelic prog? Then I did some research, and discovered that they were from Iceland. From there, I knew I had to buckle my seat belt, because I was about to go on a ride; a forty-plus-minute ride to the 1970’s, to be exact. A ride in an airplane, possibly? Like, a flight? In Flight is to be released on April 12, 2019 via Karisma Records.

Right from the first seconds of the album, I was welcomed by a chill Pink Floyd vibe. The recording quality, the guitar’s distortion, and the keyboard patches sound like they were lifted straight from the seventies. In Flight starts with a two-part song entitled “Alight”, the first being a mellow intro. The second part of “Alight” begins with drummer Kolbeinn Þórsson hitting you with some tasty fills. Þórsson shines throughout this song, as well as the rest of the album, showing off his immaculate chops.

His rhythm section partner in crime Matthías Hlífar Mogensen carries the third song, “Respire”, which is a beautiful number laden with lush pads and organs from keyboardist Arnaldur Ingi Jónsson. Guitarist Steinþór Bjarni Gíslason shares vocal duties with Jónsson; they experiment with cool vocal effects throughout the record, providing even more of a psychedelic feel. “Respire” may be my favorite song off of In Flight. It’s just a wonderful throwback to yesteryear where all band members display their gifts without stepping on each other’s toes.

“Matricide” is Lucy In Blue‘s first single off of In Flight, and it is a great and catchy song, taking a page out of Blue Oyster Cult‘s book on using more cowbell. Following that is “Nùverandi”, another open, slow-tempo song channeling Pink Floyd in which Jónsson’s synthesizer lead takes flight over more clever grooves from bassist Mogensen. The tone of the bass on this record is just incredible. Next up is the fast and energetic “Tempest”, where Jónsson uses many organ, synth, and mellotron effects to lead the charge.

Then we have the title track, “In Flight”, which is just brilliant. Excellent vocal harmonies over mellotron and organs make for a classic psychedelic prog formula. Gíslason performs a very spacey guitar solo over the middle section – a true highlight of the album! This is one of the record’s stronger tracks as well. I don’t mean to knock on the other songs, but “In Flight” is truly wonderful. After about forty minutes of voyage, In Flight lands “On Ground” with its final song. “On Ground” features more mellotron, organs, and dual vocal harmonies. What a beautiful and trippy way to end the record!

In Flight is only Lucy In Blue‘s second record, but they already sound like they have been around forever. If you didn’t know that they were writing music in 2019, you would think they were from way back in the day. I totally understand why so many bands of this era make music from other times, especially the era of psychedelic rock. There is something about psychedelic progressive rock that will never go out of style. With bands like Lucy In Blue going strong, I’m glad that modern bands can emulate and pay respect, and still add their own modern flare over a wonderful genre. No need for any motion sickness pills, In Flight is a smooth ride through the seventies.