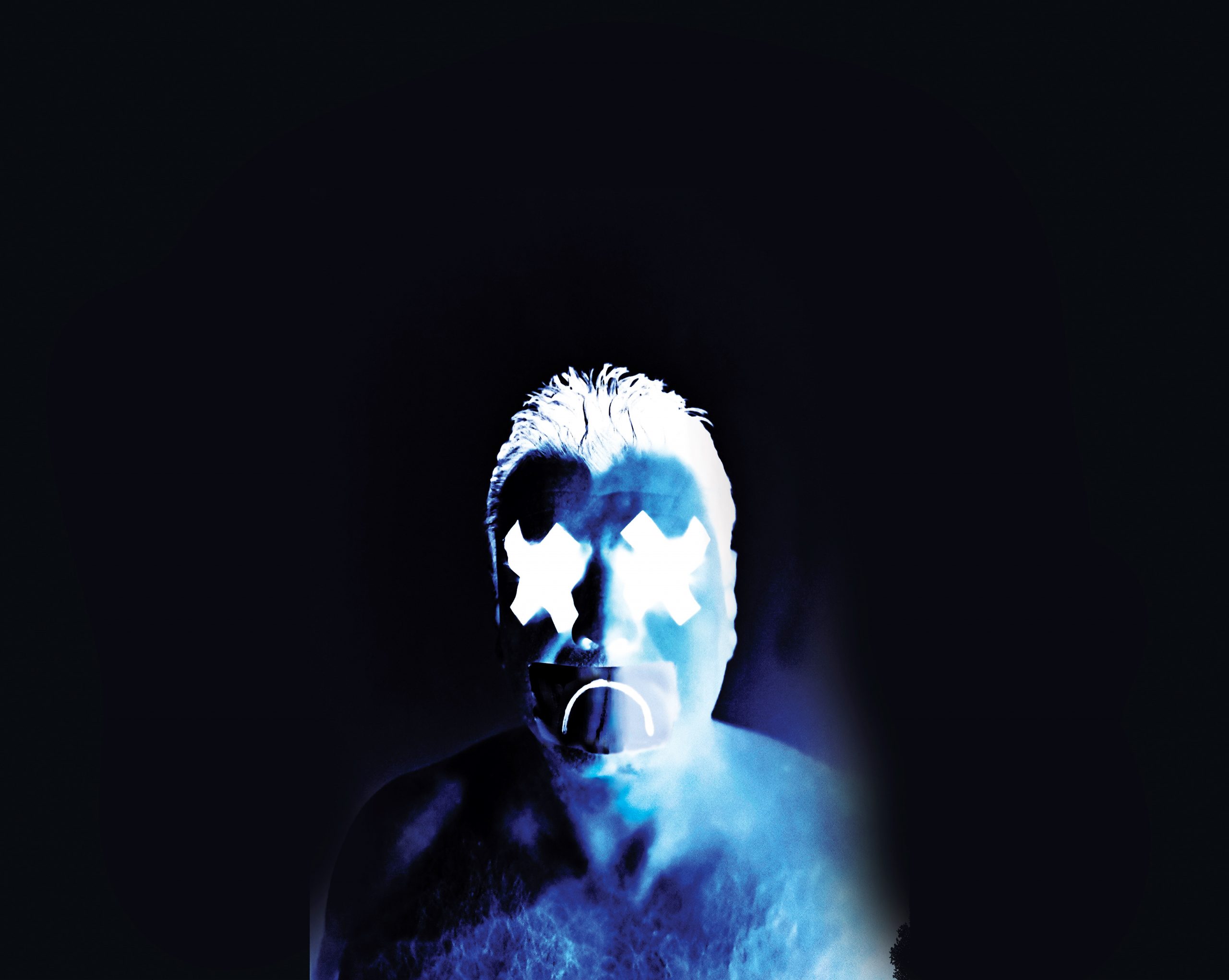 Back in April, InsideOut Music and John Mitchell hosted the public premiere of a full-album animated music video for Under Stars, Lonely Robot‘s previous album. Directed by Miles Sarkin, it was a delight with fitting images of space, our astronaut protagonist, and some truly fascinating sequences that lead from song to song. During the premiere, Mitchell (prog rock extraordinaire who heads Lonely Robot and performs in Frost*, Kino, It Bites, Arena, etc.) chatted with us and explained some of his process in putting Under Stars together, but the most newsworthy thing by far was that a new album was on the horizon. He wasn’t kidding – about a month later, Feelings Are Good was announced with a single following soon after.

This was newsworthy beyond the normal ‘oh wow, one of my favorite bands are coming out with a new album!‘ way, because Under Stars ended the Astronaut Trilogy of albums the project was built on. Mitchell didn’t lay the band to rest for good with that album, but it was uncertain where they would go, if anywhere. My simplest elevator pitch for Lonely Robot is that it’s for people who love their prog rock sincere, clean, and emotional, without a ton of pomp in the presentation. You may think a conceptual band like this that market(ed) and structure(d) their music behind the infinite expanse of space would be rather…pompous, but it’s all in the execution, and frankly, this band’s execution is quite tame by modern prog standards.

Back in my review of Under Stars, I likened their music to a ‘really good PG-rated science-fiction movie‘, and I always felt like I should have expanded on that more. The sci-fi part is likely self-explanatory given the previous records, but why a movie, or why PG-rated? In the best way possible, Lonely Robot are non-threatening – a little acerbic at times, but exploratory, whimsical, and resplendent, just like the sky views we’re often treated to from our little floating rock. In short, they make me feel like a kid again.

With the story of Lonely Robot behind us, Mitchell – purported to still have a ‘personal lyrical axe to grind‘ – grounded himself and focused on the things that matter to us humans. Much of this album has to do with feelings (go figure) and unmasking them, daring to feel, daring to share. The off-putting album art is just that for a reason, as heavy-handed as it may be. Perhaps we need to evaluate how often we allow people to see into our eyes and feel our intentions, or how often we speak our truth to others instead of hiding it all. There’s definitely something to be said for being vulnerable, which allows others to show empathy toward us and build a connection.

Maybe the easiest entry to the album is the one Mitchell gave us himself: lead single “Life Is A Sine Wave”. For those that aren’t engineers, physicists, or haven’t gotten destroyed by math in a long time like me, I’ll remind you that a sine wave is an oscillating curve that shapes itself with peaks and valleys – highs and lows, just like life indeed has. It’s here that you hear the shimmering synths that seem to melt away any anxiety. You hear bold bass; bass that’s comfortable holding down the rhythm fort with the drums, but still stands on its own regardless. Guitars aren’t action-packed with eccentric, progressive riffing and angular, pretzel-fingered fretwork; it’s all melodic and pervasive in a sensual way. Who knows, maybe this music will be the thing to peel the tape off your own eyes and mouth.

Lonely Robot are versatile, though, and while “Life Is A Sine Wave” is the lower-middle of the road tonally for the band, they harbor a good mix of tempos. “Into The Lo-Fi” is quite upbeat for instance, Mitchell having some fun with vocal processing during verses and backing vocals. The refrain of ‘rewind‘ hints toward a longing for how things use to be in the past, when things seemed to be more real and simpler for our singer. “Spiders” is a bit more dense with swirling synths, a deeper bass punch, and more fiery guitars and vocals. It’s also a bit more sinister in tone than most other songs, but higher-tempo nonetheless.

Still, I think the band sound best when they really slow things down and write a lovely ballad. “Crystalline” sounds somber with a piano-led melody and some real reflective lyrics:

Later there’s a line that says ‘everything feels crystalline‘, a reference to how things may be clearer to you – crystally so – in retrospect, after the pain subsides or after you’re able to process it in your own way. It’s one of the most emotional songs Lonely Robot have written, and it’s truly affective to me and anyone else who has had bridges burned in your wake. “The Silent Life” rides similar waves with a lighter orchestral, heartrending feel like “Crystalline”, as does “Grief Is The Price Of Love”, which is our acoustic closer.

Emotions, love, expression: it’s all fair game, if a tad trite for a prog rock band. The thing is, Mitchell and his collaborators (namely Craig Blundell on drums, who also works in Frost* as well as with greats like Steve Hackett and Steven Wilson) are so adept at making you feel, nearly any topic will do. Years ago, many of us fell for an astronaut whose story had some parallels you could relate to, so this isn’t exactly new territory. The different framing and lack of a more concrete concept has pushed the band into newer territory though, showing they can soar on, making new stories for us to sing to, and more statements to ponder.

Lonely Robot are doing what they do best, but now unrestrained and uninhibited. It’s highly approachable prog rock you can even trick your parents into liking (and honestly, they may take to some of the messaging more than my own generation would). Regardless, there’s something here for many music fans, and while they haven’t changed a bit to me, they still feel reborn and perhaps reinvigorated to take on something contradictorily bigger than space: earth. Good luck, boys – this planet has been a fixer-upper for centuries.