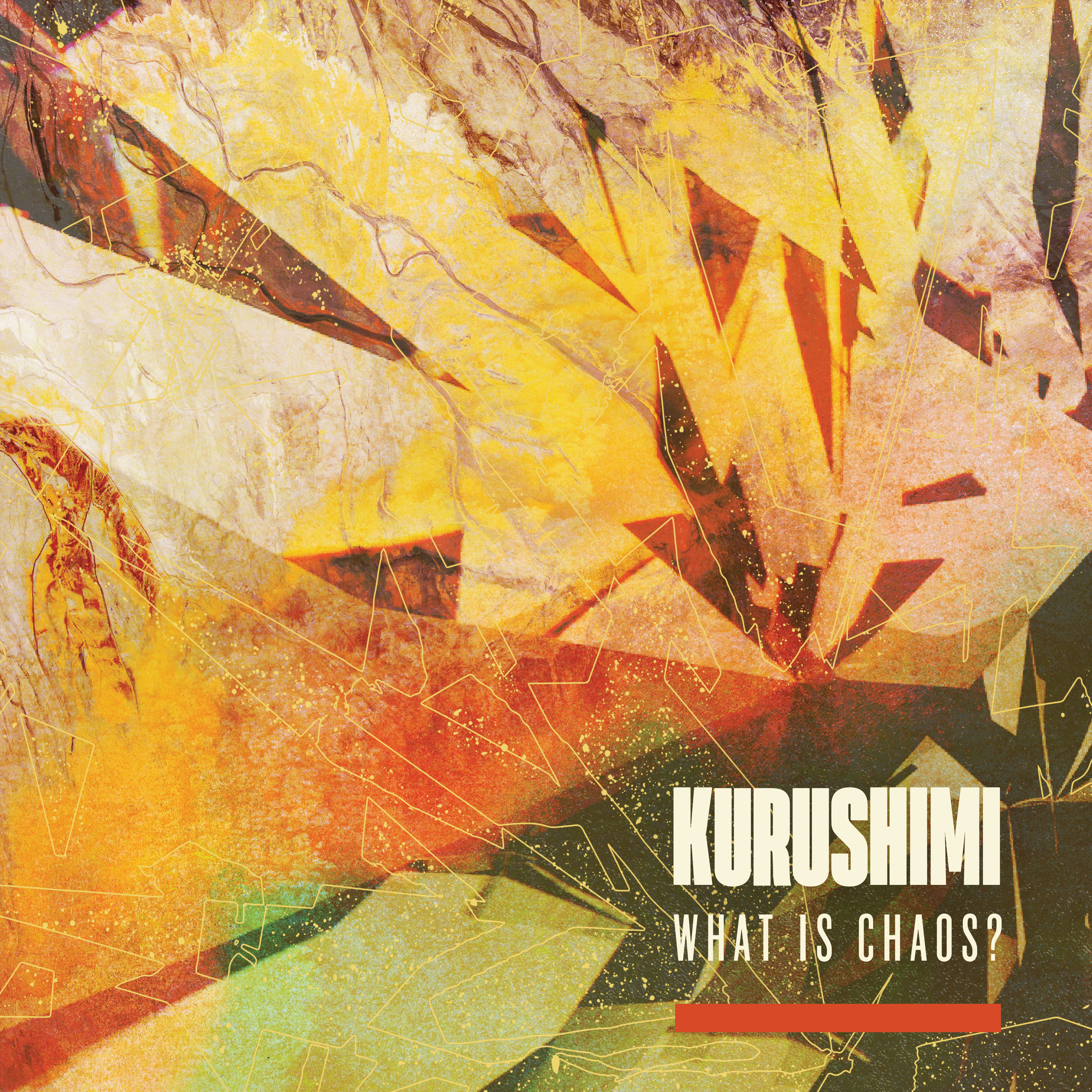 Strap in for some terrifying noise-jazz with Kurushimi, the epic movie soundtrack to your ill-fated two-week vacation in the event horizon.

The name of the game here is chaos at all costs, and in this record we plunge straight into the depths of it. Those who have dabbled in the acquired madness of experimental metal, pulverized with the nuances of avant-garde jazz, may find portions familiar. Across the breadth of this anarchic musical spectacle, we pick up snippets of the bass sounds used by Les Claypool in his bleaker moments, and the distinctive audio blitz of Mr. Bungle‘s 1995 album Disco Volante. And much, much more beyond this.

To provide one last name-drop, What is Chaos? is from the Nurse With Wound school of music, with an added dollop of metal music production. It’s rare that you will find any cognitive rhythm or solid narrative in the record. The parts are vast, scattered, and sprawling, like a broken machine filled with warped cogs which no longer seem to interlock. The album roars in protest against musical conformity.

The opening title track, “What Is Chaos?” is an ample demonstration of this. Our first introduction to Kurushimi‘s latest unhindered spectacle is a slow burning one, with the resonant screaming of guitars and Japanese sax so acute that we know we are dealing with noise merchants of the highest standard. And so the pace is set.

However, there are still a great deal more surprises to be found in the album. From this opening, we move to “C8H10N4O2”, a grind-inspired, borderline-flatulent discharge lasting only a minute. We actually get a few of those short ravenous outbursts along the What Is Chaos? journey. They serve as unrestrained instrumental cacophonies, which shake the foundations of the more foreboding formations found in the longer tracks. But even at these points, we find a general metal-oriented semblance. Heaviness is never far from the epicenter of Kurushimi‘s contorted delights.

The further into the album we progress, the more we learn that each track is a jagged treasure of its own design. Epic centerpieces such as “Embracing the Delicious” prove that What is Chaos? is the experience which keeps on giving. Wonderfully unnerving vocals, bleating saxophones, and brooding pianos have just much as reason to exist as the smooth jazzy conventions found in “A glimpse of a Thursday afternoon” or the spacey reggae motions of “A smile, A wish”.

But even the clearer musical moments are snared within the mechanical ethics of Kurushimi‘s songwriting. They often sound desperate to survive amidst the splatter of screeching instruments, sonic feedback and AWOL drumbeats, all of which create an inescapable sense of unpredictability during what may otherwise be only lateral points of the record. Were we naive enough to think there would be a respite period at some point along the way? Oh hell no. So is it all part of some sort of plan? Only Kurushimi know the answer. And they won’t tell us.

The final act of What is Chaos? marks a potently scarier climax to the rest of the album. And from here, as clarified in “Feast”, the soundscapes grow ever more interesting, even after everything we’ve heard so far. The saxophones adopt a frantic and artistic David Lynch quality where they become relentless and unforgiving, taking precedence over everything else. A patiently visceral onset begins in “I know You (istuwari no kao)”, a musical body which is far from in good health. All the intervening noises manifest like nightmarish sneezes, discharged in a further garbled plethora in the last track, “Arachnophilia”.

So what actually is chaos? According to Kurushimi, chaos is frenzied yet well crafted, disjointed but expertly structured, obscene to the ears but impossible not to absorb and enjoy. Civilized humanity may crave order, but what about all the other bits of matter, space and time? What is Chaos? indulges the concealed part of the psyche where the only freedom is found in sheer meteoric dissidence. Imagine being the band to pick up a set of instruments and harness that! Well Kurushimi did it, and the result is as impressive as it is alarming. Enter if you dare, miss at your peril!