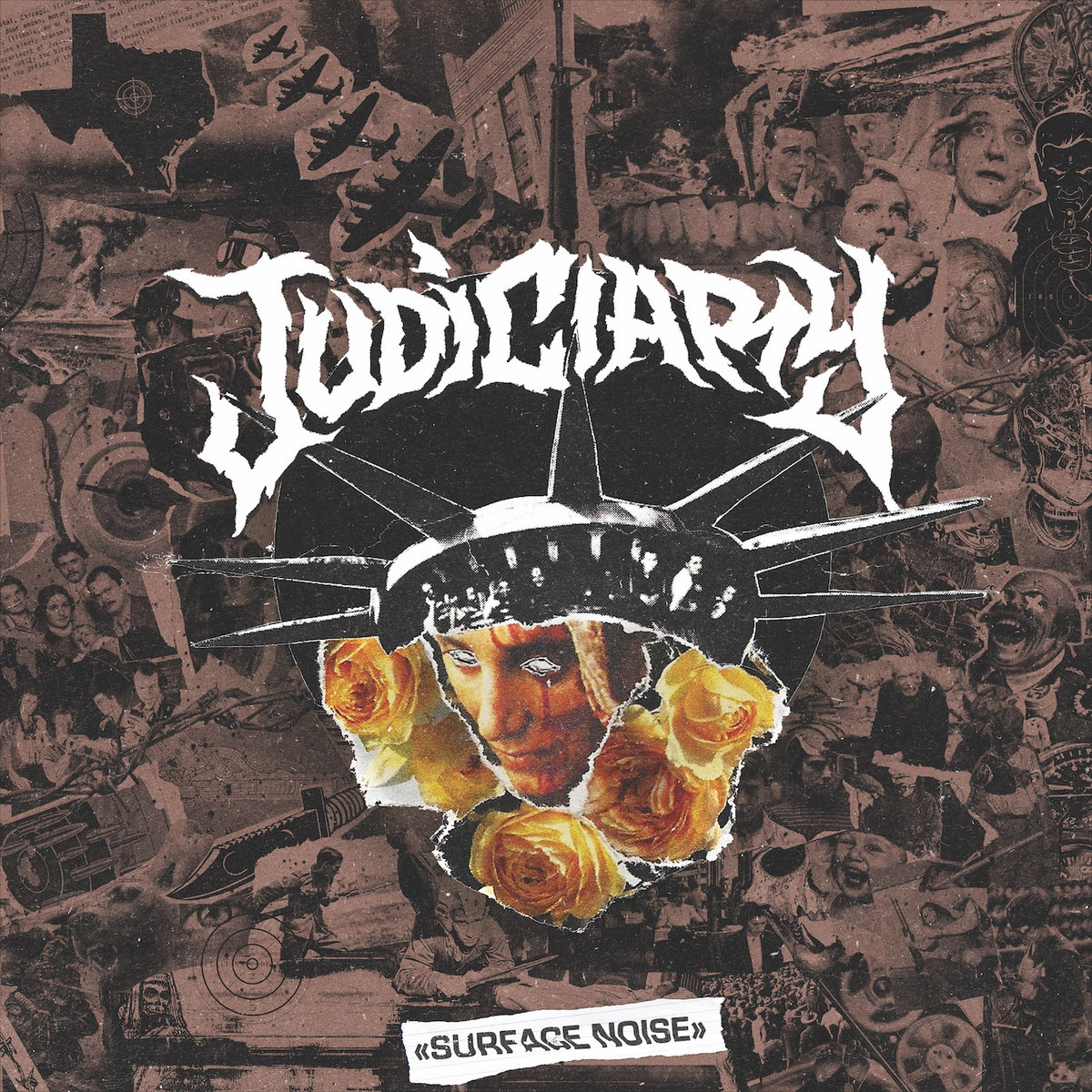 By David RodriguezFebruary 2, 2019 No Comments

Judiciary blows up your spot with Surface Noise, an unforgiving rager of a hardcore record with a classic crossover kick.

Sometimes, you just need something to get you through the day. There will never be anything more effective at that to me than old-fashioned crossover. I’m talking about the really mean stuff that leans more into hardcore than thrash metal, though it’s important to note that our band of focus today, Judiciary, still has plenty of steel in their bones to technically qualify as a new type of Terminator. The Texas quintet isn’t playing any games with their debut album. This is that hardcore shit that comes with a complimentary forehead dent and a tourniquet. Please, just imagine that this whole review was written in all caps because that’s the kind of energy that Surface Noise brings.

Let’s not pull any punches here because the band sure doesn’t. Judiciary‘s debut album is the musical equivalent of opening a door with a grenade. They’ve released an EP previously as well as a split with Mortality Rate (more on them later), but if you consider this an opening statement for the band, this is a hell of a statement. To get more into the specifics before the music itself, this album was actually mixed and mastered by Arthur Rizk who has also worked with esteemed and similar bands like King Nine and Power Trip. The Power Trip comparison was easy enough to make, given the rougher late 80s/early 90s sound this music has, but knowing there was shared hands between the two bands behind the scenes makes perfect sense.

The music is grimy and groovy, taking influence from crossover forefathers like DRI and Leeway as much as proven thrashers both classic and modern. It almost always stays very methodically mid-range for tempo, though. Starting things off right, the album sets its sights on megalomania with “Social Crusade”. The intro dances all around scales, diving low before drudging itself up from the depths to reach pinching highs elsewhere. You can hear the hostility drip from the blade of “Karma’s Knife”. It has a scorching, thrashy solo halfway through that bleeds into a neat instrumental break with more guitar screeches. Judiciary couldn’t have all the fun, though, as they’ve brought along some friends to help stomp you out. Sharing is caring!

Surface Noise isn’t carried by its features, but they definitely help round out the hard-hitting sound on the record. Why be punched in the ear by one person when you can get punched by four? Lead single “Temple” has the gruff Brody King (God’s Hate) guesting who is a nice vocal foil to Judiciary‘s vocalist Jake, who is consistently mid-ranged and pissed. Hardcore’s favorite dog voice actor Bryan Garris (Knocked Loose) delivers a scathing call to action on top of catchy hardcore savagery in “Stronger Than Thou”. Jess Nyx of Mortality Rate guests on the best song on the whole album, “Pure Fury”. She brings the heat, and when she screams ‘I am pure goddamn fury/I will devour you whole‘ at the end of the track, you believe it. It’s also got a wonderful groove to the riffing, especially during the chorus.

So, I love this stuff. I know not everyone does and I get why. Although there’s a ton of relentless outrage to tap into here, that’s most all it has to offer. Surface Noise isn’t excessively political in its stances, but the subtext – or sometimes just text on the brasher tracks – is clear enough. Even if they weren’t motivated by politics and waning social structures like a lot of hardcore is, Judiciary‘s primary export remains the same: unadulterated violence. Every song is a power fantasy, viciously playing out surgical brutality exacted against oppressive foes. I live for this! Others may require a more reasoned approach to political protest, but just know that this ain’t it, chief.

There’s not much else to say. I tried to do this album justice by keeping the review short and to the point, much like the music itself. If you’re looking for a sonic beatdown of galactic proportions and you have a bone to pick with the tyrants in your life, you’d be hard-pressed to find something more cathartic and empowering, especially this early in the year. Surface Noise lays a rose at the grave of decency, then windmill kicks you in the neck to ensure you’re just as seething as it is. I’m excited to see where Judiciary go from here, but wherever that is, I hope it has good collision insurance.