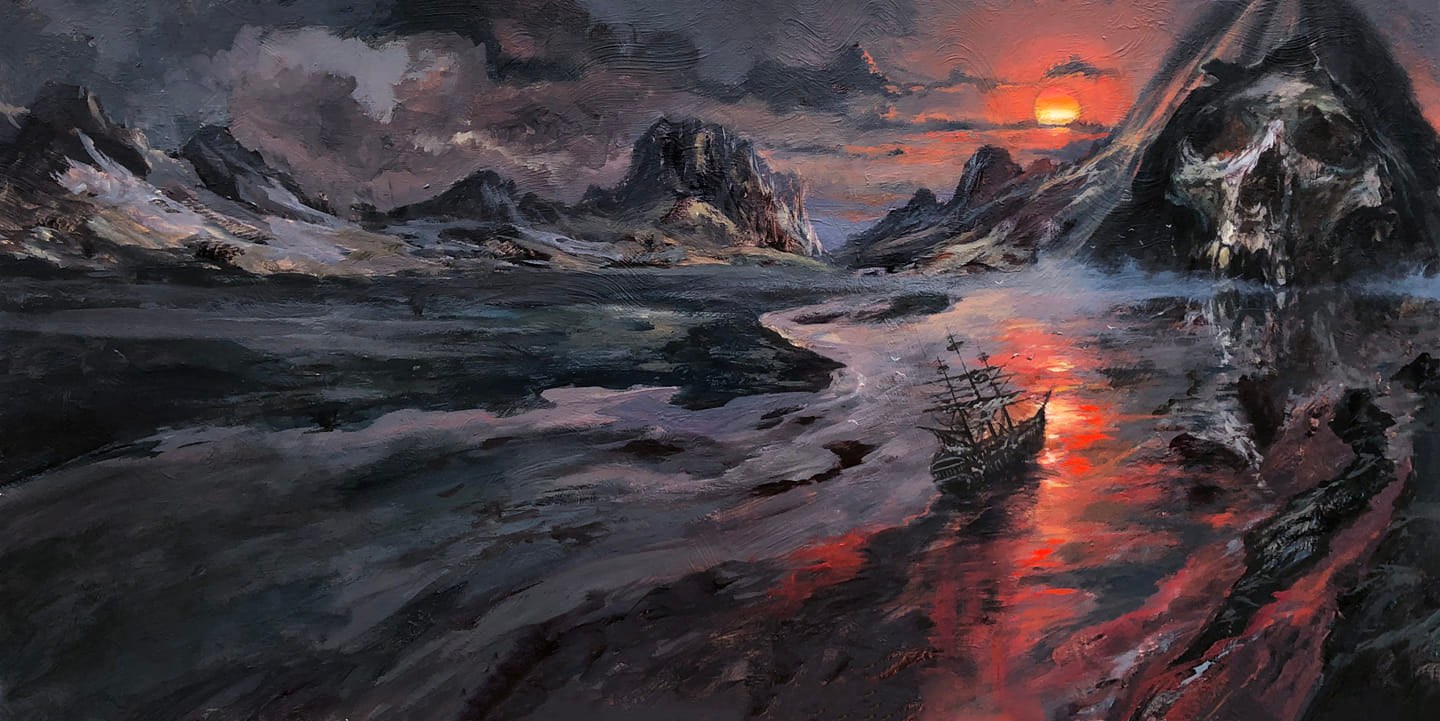 French Canadian black metal strikes again, and this time its Montreal’s Incandescence pulling no punches on this sorrowful and austere experience.

Inhabiting the wintry realms of Montreal, Québec, Incandescence is an epic black metal duo comprised of vocalist Louis-Paul Gauvreau (The Unconcious Mind, Helzgate) and multi-instrumentalist Philippe Boucher (Beyond Creation, Chthe’ilist, Décombres). Stemming from a rich and creative black metal scene within the French Canadian landscape, the duo ensemble has contributed a total of three full-length albums, along with one EP, since their inception in 2011. Their 2019 effort Accession demonstrated their ability to exhibit dark, fearsome motifs on an epic and spiritual level, making them notable participants in the region’s underground scene. It is now that Incandescence returns with their fourth feature-length album Le Coeur de l’Homme, bringing vast extreme musical velocity to a grand scale.

“Avilissement” begins a modular journey into this record through massive rhythmic structures comprised of crashing percussive elements and those all too familiar but always impactful tremolo guitar harmonies that deliver sweet black metal greatness. There are further moments of progression that allow the chord structures to develop and instil a sense of splendour, keeping the listener engaged for longer at a time. The vocal lines are just as impactful as Gauvreau exposes feelings of dread and sinister intent, presenting a damning expression of musicianship. “Tréfonds Macabres”, for example, demonstrates this balance between Gauvreau’s evil vocals and Boucher’s quite spiritual, folk-aweing musical gestures quite well.

There are significant moments of genuine extremity on this record as the third track “La Descente” proves – volatile instrumental lines, coupled with dissonant harmonious exchanges, express a dissident and enigmatic presence. The mysteriousness of the music further adds to the record’s epic and grandness, taking the listener into a hostile and unforgiving environment and personifying a brooding narrative of misadventure and chaos. The eerie screams and furious rhythmic tempos of “Avide de cris” exemplify this agonising voyage into a dark abyss.

“Écroulement vers l’abîme” takes us deeper into this black hole, where we find ourselves completely immersed in the disorder of the record’s excessive musical limits. The twin interlayering of low-end death growls and harsh discordant riffs, carried by the spiritual and sometimes melodic harmonies, creates a fascinating sort of texture that imbues a supernatural sensation, taking you away into a shadowy world of darkness and disarray. The record’s title track follows in a natural, progressive fashion, further exposing this sinister nature. These powerful, definitive black metal traits, which perhaps display a Marduk or Dark Funeral intuitiveness, expand the brutality and swiftness of the piece, giving it a desired boost.

Unnerving and nihilistic is how the rest of this album goes; pummelling tempos and rapid tremolo guitar lines create a terrifying atmosphere and line the skies with dread. “La spirale de l’échec” is indictive of these ferocious speeds and sonically disastrous developments, embedding various instrumental exchanges such as progressive, soloing basslines that see the artists showcasing their uncompromising talent and creativity. “Désacralisation Des Moeurs” unleashes a final onslaught of spine-chilling black metal, relishing in glory and determined to deliver ruthlessness through harsh instrumentation and awesomely repulsive vocals.

Incandescence are leaving their mark on an already abundant and expansive Québec black metal scene, and Le Coeur de l’Homme becomes yet another record both in the artist’s repertoire and for that of a wider underground community. The duo’s commitment and musicianship truly shine on this impressive follow-up album, delving into some of the dreariest of concepts through bleak, harsh instrumental textures that resonate some classic black metal characteristics whilst producing powerful, melancholic riffs that elevate the music into an epic realm of chaotic beauty.