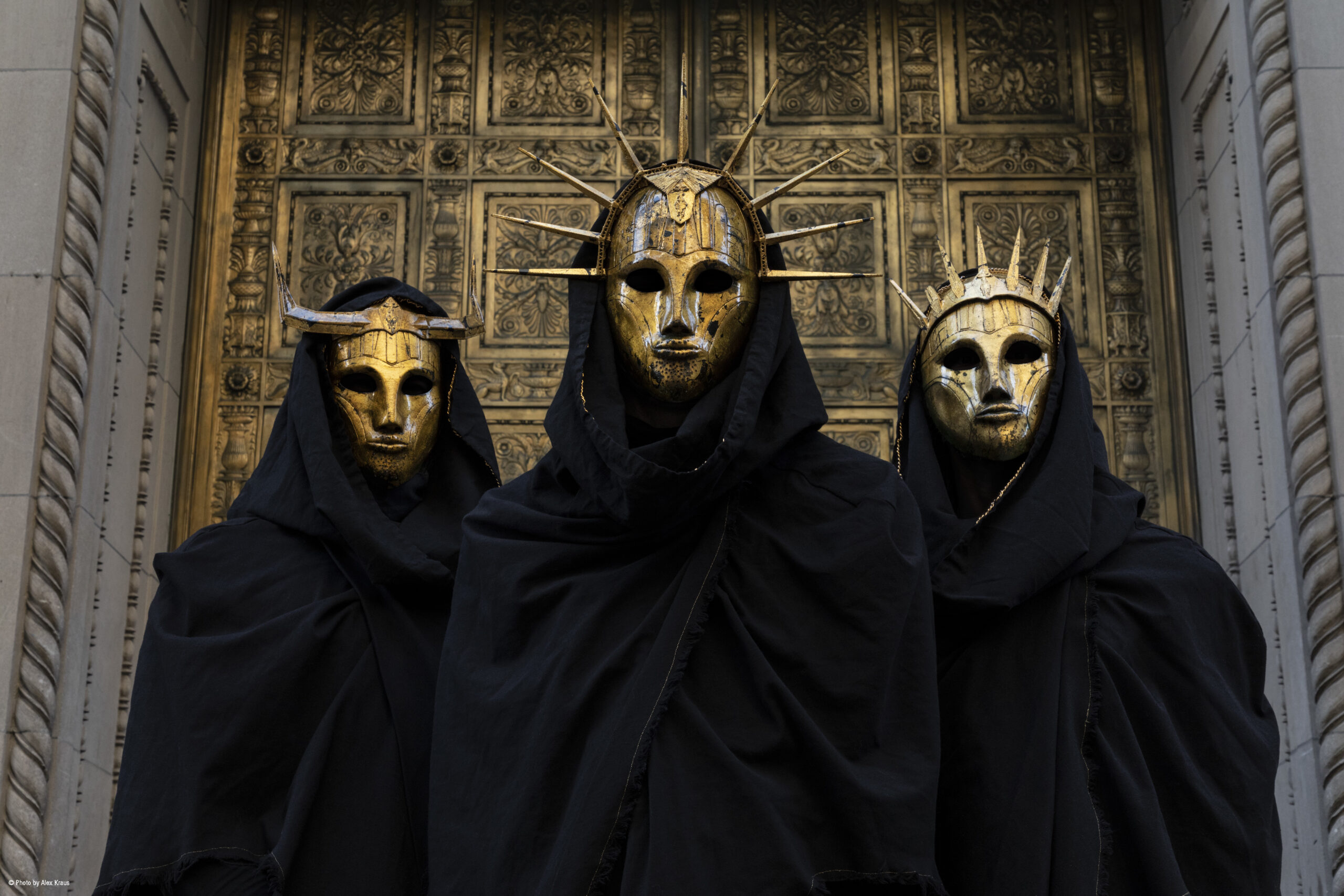 Imperial Triumphant outdo themselves on Alphaville. The album is a monstrous edifice and in its chaos it is scintillating.

Imperial Triumphant have made quite a name for themselves in the avant-garde metal scene in the eight years since their inception. The band has created a distinct sound which is focused on basically assaulting the listener with the raw power of a flood of battering rams. This primal energy is crystallized into a bludgeoning, metallic timbre that is animated by what could really only be summarized as free jazz. Alphaville is the embodiment of how this blend has been refined to, dare I say, its final form.

I’ve probably listened to the record at least 20 times up to the moment I’m writing this review and I still find it difficult to digest what is happening. It’s not a cacophony mind you, but it isn’t far off. We’re being punished across nearly the album’s entire runtime, save for a few breather moments in each of the songs. The weight of the music stems equally from the raw and gritty tonalities that fuel the arrangements alongside their heavy dissonance. All of which are augmented by the density of the layers.

The final bonding agent in the torrent of hellfire which is this sonic discourse is the band’s manic energy. They deliver an insanely high-octane performance which is rife with fierceness and virtuosity. It’s a ravishing and exhausting affair that oozes with a twisted kind of musical genius through all its seams. It would be even more exhaustive to take it all apart bit by bit, both because it would be superfluous for an article to recreate what the music does, and also because it can’t.

Above, where I likened the compositions to free jazz, that wasn’t a forced metaphor. That’s really the closest comparison to what we get. There’s very little rhythm to which one can hang on to. This album basically looks rhythm in the eye, grabs it by the throat and makes a brutal demonstration of ragdoll physics on it. It does something similar to melody. However, in this beautifully broken mess, everything makes sense even if it can’t actually be comprehended in a traditional way.

Now that’s not to say that Alphaville lacks structure in any way. On the contrary, everything is painstakingly put together with ingenuity, even though the music feels as if it’s improvised most of the time. There also seems to be very little repetition of ideas and phrasings, which further enhances the improvisational feeling. This itself is quite an achievement and it strongly reminds me of the only other band where I’ve seen such a compositional feat – Kayo Dot.

Now don’t imagine that over the one hour runtime you’re only getting shrieks and chainsaws. For example, the first two minutes of “Transmission to Mercury” feel like they’ve been torn from another album altogether. Or what goes on in the third minute of “Atomic Age”, which is a brusque transition between the comprising parts of the song. There are such moments in every song and they aren’t thrown in just for the sake of contrast. They somehow make the entire journey even more unsettling and dark, besides the fact that they create solid nuances and dynamics. Something similar occurs when we consider the choice of instruments. Aside from the drum, guitar, and vocal backbone, we have outbursts of brass, synths, and piano which flesh things out adroitly.

On my first few listens, I really wasn’t sure how to feel about the album. It’s a mixed bag and it’s hard to cut between the lines. Ultimately, even though I’m still having trouble creating a proper mental image of it, I must say it is a very compelling work which is definitely not for the faint of heart. This is one of the most difficult records I’ve ever pushed through. It is definitely rewarding for whoever seeks such rewards. I will even go so far as to say that this is album of the year material for the extreme metal niche. Alright, enough of this, go and listen as soon as you can!