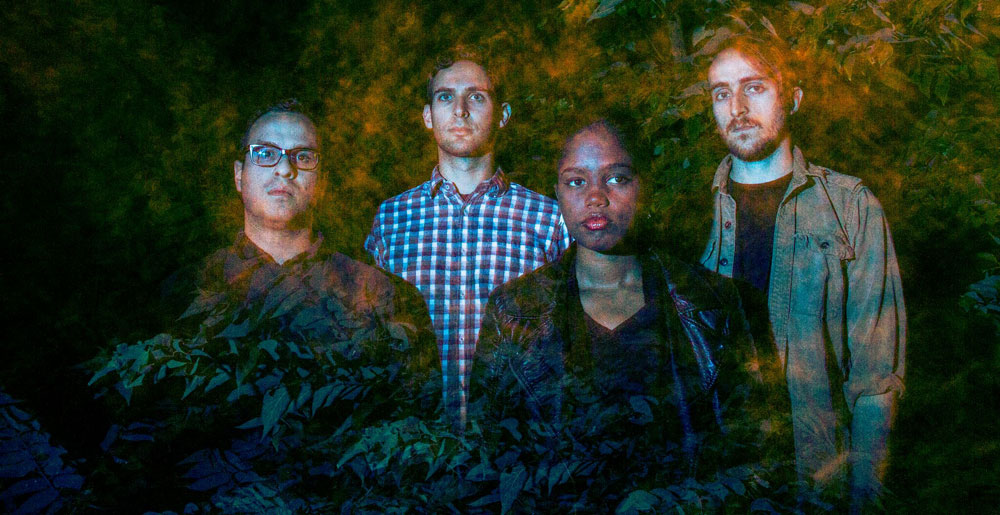 Husbandry – “A Port in a Storm”

By Faisal BinzagrOctober 11, 2019 No Comments

Despite some over-reliance on formula, Husbandry have dished out one of the most intense and creative hard rock albums of the year with A Port in a Storm.

One of the many pleasures of writing for Everything Is Noise is the sheer breadth of ‘noise’ we expose each other to. Not all of the music I come by this way is to my liking, though I’d venture that exploring what you dislike is equally important to the process of engaging with art. This review covers a recent discovery I made through EIN: Brooklyn-based rock/punk/grunge/funk ensemble Husbandry’s latest album A Port in a Storm. I’d never heard of Husbandry before this, and as such avoided exposure to their earlier work. When reviewing something totally new, I like to retain that contextless perspective. It’s an alternative way of looking at things, and offers a view unburdened by preconceived notions of how the work should fit in the band’s discography. A Port in a Storm falls under the unique category of being a marvelous exercise in so many things I love about music, pieced together in ways I wouldn’t have done myself.

To be clear, I loved the album. However, it was an at times puzzling experience that surprised, entertained, awed, and absorbed me while simultaneously leading me to reflect on why they chose to bring it all together in the particular way that they did. Upon first listen two things immediately stood out: the insane charisma and presence given to these tracks by vocalist Carina Zachary, and the mind-melting intricacy of the songwriting. Broadly speaking, the songs weave jazz, soul, funk, alternative metal, and more around a foundation of garage-punk. Both the garage core and Zachary’s punchy grunge-meets-soul-meets-punk vocals tie it all together, providing the album with a sense of identity and cohesion, despite the listening experience dizzying you with the sheer breadth of styles on display. It’s a whirlwind of a listen, at times angular, jagged, and erratic in ways that bring to mind The Dillinger Escape Plan, while at others grooving with a self-assured rock strut. At all times it blasts past you, even when the songs are broken up by more laid-back moments. Despite the surface chaos of it all, something more straightforward does lurk beneath the surface, although it took me a few spins to realize it.

Through the album’s eight tracks (most being around four minutes or so, with a couple longer ones pushing eight) it eventually became apparent to me that a formula was at play. The songs were almost always opened with a big groove, followed by manic build-ups of ascending urgency, only for a catchy chorus to swoop in and soften the aggression with sweet, sweet hooks. They’d then unravel after the second chorus into a calmer passage lead by bass guitar and smooth vocals, before coming back full circle to close the song. I’m generalizing a bit here, but it conveys the overall experience. What elevates these songs is how expertly the band plays with these elements on each track; it’s always engaging, and at times frustratingly so. A strange statement to make, but there are moments on this record where individual touches of genius linger so briefly that it really sucks they don’t recur more throughout.

Let’s take the third track, “Bete Noire,” as an example. It plays with a creepier, more ominous groove than what’s present elsewhere on the album, with the vocals taking on a more sinister tone until a gothic-tinged chorus sweeps in and dominates with anthemic breadth. It’s a proper earworm, and while elsewhere on the album there are plenty of catchy vocal melodies, this foray into Lacuna Coil-eque vampirism is limited to just this song. Other examples exist in abundance, such as the phenomenal sax solo that comes brilliantly out of nowhere on “Smile With Teeth”, the eerie tremolo quasi-surf riff on “Ghostload”, and the tribal groove in parts of “Your Weight in Gold”.

Moreover, while the album is for the most part consistently frenzied and furious, it feels like a series of build-ups without cathartic explosions. This became apparent on my second listen, when on the seventh track – “The Bells of St. Clement” – I was struck by the harsh vocals peppered across the song at points of peak tension. They provided the first real feeling of catharsis while listening, and it dawned on me that what the previous songs lacked were explosions promised by the prevalence of ascending riffs and growing urgency in the vocals. For this reason, “The Bells of St. Clement” stands out for taking the refined formula and delivering on its promise to raze the house (or basement).

I don’t want to get bogged down by the tweaks I would have made to A Port in a Storm. This is an exceptional hard rock album. It takes an accessible formula and twists it into things most rock bands won’t dream of doing, again and again, throughout its 40-minute run time. How many other releases this year will gallop at you with primal sludge fury à la Blood Mountain-era Mastodon, then veer into jagged, scratchy mathcore chaos? How many will sweep in with a cool alternative metal sway, only to switch gears into blast beats and funk scratching? All this while delivering a consistently powerful vocal performance that’s one part Morcheeba-esque soul vibes and one part grunge no less. Yes, the inclusion of additional gothic anthems would have been more to my personal tastes, as would including more sax solos. Although, now that I think about it, I suppose these fleeting surprises are part of the experience – one that is a true rock highlight of 2019.