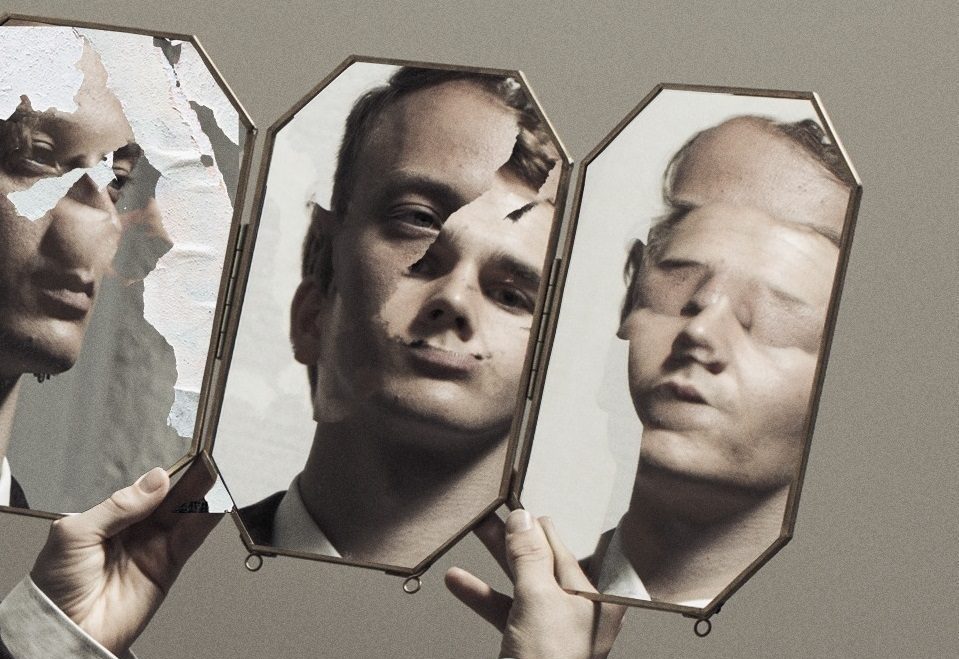 Humans As Ornaments – “The Option To Disappear”

On their debut album The Option To Disappear, Humans As Ornaments burrow deep into the essence of what constitutes art, and what kind of noise it makes when you beat it hard enough.

As I’ve grown older, I’ve begun to appreciate new things in life overall, but especially in music. Some things gain more profound meaning, and some lose what little value they had to begin with. Forethought and things that last belong to the former group, and I’ve gotten a new kind of deference towards bands playing the long game, preferring integrity over the forced fifteen minutes of artificial fame. A certain experimental mentality ties in with that, and obviously you lose as much as you gain when you refuse to give in to norms and accustomed preferences. Humans As Ornaments is one such band, leading with art and substance, and the result to be heard on their debut album The Option To Disappear is nothing short of impactful and fascinating.

The German duo are hard to categorize due to their extravagant stylistic leanings, uniting elements from math rock, noise rock, screamo, indie, alternative, and whatever else. I guess an art rock imprint would be apt for the occasion, given that the band’s appearance also revolves around profound, fashion-esque visuals that, despite having some minor kitsch aspects to them, really blend in with the music, together forming quite an established impression. This unison might appear abstruse at first, at least it did to me, but contrary to my initial reaction, things actually started to make sense after a while – granted that it took some thought and half a dozen listens for me to get there. But I did, and so will you.

The Option To Disappear opens with ominous lo-fi leads and floaty chants going by the name of “Re.sign”. The otherwise atmospheric vibe gets occasionally mauled with quicker, mathy bursts, before the aforementioned fully takes over. It’s clear right from the start that the band has led with the production, flavoured with nuances akin to sound design, with the overall tone being quite indie-like in nature. This organic approach already hits home on the second track “Re.treat”, as the conversation between the heavier and airier passages does not only feel natural, but also gives both ends their own edge despite them still blending seamlessly together. This also mirrors Humans As Ornaments‘ ingrained duality in some way, being comprised of only two persons, being a rebirth of something that once was, and so on.

I could’ve easily seen the album lasting twenty minutes longer with more songs on it, but in its current state, each track stands on its own, each having a singular, dictating vibe embedded into it. “Re.assemble”, for example, shifts gears towards a more rough and unpolished noise rock, whereas “Re.define” tackles witty instrumental phrasing and sophisticated jazzier bits, also being probably my favourite single piece on the album. There’s just something highly engaging and immersive in its slightly saturated clean guitar melodies, ghost note-infused drum beats, and wholly calmer undertone. There’s still heavier parts on it to contrast the atmosphere, but everything sounds slightly more controlled – or structural, rather – than on the other tracks. It’s also a nice breath of air before the intense oddity that follows.

This particularly peculiar track going by the title of “Re.cover” starts in a strange, groovy nu-metal fashion with dead note riffage and whispered vocals, before proceeding to a catchy verse that’s repeated later on in a cleverly modulated ways The latter half of the song feels like all the previous tracks being compressed into mere minutes, as the details are both plenti- and bountiful. The final riff, topped with some ring-modulator FX, is also perhaps the single most gripping and memorable individual part on The Option To Disappear. Fittingly, the closing track “Re.create” tones down the all-over-the-place-ness, but amps up the tension. The melancholy is palpable, and the band demonstrates how they’re equipped to toss the listener around to wherever they please, to both joyous and mournful corners, and everything in between. The last song generates a feeling of closure, and even though there could’ve been more material on the album, you’re left with a sense of fulfillment and completion.

To summarize, Humans As Ornaments and The Option To Disappear as its extension is kind of a something for everyone type of effort, albeit the reality is undoubtedly harsher than that. The thing is, that it’s impact is largely built on its listener already enjoying the plethora of stylistic tendencies on it, and above all, you should find the duo’s own imprint likable to make the most out of it. The band’s approachability is certainly not of the easiest caliber, but I’m equally sure that those who find its discordance dulcet and its heart-rending tonal aesthetic amiable will fall in love with it just as I did. It’s clear to me that the band is in it for the long run, as they are executing their own vision in an uncompromising fashion – both figuratively and literally – and are doing one hell of a job with it.