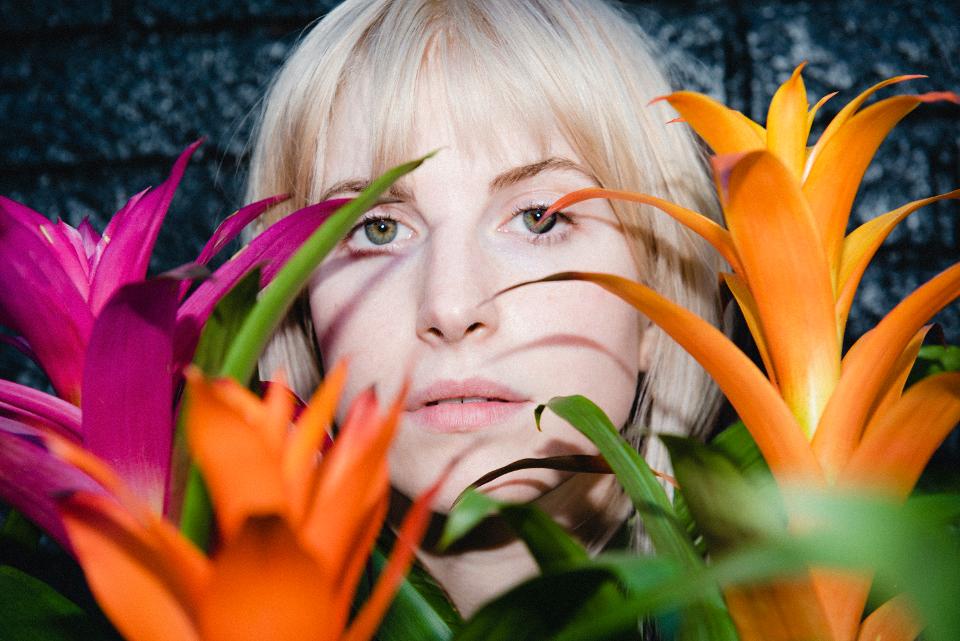 By Tyler KollinokMay 7, 2020 No Comments

Hayley Williams has created a fantastic work of art with her vulnerable and genre bending debut solo album Petals For Armor.

When an established artist releases a separate album from their original project, there is always a risk. Often, fans tend to instantly compare the new content to what they’ve already grown accustomed to. Because of this, a solo record may not be taken as seriously as it should because of a predetermined bias. It’s unfortunate because when some artists release their ‘solo’ music, they simply rehash the same type of music they would write with their other band and classify it as their own. On the other hand, some solo albums tend to proudly showcase entirely different dimensions of an artist’s craft by allowing the performer to experiment in ways they may not with their original projects. Luckily, Hayley Williams chose the latter for her debut solo record, Petals For Armor.

In my mind, Hayley Williams has been one of the most zestful frontwomen in recent history. Her energetic performances and incredible vocal abilities have catapulted her to become incredibly influential in the music scene. However, when it was first announced that she would be releasing solo music for the first time in her 15 years in music, I was a bit skeptical. I definitely liked the name Petals For Armor and the explanation behind the name being ‘The way for me to protect myself best is to be vulnerable’. I wasn’t sure what to expect from the record, but I kept my ears open for what was to come.

When the first single “Simmer” dropped, I had absolutely no idea how to feel about it. I listened to it once and had a strange and unexpected reaction to it. Where is the excitement? Is this what the whole record is going to be like? I dismissed it and just told myself, ‘It’s not for me’. A few days later, I listened to the track again, and my opinions completely flipped. “Simmer” is the most subdued track I’ve ever heard Hayley Williams perform on, disregarding acoustic ballads like “The Only Exception” and “26”. Although the track has its quiet moments, the layers and instrumentation are absolutely enormous and full. While Williams’ vocals soar over the intricate music, she isn’t unnecessarily hidden behind any vocal effects, and it makes her voice sound so genuine and impressive. In addition to the musical aspects, the lyrical content also seems so different than usual. In “Simmer”, she seems angry, especially through the intense lyrics: ‘If my child needed protection/From a fucker like that man/I’d sooner gut him/‘Cause nothing cuts like a mother’. Hearing powerful emotions in her music is not uncommon, but this frustration felt new.

After my change of opinion toward “Simmer”, I thought about my initial aversion to it. I realized that I was guilty of a predisposition toward the new song because of my original vision of Hayley Williams. When I was in middle school, Paramore released Riot! and I was exposed to an entirely different scene of music than what I had already known. At the time, I had friends that loved Fall Out Boy and My Chemical Romance, but I always clung to the sound of Paramore. Their music was so catchy and exciting to me, and Hayley Williams rightfully felt like an instant icon to so many people. After 13 years, I often still picture Hayley Williams as the 18-year old that recorded Riot!, but I’ve come to recognize how ignorant that viewpoint is. She has grown as a person and as an artist, and this has resulted in her sound evolving to something new. With that realization, I put down my comparisons to old Paramore material and listened to her solo music with an entirely different viewpoint.

Petals For Armor‘s release has been presented in an interesting and unique way. Rather than picking a song or two to release early as singles, the first 5 tracks were released as an EP titled Petals For Armor I in February, and the next 5 tracks were released as Petals For Armor II in April. By releasing 10 of the 15 songs early, I felt as though I already knew the record before listening to the full product. This method allowed me to slowly discover each track, rather than having to digest 15 new songs all at once.

The first 5 songs definitely have the darkest feeling on the album. “Creepin'” and “Leave It Alone” both feel very barren and mysterious. While they both have nice grooves, they sound haunting and melancholic, which opens another door into Williams’ psyche. “Cinnamon” is a total opposite of the other Petals For Armor I tracks. It relies on percussion and vocal layers to craft a song that builds to an explosive conclusion. The track is incredibly captivating and the music video is complete with Williams doing choreography to the lively dance section in the end. It stands out as one of the most eccentric songs on the album.

The next 5 tracks are much lighter than the first 5. “Over Yet” sounds as if it was plucked right out of the 80’s synth-pop scene and feels like a celebration when compared to some of the other tracks. The song is certainly entertaining and sees a return of the more jovial side of Hayley Williams. “Roses/Lotus/Violet/Iris” is a gorgeous song filled with a section of orchestral strings and beautiful backing vocals from the incredible boygenius. The performances and compositional arrangements on the track are stunning, making for a truly engaging and memorable experience.

My favorite track on Petals For Armor is “Dead Horse”. It’s definitely the brightest and poppiest track, but the lyrical content is incredibly vulnerable and revealing. Before the track kicks in, there’s a brief spoken-word message where Williams leaves a message where she apologizes for sending a track late due to depression. This 15-second introduction is one of the most relatable things I’ve experienced in music in my recent memory, as it divulges the difficulties that feelings of depression can cause for a person. “Dead Horse” deals with some of the most personal content for Williams, but the result is definitely a therapeutic release for her.

The last section of the album has some of my favorite songs on Petals For Armor. The record takes another left turn and takes on an even stronger 80s pop influence. “Sugar On The Rim” and “Watch Me While I Bloom” both have infectious beats and melodies that would fit perfectly for supermodels strutting down a runway. “Pure Love” has a great groove that would be awesome to dance to, but still has incredible vocal performances. “Crystal Clear” is a close competitor for my favorite song on the record. While it’s more relaxed and laid back than “Pure Love” and “Dead Horse”, it has a bounce in the drums and melodic rhythm that make it so irresistible and catchy. These final 5 tracks for Petals For Armor discard the anger and sadness heard in some of the earlier tracks and replace them with an immense feeling of confidence and pride.

Petals For Armor is a marvelous debut solo album from Hayley Williams, and it’s so refreshing to see her in a new light. As someone who has followed her career for over a decade, it’s great to hear her try something completely distinct from her standard sound. Fans of classic Paramore that want to hear a continuation of Riot! will certainly not get that here, but that isn’t what you should have expected. This is a completely separate art-pop album that will introduce you to an entirely different side of Hayley Williams. Petals For Armor takes us even deeper into her emotions, and her vulnerabilities allow for a very powerful and memorable product.