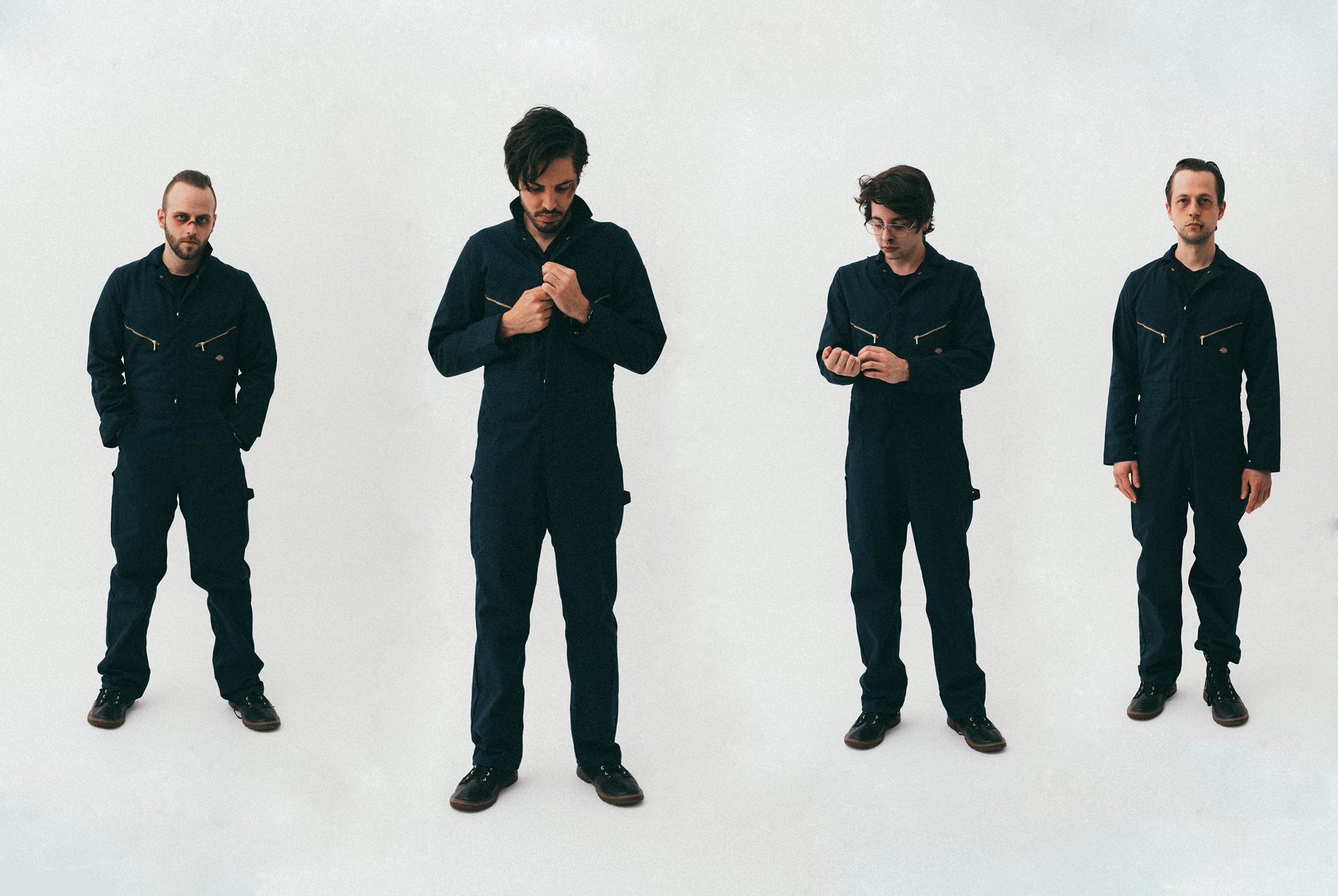 By Tyler KollinokDecember 23, 2020 No Comments

HAWK brings years of experience to the table while keeping things fresh and interesting on their debut EP, Tolerance’s Paradox.

Story time! About a year ago, a friend and I drove only about 20 minutes to see August Burns Red‘s Christmas show in Lancaster, Pennsylvania. At the time, I’d been living in the area for about a year, so it was my first time going to see a hometown Christmas show from them. It was a destination ‘festival‘ that we both were initially a bit indifferent about going to, but we both decided it was a ‘must-attend’ when Knocked Loose was added to the lineup. We got there early, escaped the cold, and got ready for a long day of heavy music.

Pretty early during the show, a band called HAWK came on. Instantly, they had my attention. I couldn’t really find anything about them before the show, so I assumed they were a local band that may have personally known the guys in August Burns Red. Their set was beastly, heavy, and exciting, and I was getting really into it. Then, the singer said those magic words: ‘We used to be This Or The Apocalypse‘ and everything clicked. This band that I had assumed were a new local band were actually seasoned metalcore titans, and I instantly fell in love with their new sound. Plus, they even played “Hell Praiser”, which was an awesome throwback for me.

Almost a year later, the band released their debut EP, Tolerance’s Paradox. While three of the six songs were previously available, I’m glad there is finally an album to showcase the HAWK‘s talents. The band consists of original This Or The Apocalypse members Ricky Armellino (who is apparently a member of Ice Nine Kills as well. Thanks Wikipedia!) and Jack Esbenshade, and the lineup is rounded out with new drummer Adam Reed and new bassist Bernie Stabley. As mentioned before, the band isn’t just a continuation of This Or The Apocalypse‘s legacy. Instead, the instrumentals move more toward djent territories, and Ricky utilizes clean vocals in the choruses of the songs. It’s a different stylistic approach, but I feel that it is a necessary growth into a sound that has become sought after in recent years. With this evolution, Tolerance’s Paradox fills in the gaps made by other metalcore bands in the scene today and builds a strong and exciting product.

I’m a sucker for clean vocals in my metalcore. I’ve always found that having a melodic chorus can really tie a song together in the best possible way. On Tolerance’s Paradox, tracks like “Mileage” and “King with No Survivors” possess aggression, but still find ways to get stuck in your head. Personally, I believe that this approach allows for a nice break in the action while not necessarily relenting on the intensity. HAWK perfectly understands how to transition between contrasting moods without sacrificing any unity or brute force. It’s nice to see a band that feels comfortable combining the nastiest of breakdowns with the catchiest of melodies without leaning too heavily on one or the other.

“Counter Ops” is easily the angriest track on the EP. While there are political undertones throughout the songs, none of them grasp the frustration quite as well as this one. It slams you in the face once all of the instruments kick in and refuses to let go throughout the assault of sound. When Ricky shouts out, ‘you think you know his game and he’ll flip another gaslight/rich motherfucker with his hands on your windpipe/staring at his phone while the world becomes a gunfight/help him get his way and he’ll keep you all safe right’, you know he means business. These irate words launch the band into the heaviest breakdown on the album that is similar to other newer hardcore bands like Stray From The Path. The song truly just feels pissed off, and after the year we’ve had, I think it’s definitely therapeutic.

In my opinion, the only downside to this album (besides the short runtime) is the lack of songs with a faster pace. Don’t get me wrong, the groove on each song is awesome, but I would’ve loved some quicker metalcore breaks that are common on records like this. “Alibi” has a few moments that seem to tease a possibly for a circle pit at a live show, but it doesn’t last long enough to be quite as satisfying. HAWK has mastered the bouncy sections without any problems, but I’m sure they could really nail some thrashy breaks with more technical leads. Mind you, this isn’t really a negative point, but it’s definitely something that I would’ve liked to hear. That being said, the band accomplished a lot with only six songs, so I just have to wait to see what they do during their next effort.

Tolerance’s Paradox scratches the itch for people that have been missing This Or The Apocalypse. That being said, don’t expect it to just be a follow-up to Dead Years. The band has progressed into a powerhouse that attacks the senses with massive breakdowns and catchy vocal melodies. I think the name change was necessary because, while I love the new sound, this project may not be for everyone. The music leans more toward Issues than it does August Burns Red on the metalcore spectrum, but damn, it still hits hard as hell. I hope this EP pushes HAWK into the limelight and makes them a more formidable influence.