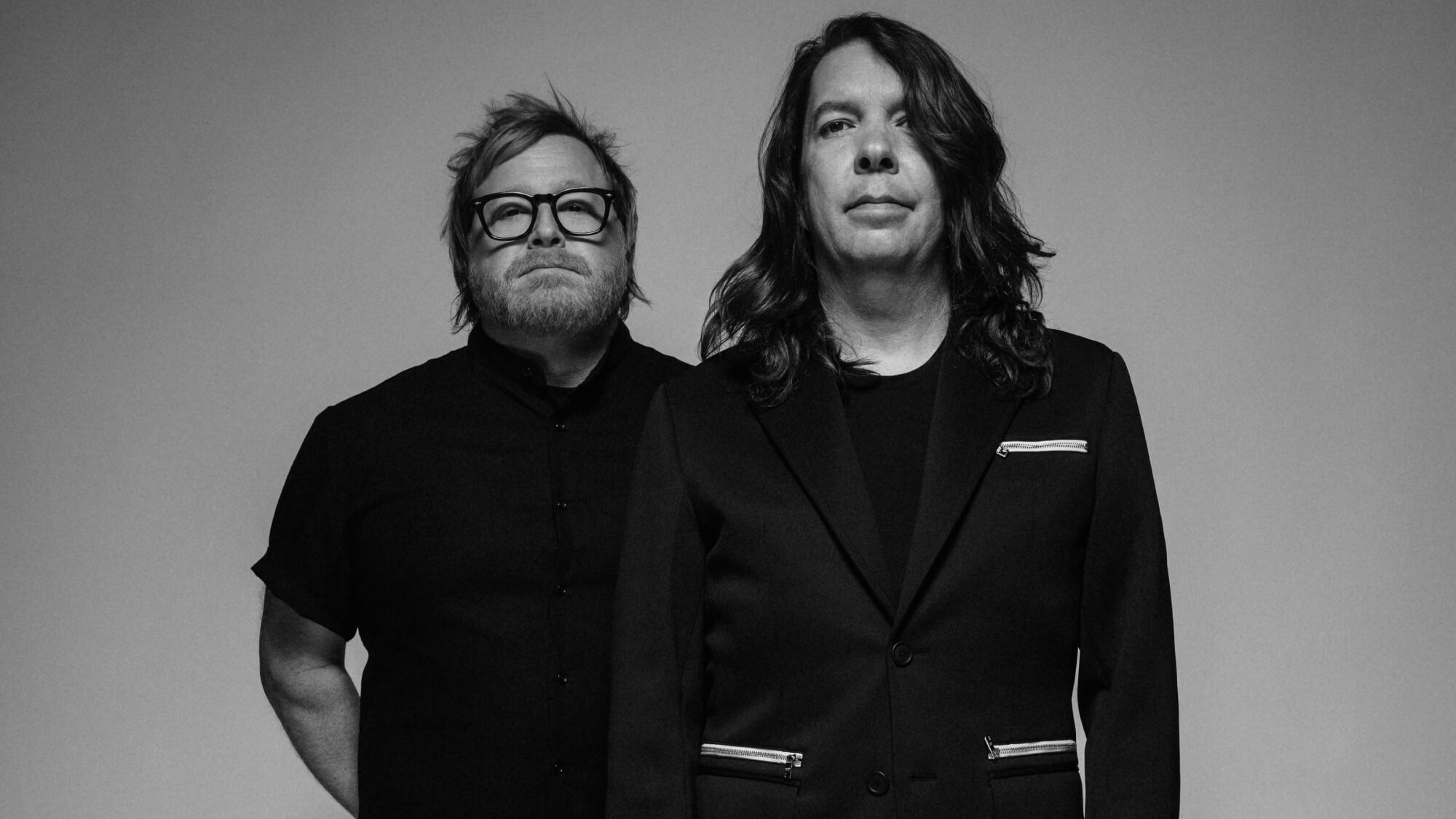 By Shaun MilliganJanuary 25, 2023 No Comments

Hammock once again demonstrate their undeniable consistency and expansive sound with an excellent, invigorating record teeming with vigour that sees the duo delve deeper into their post-rock roots.

Long considered stalwarts in the crowded post-rock arena, Hammock are frequent residents on the tongues of many when it comes to discussing soundscapes of grandiose music that make effective use of layering to induce a sense of tranquillity. More recent efforts have lightened the load on guitar and drums in favour of a sound that is demonstrably closer to neoclassical; that’s not a criticism – far from it if you read my review of 2019’s Silencia. Now they return with album number 12, an impressive total in itself, let alone when you’re renowned for quality records that routinely tower among their counterparts.

Love in the Void has it all: the soothing ambience remains, anchoring the entirety in a sea of welcome sedation. Also present is a reminiscence to the textures and bolstered crescendos that were so prominent on earlier records such as Raising Your Voice… and Chasing After Shadows… The deft, rhythmic cymbal of “Love in the Void” alone hints that this LP may not share much ground with the soundscapes we’ve traversed in recent times. Then, once a ringing guitar chord and a modicum of gain are splashed into the mix? We’re right where Hammock want us – enveloped in the dense, luscious blanket of sound that has repeatedly secured them such critical acclaim over the years.

The ‘sound’ I refer to is the guitar-centric canvas of composition that the duo conjured in the era of their highly lauded Departure Songs over ten years ago. These albums were no less celestial, majestic characterisations of wisdom and wonder, contemplation and focus than recent entries like Elsewhere or Silencia. Yet, while these newer offerings leaned heavily into decidedly orchestral, instrumental atmospherics and a practically percussion-less approach, earlier Hammock records comprised such tones and sensibilities in their soundscapes in a more tangible way through physical instrumentation – drums, bass guitars, sopranic vocals, with even the odd refrain thrown in for added memorability. Love in the Void is a wondrous rekindling of these former tendencies, while retaining the heightened angelic subduedness of recent times.

Whether invoking classically interstellar textures or the breathy vocals that infrequently populate their discography (as found here on “UnTruth” and the ethereal voicings of “It’s in This Lie”), Hammock have always been synonymous with a palpable feeling of ease, and Love in the Void is no different. Even when mild distortion and a reverberating rimshot provide crispness and potency on the sprawling “It’s OK to Be Afraid of the Universe”, it remains comfortably led by an otherwise comforting mesh of softened instrumentation and choral vocalisations that drive this fantastic track on towards its dissipative conclusion.

Tempo does fizzle with more haste on the likes of “Undoing”, while “Release” serves that exact purpose: pent-up quells of thrumming sound escape from its pores, before we are led into the satisfyingly downtempo piano that opens “Gods Becoming Mountains”. The track doesn’t stay this way, ascending as it does with a flurry of cymbals amidst the dichotomy of guitar – one part flurried distortion, the other a shimmering relic of the quietened pastures left behind in the song’s first half. Despite these snippets of dynamic fluidity, the more casual sense of aimless wandering is what clearly prevails across the album, particularly when moving through the glorious vocal-duet-turned-sublime-solo of “Denial of Endings” towards the upper echelons carved out on closing track “The End Is the Beginning”.

Of note here is a notable inclusion of electronic beats in the LP’s latter portion. The aforementioned “Undoing” and its successor “Absorbed in Light” both complement their melody-laden guitar parts and vast ambient backgrounds with slightly uncharacteristic digitised percussion that adds intrigue. It shows Hammock not being content to simply churn out identical music with each and every album; there is always an addition here, an adaptation there… little evolutions that bring modernity and renaissance to the music without sacrificing compatibility or the stability of what already works so well for them.

It’s difficult not to concede the brilliance of what Hammock create. They haven’t found secret notes or instrument combinations that have hitherto eluded all other musicians; they simply excel at their ability to work said elements into music that glistens, draping itself like velvet on the ears and soul. Love in the Void boasts little that is entirely unprecedented for the pair, but I would argue it best encapsulates all their previously explored styles – the ambient drone, the orchestral swathes of neoclassical, and the trademark oceanic guitars and mountainous drums of post-rock dancing together in harmony.

Love in the Void is not necessarily about what Hammock achieve, rather what they perfect. Time has not lessened the appeal of their music, nor has it diminished their creativity. Instead, over the course of 17 years, Hammock have steadily earned and nurtured an ongoing confidence and inevitability in the proficiency of their craft. Love in the Void is their most vivid album to date, serving only as further evidence that their affecting audio will continue to have enduring impact. What Hammock possess is an identity in sound that has been carefully cultivated and refined over time, and the benefits of this are undoubtedly being reaped in arguably their finest musical harvest yet.