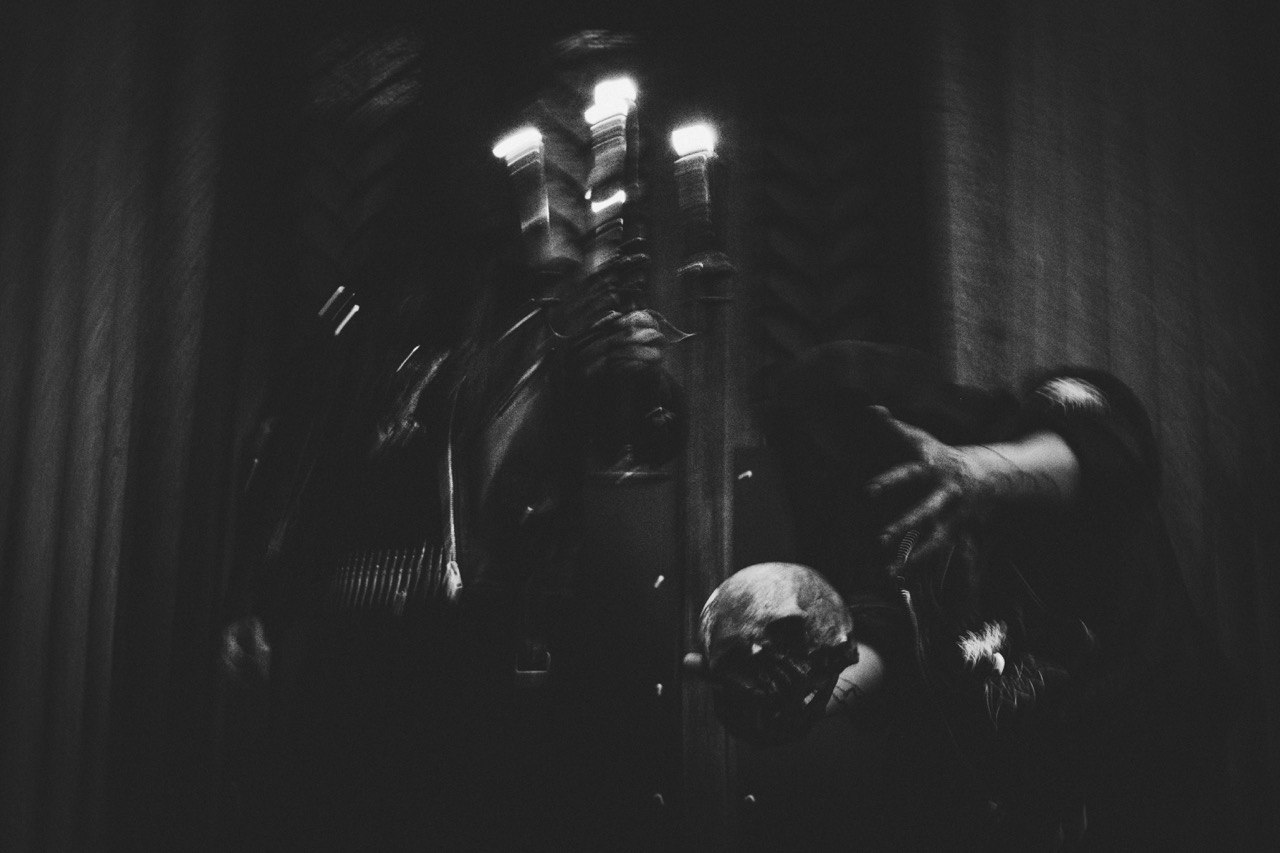 Hadopelagyal creates black metal in its most abundantly raw and purest form whilst lurking deep within the chasms of Germany’s extreme metal underground.

The noise-focussed Hadopelagyal derives its name from the hadopelagic zone, known as the deepest region of the ocean lying below the dark, murky trenches, a term coined from Ancient Greek meaning ‘open sea’ and configured by the Greek god of the underworld, Hades. In order to channel this epitome of oceanic submergence, the Leipzig-established outfit have cultivated an extremely visceral and abhorrently raw black metal sound that abandons polished production standards and replaces them with a stripped-down and authenticated sound. With several demos and two notable 2020 splits with Belgium’s  Kosmokrator and German natives Thorybos since their 2016 inception, Hadopelagyal’s first full-length album Nereidean Seismic End promises rawness in its purest form.

Opening with “Depravity Shall Triumph”, we are hit with a sea of noise from the onslaught – the razor-sharp guitars; the rapid percussive rides and blast beats; the dwelling bass; and the shrieking vocals are performed with a kind of vigour that produces an abrasive and aggravated essence. “Intertidal Terrorrealm” continues down this blackened path, the riffs are noticeably harsh in their approach as they create a hostile atmosphere through this violent release of energy.

Whilst fairly minimalistic in its rhythmic aspects, the constant barrage of rapid tempos does offer some development whilst the black metal characteristics are still in strong supply here as they attempt to create a sensation of unease. “The Morning Carried a Feeble Sun, a Solitary Sphere of Embers” for example, transmits more of this black metal presence in a relatively traditional style aesthetically. But the harsh emphasis on ear-piercing noisescapes almost transcends it onto another plane of heaviness. Similarly, “Blades Drawn From the Iron Marrow of the Sunken” offers a low-spirited and dissonant aura, in which it draws heavily on abrasive three-chord progressions and instable rhythmic backing to produce an unstable foundation. This eerie atmosphere is then shaken by the hellish screams that reverberate through your skull with great momentum.

The latter half of this record again pushes the unhinged intensity with tracks like “In Dragging Incandescence” that attempt to puncture your eardrums and violently tear apart the dense sonic fabric which the artist has created. The fast tempos also look to expand on this raw black metal sound, borrowing traits from elements of grindcore, hardcore punk, and death metal in order to keep the energy alive. “Pitiless Stars in the Clasp of Putrefaction” further leaves a destructive and nihilistic kind of impression on the listener’s mind as these simple, yet harrowing riffs persist, radiating into a visious and unforgiving atmosphere. “ἄπειρος καὶ ἐρῆμος ἐστιν ἡ θάλασσα” ends this album through an menacing and hostile soundscape that pushes the feedback to the max and an overspill of noise enters he frame to enhance the disorder.

A relatively minimalistic and to-the-point record, Hadopelagyal make it clear that their dissonant and abrasive presence is serious business. Manifested in a deranged wall of encompassing noise, Nereidean Seismic End commits to a harsh and intimidating atmosphere right to the very end. The incorporation of these traditional black metal aesthetics are evident, as well as some implementations of grind and death; however, it is through the pure emphasis on creating a lo-fi rawness that really gives this album its bitter edge.