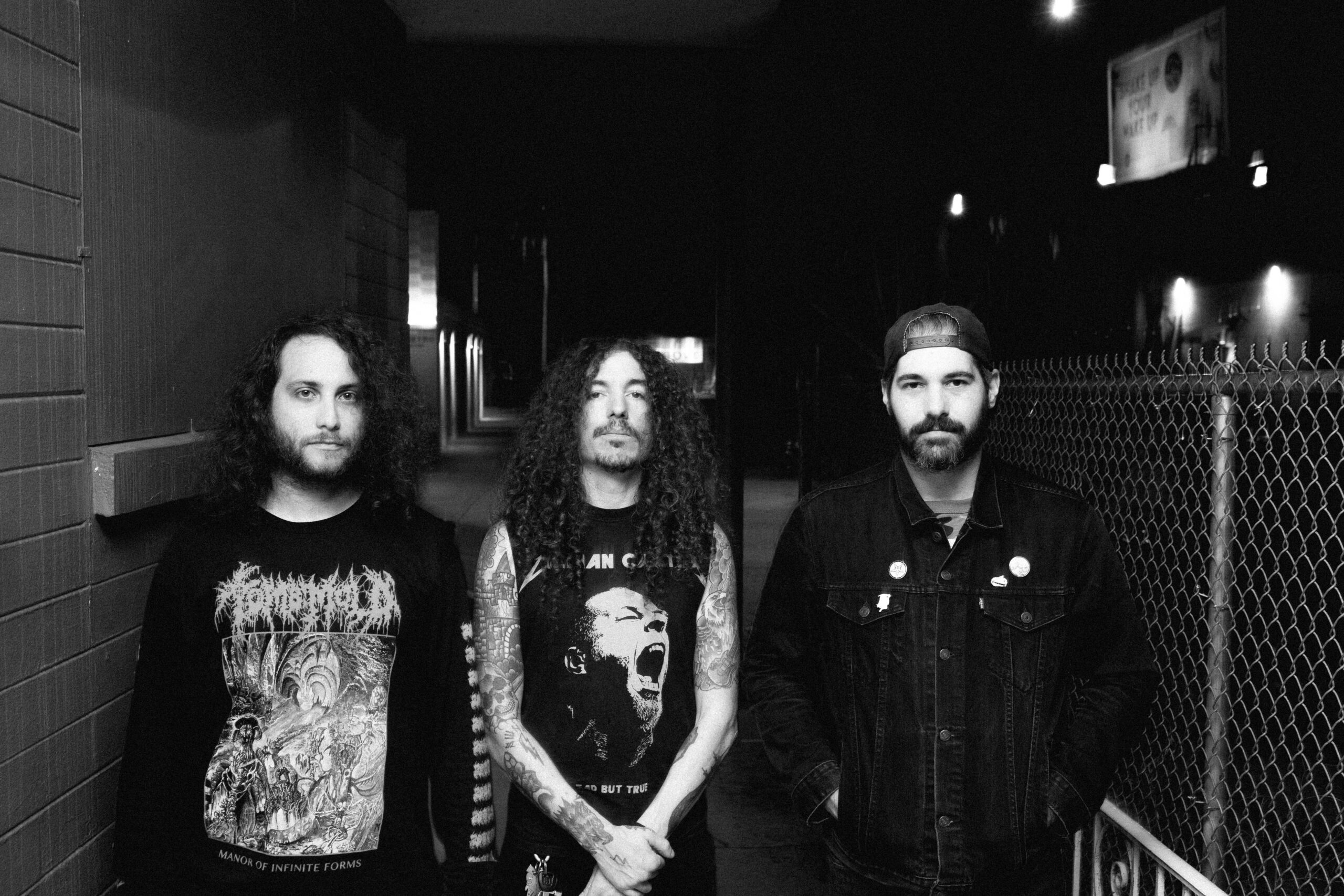 Salvation Through Misery is a ferocious, panic inducing offering from the experienced hand of Gillian Carter – do yourself and favour and check it out immediately.

One of the (many, many) things that writing for Everything Is Noise has taught me, is that there is a massive amount of top-class artists with huge bodies of work that I have just never heard of. Step forward Orlando, Florida’s Gillian Carter. Active for over 15 years, the Logan Rivera fronted band have amassed a serious back catalogue, of which I have barely had time to scratch the surface of. What is clear though is the fluidity of membership, each release seems to have a different number of contributors, with familiar names popping up across the board. Salvation Through Misery is the latest in a long line of Gillian Carter releases and is mostly recorded by Rivera and bassist Robert Caruso, with a small team of drummers (and Rivera himself taking some drum tracks). Going in with zero prior knowledge of the band, I had no idea what to expect. Before the first play, I didn’t even have any inclination of how long Gillian Carter had been putting out music. However it quickly became clear that this was an act that knew exactly what they were doing.

What an introduction to the band opening track “Life Is Hell, Hell Is Fucked” is. My first listen was on the long drive to work one morning and I immediately knew I was going to have to watch my speed, because this is one intense track. Clocking in at just over a minute it is impressive how much noise they have crammed into this tight, short space. The scream that ends the first tracks bleeds into “Drowning In Poison”, another speed demon absolutely littered with the kind of furious riffage that would result in serious neck pain after a live show. ‘I’ve been dead for a minute, oh my god‘ screams Rivera, you’ll likely feel your ears screaming the same after hearing the feedback that ends the track. Two songs in and it’s pretty clear Gillian Carter aren’t fucking around here.

There is no let up to come – “The Pain Of Being Awake” continues the sonic assault. It’s pretty clear the love these musicians have for Gillian Carter, you can feel every (heavily distorted) note or drum hit, especially as the track heads towards its sludge-like conclusion. ‘These walls are caving in‘ is one of the lyrics on the album that best reflects how Salvation Through Misery made me feel with the panic it invoked. There are however a few quieter moments that provide a little bit of a breather here, thankfully. Despite its title, “Serene Landscapes Of A Violent Utopia” provides just that with quiet guitar to allow the listener (and assumedly the band) a moment to catch their breath.

“Forced Into A World Of Shit” and “Lake Of Misery / Heart Of Hatred” join their predecessor in taking a step back. Although both full of fuzz and screams, there seems to be more calm and hope in the noise than what has come before. This doesn’t last forever though and Gillian Carter head back to the short, distressed sounding template that served the opening of the album so well. It is hard to put into words the feelings that tracks like “Crucified Upside Down” and “Nothing Ahead Of Us” invoke, suffice to say I’ve listened to this album a lot in the past few weeks and continually get lost in the music.

Salvation Through Misery saves some of its best sounds for the closing moments. To call “Living In Isolation” a lead in to the final track would do it a disservice, it is more like the soundtrack to the beginning of the apocalypse with its ability to fill with you hope and dread at the very same time. However, it does set up “Watching A Friend Die” perfectly. The final track on the album is Gillian Carter at their very best (from my very limited knowledge). The guitars are as melodic as they are brutal, sections of chaos punctuated by quieter moments of reflection. The closing section here is just fantastic, Caruso’s bass absolutely growling under the strained vocals of Rivera, before a sudden silence falls upon the record.

Salvation Through Misery is a beautiful beast of an album. It is relentless in its delivery, with enough variety and subtleties to warrant many repeated listens. If you like your music frantic and in your face, this is going to be right up your street. As an introduction to Gillian Carter, it has done more than pique my interest –  you’ll find me dipping into their back catalogue constantly over the next few months to try and catch up with what I’ve missed. If Salvation Through Misery is your first introduction to the band then I imagine you’ll be doing something similar, so let me point you in the direction of this fantastic Audiotree session first. In the meantime, settle in and enjoy every moment of the ferociousness that Gillian Carter have given us with this latest album.