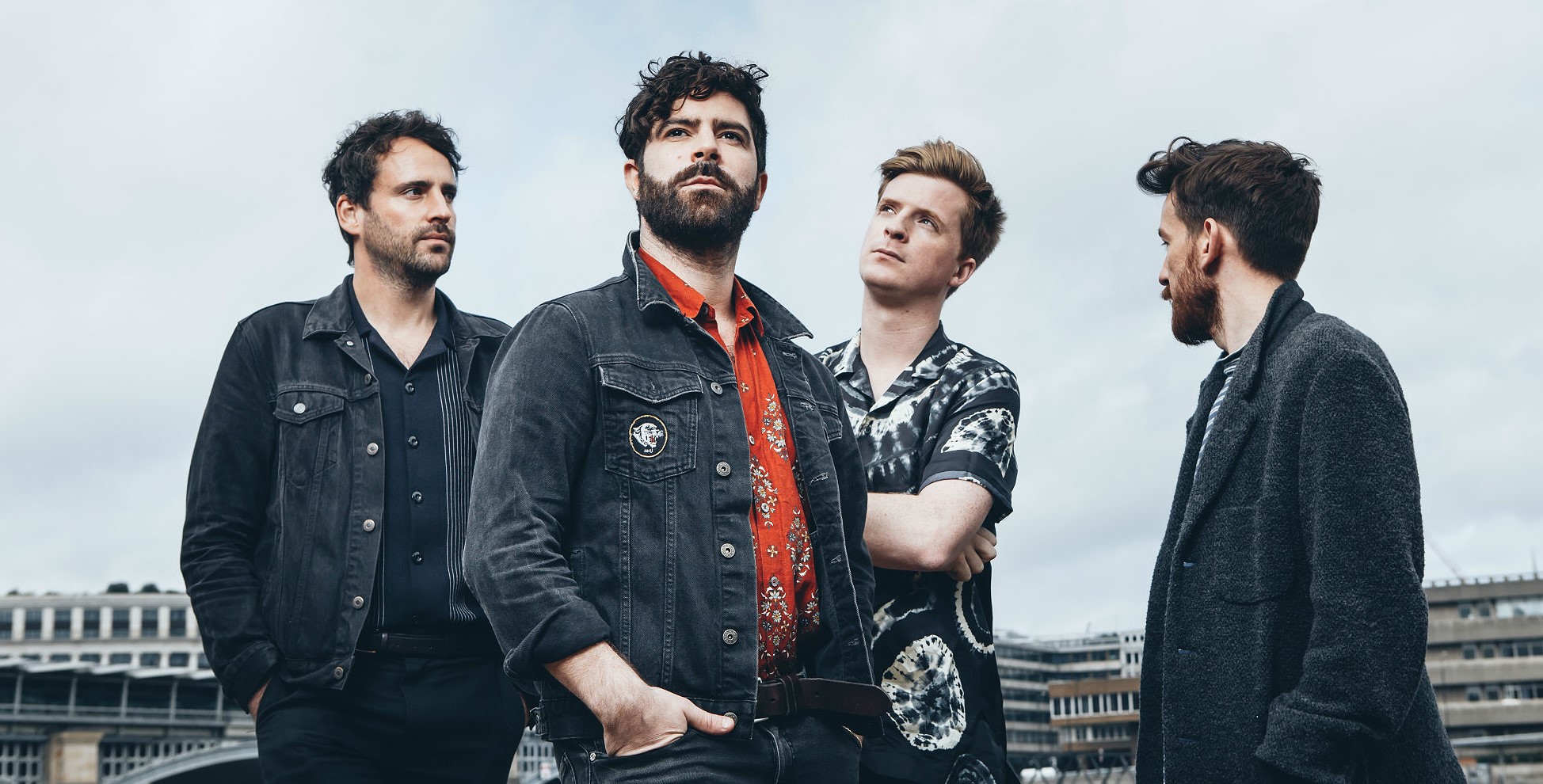 Foals – “Everything Not Saved Will Be Lost Part 2”

By Rodney FuchsNovember 26, 2019 No Comments

Fuzzy, noisy guitars and the charismatic voice of Yannis Philippakis shape the sound of Foals‘ new album. Everything Not Saved Will Be Lost Part 2‘s quality is equivalent to its predecessor, while bringing in a heavy and atmospheric side.

Releasing double albums has experienced a comeback in the last several years. But instead of releasing a double album like The Who‘s Tommy, more and more bands tend to release two records split in the middle. With a pause of some months in between, they can keep their fans stoked for the second half. Between The Buried And Me did so with their Automata releases, as did 22 with their You Are Creating Limbs 1 & 2. British indie-rock band Foals also decided to do a split double album. The first part was released in March 2019, while the second one was just published in October.

Everything Not Saved Will Be Lost Part 2 basically catches up directly where the first part left off. After a short introduction, “The Runner” starts to play and immediately creates that mood you will get when listening to Foals‘ music. “The Runner” features a very catchy and easy-listenable chorus, while the verse stands out with fuzzy and aggressively distorted sounding guitars. The song’s drive creates a dancey vibe, with which this track is already a high contender for a good live song. In comparison to tracks like “Mountain At My Gates” or “My Number”, “The Runner” also features the hit-single potential. Furthermore, it’s one of the most memorable tracks on this new record.

Some tracks on Everything Not Saved Will Be Lost Part 2 seem to catch up with Foals‘ earlier math-rock influences. Not only when it comes to their sound, but also within the guitar riffing. “Wash Off”, for example, focuses clearly on the guitars and comes with a quirky and surfy rock vibe. “Like Lightning” also has its mathy guitars, which create a diffuse and noisy overall sound, in which Yannis Philippakis’s vocals almost seem to drown. A short piano interlude (“Ikaria”) builds a bridge in connecting the songs, but also feels somewhat misplaced – there’s no obvious connection at all. “10,000 Feet” immediately catches up with the dark and fuzzy guitars that somehow are omnipresent on the whole record. The song’s chorus especially attains a lot of power and an energetic guitar tone.

“Neptune” does something that seems quite uncommon for a band like Foals. The last track of the album goes beyond the 10 minute time mark. It slowly builds up with a bass lick and a repetitive guitar tone, whilst the drums come in and the vocals take the lead. Instead of doing another song with hit-potential, Foals take their time on “Neptune” and slowly, almost patiently build up their momentum, until the distorted guitars break free. Even though the song structure is quite simple and quick, Foals know how to play with their dynamics. It’s a rollercoaster ride of vigorous passages, calm parts, and overall a very atmospheric scape of sounds. The slightly depressive feeling in the vocals create a melancholic drive, which rounds up the album’s setting very well.

A song like “Neptune” is obviously what Foals do best, when starting to experiment with post-rock. Not that they haven’t done it before, but for the very first time, they try to elaborate on riffs, while not pushing them into a catchy, poppy song structure. Based on the dynamics of “Neptune”, one can get lost within the ten minutes of playtime. It’s a hypnotizing and fascinating feeling to explore the depths that Everything Not Saved Will Be Lost Part 2’s ending comes with, while clearly moving away from the catchy indie-pop side of the band’s sound.

One of the aspects that makes Foals what they are is singer Yannis. Just listen to the balladesque “Into The Surf”, and experience the ambient side of Philippakis’s clear but marked vocals. His voice sounds so unique – while he elaborates his vocal work on all these songs and experiments, he also puts in more energy. All this benefits the very sturdy instrumentals of the record, but also the calm, clean parts. Everything Not Saved Will Be Lost has once again shown what Foals are: an exceptional rock band that might be able to become one of the biggest of their generation. Only time will tell. But releasing high-quality records in good frequency will push them further and further to the top. Luckily we’re able to watch them grow.