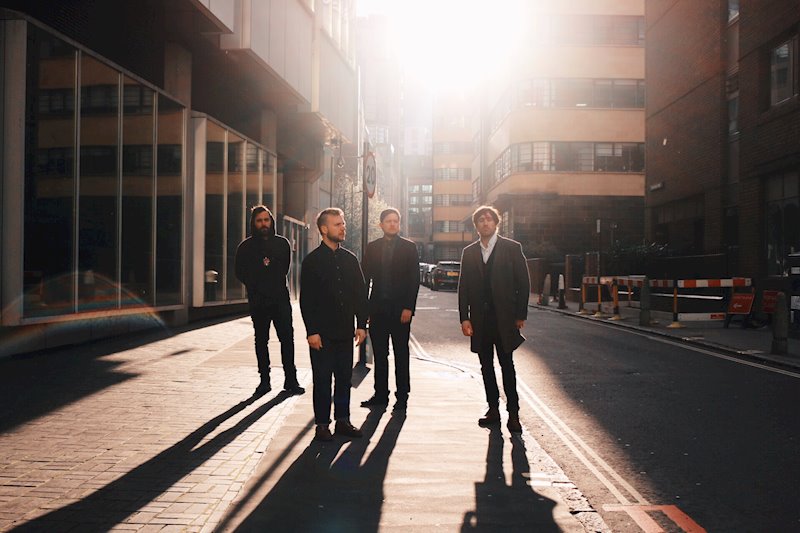 Electric Litany – “Under A Common Sky”

By Pete OverellJanuary 3, 2020 No Comments

Electric Litany have crafted a delightfully proggy post-rock record, one that encapsulates both triumph and sadness within the rich layers employed by the band.

Under A Common Sky elicits a number of emotional reponses from the listener, thanks to expert songwriting and amazing instrumental performances. Thick atmospheres permeate the nine tracks, most of which are genre-bending success stories of the band’s imagination and creativity. By the six-minute mark into the album, you’ve already experienced a huge plethora of sounds and styles, which all wrap loosely around the core sound of Electric Litany.

A lot of the tracks are filled with thick synth and key layers, with the guitar sounds often stripped back and distorted. Live bass and drums are also used; both sound like they could be used in Depeche Mode or The Black Queen, having a late 80’s/90’s feel to them, with a modern twist of course. The band use these tools very effectively, creating varying soundscapes that transform from dreamy synthpop tunes with surf rock tones into a harrowing, synth-driven experience that takes hold to send your mood haywire.

This is the English band’s third record, released in November on Apollon Records. Written in a beach hut on Corfu, Greece, the record reflects on the state of humanity, with powerful tracks like “Under A Common Sky (Refugee)” showcasing deep lyrics that hit home on repeated listens. The vocals are very indie-rock: soft, guided, yet powerful. The triumphant moments from the instruments, combined with these vocal patterns, create great walls of sound that fill you with passion and humility.

“CFU” – the second track on the album – also showcases some of the more experimental aspects of Electric Litany. Opening the track are some amazing vocals from a group of Greek women on Corfu, a very unexpected element that works really well as a full opener for the album. The band really bend the synths to the max on this track, with a chorus of sorts made up of weirdly high-pitched synths. These did not capture my imagination unfortunately, and when I get to this point in the track, it’s usually a hard skip for me.

Due to personal preference, I also struggle with the later songs of the album. Despite the great production, I find the sonic themes of each track very similar, and after the excellent “Bedroom” and the title track, I find it hard to engage with the album for much longer. Under a Common Sky devolves into almost pure synths with drums and vocals – a marked turn from their previous records – and arguably a direction that hasn’t paid off too well towards the end of the album. It very much fizzles out, losing those triumphant and powerful moments scattered throughout its beginning.

Going back to “Bedroom”, this is probably my favourite track of the record. Blending the best of Electric Litany‘s styles together, it takes you on a journey, slowly escalating through numerous motions into a dreamy yet invigorating climax. The keyboards work really well on this track, as do the much more present and energising drums.

The band have certainly built a good base to grow from, and with connections like Alan Parsons (who worked with them on their last album), I’m sure they’ll be innovating even more in the future. Personally, I’d like to hear fewer synths and a bit more experimentation on their next record – the Cypriot vocals were one of the most interesting bits of the record for me. Nonetheless, this is a solid record and one that you should make sure to consume before moving onto 2020 releases!