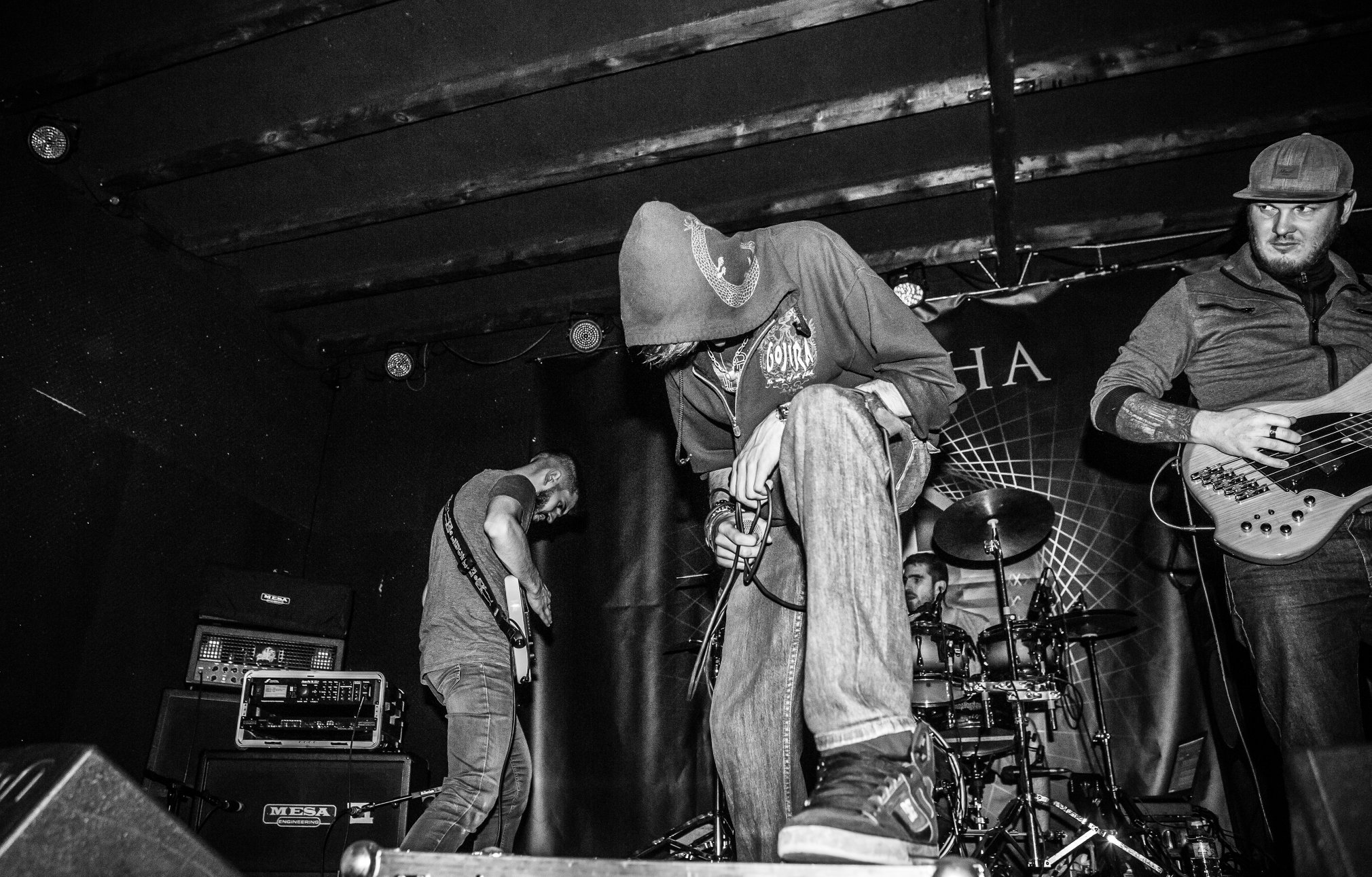 By Michael MartinDecember 27, 2018 No Comments

While some listeners may feel underwhelmed after a quick listen, the more time spent with Legacy, the more its merits began to show. Legacy is a solid first effort, and there is quite a bit of potential for Dukkha to create something great in the future.

Dukkha is a Buddhist philosophy which the English language does not have a word to properly convey the full meaning of. However, the words ‘suffering’, ‘pain’, and ‘stress’ can be used to convey a rough meaning. Ultimately, dukkha refers to suffering being the true nature of all existence. Residing in Lyon, France, is a progressive metalcore quintet who have embraced this belief and named their band Dukkha after this heavy philosophy. The band formed in 2016 and released their first single, “Heavenly Defaced God”, earlier this year in March. They finally released their debut album Legacy on November 17 for everyone in the metal world to sink their teeth into.

As stated by the band, Legacy is a concept album that uses the foundations of Buddhist philosophy to address societal and environmental issues. Dukkha also strove to create a delicate mix between brutality and ambient atmospheres for their debut, which is evident in the opening track “Geomorph.” A brief length of serene guitar and piano interplay ease the listener into the album before unleashing a verse rife with djenty chugging riffs that are undoubtedly played on extended range guitars. Just about the time you are getting into these heavy grooves, the band enters serene territory again with somewhat post-hardcore melodic guitars. A voice recording discussing philosophies of identity and individualism backs this length of the track and immediately called to mind the introduction to Alexisonfire‘s “Sharks and Danger”. The song eventually swells to a powerful climax, with double bass drum carrying more melodic guitar leads through to the end.

Despite a brief introduction of ambient noise, Dukkha dive headlong into the second track “Hiroshima” with an off-meter, galloping chug riff that is easily my favorite riff of the whole album. A strong Meshuggah vibe is standard and inevitable within this sub-genre of metal, but it is especially notable on this track. Throughout the entire album, vocalist Julien Sartorius predominantly utilizes a throaty mid-range scream that sounds like a hybrid of Jens Kidman and Randy Blythe. This vocal styling works very well with the instrumentals of “Hiroshima”. Track three is a piano interlude titled “Samsara”. While it is a beautiful piano composition, it is placed too early in the album, thus resulting in an undesired loss of momentum.

Momentum is swiftly regained with the next two beastly tracks, “Road to Chernobyl – Parts 1 & 2”. Both songs lean toward the heavier end of the spectrum and are full of solid grooves that are reminiscent of After The Burial‘s newest album (Part 1) and Auras (Part 2). In the first part, drummer Yon Rivard breaks free from the rhythm of the guitars and executes some noteworthy footwork. “Pre-Legacy” is the next track and is yet another guitar/piano interlude with some post-rock styling. Due to the intensity of the last couple tracks, this interlude is much more welcome than the last.

It wouldn’t be a progressive metalcore album without there being at least one Erra reference at some point. Thus enters the title track: “Legacy”. A handful of melodic lead guitar riffs interchange with poly-metric rhythm sections to make up the introduction and verses in a similar stutter-stop writing style of Erra, while the chorus entertains a driving progression of power chords. Probably the most emotionally driving track on the record, this song was well chosen as the title track. “Post Legacy” wraps up the album with similar ambient guitar and piano that it opened with, and overdubbed with another philosophically focused voice recording.

Legacy slowly grew on me during my last week listening to it. While I was underwhelmed by my first few listens, the more time I spent with it, the more its merits began to show. Although there is nothing revolutionary – or wholly unique – with this album, the musicians are talented and operating nearly on par with their genre contemporaries. Fans of acts like Textures and Erra should certainly find a bit of enjoyment here. My main complaint with the album is a noticeable flow problem. Legacy is a concept album, but doesn’t ever feel as such. The frequent use of interludes also keep any built up energy and momentum from enduring for very long at all. Overall, Legacy is a solid first effort, and there is quite a bit of potential for Dukkha to create something great in the future. No doubt I will continue to follow them in anticipation of exactly that.