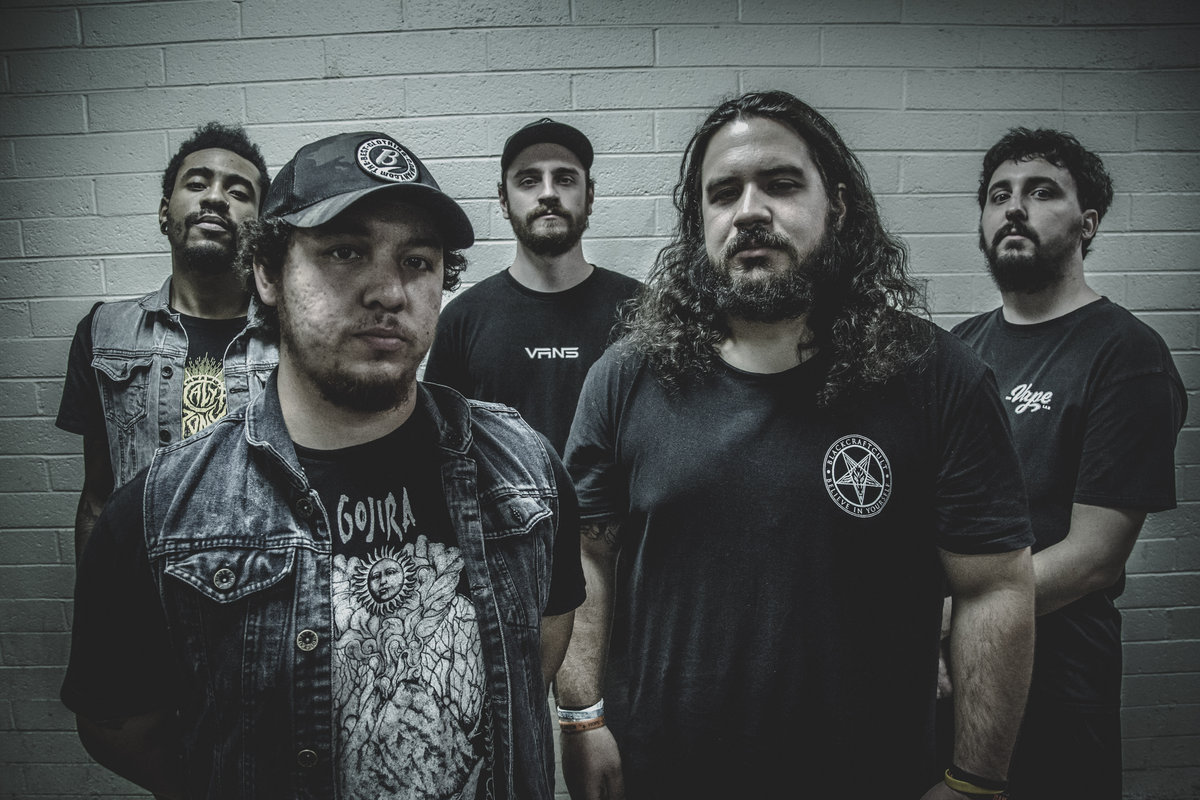 Aura of Iniquity is a solid second album from Dead World Reclamation, however, it doesn’t have any of the wow factor necessary to bring it beyond that.

I love death metal, especially the technical or progressive kinds. In a way, I like the symphonic iterations of those even more. On paper, there would be really no reason to not enjoy this album. Although, Dead World Reclamation‘s second record doesn’t manage to land in the outstanding realm: it remains rather firmly in the solid, but ultimately, not truly remarkable dimension. The album has plenty of things going for it, but just as well, plenty of other things that don’t do any favors for it.

I considered cutting it some slack, since it’s only the band’s second album. I immediately removed that consideration from thought upon finishing the record once. The band clearly has plenty of technical prowess and all the necessary means to make a great album. Why this hasn’t happened is really anyone’s guess. I’m not saying it’s bad, it’s just that all the quality markers surrounding it indicate something greater and instead it’s a record that is roughly just enough fun for one listen.

It seems to be a very predictable trip, no matter how you try and spin it. There are a lot of classic tropes related to this genre being employed. The orchestrations feel generic, as if beckoning ideas from a Fleshgod Apocalypse or Septicflesh record but with no authenticity in their bones. So really, that entire dimension of the album is something that just flew past me.

While I can give credit for attempting to meld together the progressive tendencies, the technically proficient delivery, the death metal/deathcore substrates which are united under a symphonic/orchestral atmosphere, I can’t do that fully when the end result is highly formulaic. Interestingly, if I take “The Everlasting Hunt” as an example for this, it checks out: however, it’s just catchy enough to stick to you. It also has something going for it which kind of makes it stand out as opposed to other tracks, although I just can’t put my finger on it.

I would also like to comment a little about the production. In this day and age I rarely (if ever) find myself making remarks on mix and master details, but here we are. The low end feels a little recessed, or maybe lacking some proper oomph, as you would normally expect in death metal. The treble section, on the other hand, doesn’t simply cut through the mix, but it also cuts a little into me. The cymbals notably feel excessively piercing and some of the more brilliant highs tend to be shrill. While, for the most part, it feels like all the layers are neatly separated, there are times when a lot of stuff overlaps and it all just feels like it’s oozing harmonic distortion. “Pantheon Of Shadows” would be a fitting example for this point, especially during the chorus.

If anything, I think the vocal delivery salvages a lot of the record. It’s simply gargantuan and monstrous in every way. It’s exactly what you would want to hear on any extreme metal record. Deep and compelling growls, madly desperate shrieks, and the occasional shift into various alternatives to these, as noticed around the second minute of “Those Born of Suffering”. I think that this is one of the best vocal performances I’ve heard in recent years on an extreme metal album, to be honest.

Look, I’m not going to lie, there are moments on each song that piqued my attention and are super enjoyable: the intro to “Whispers of the Evergloom”, the solo in “The Void Bargain”, most of “The Everlasting Hunt”, the solo in “Those Born of Suffering”, or the intro to “Heralds of the Formless One”. There are also quite a few riffs and chugs scattered throughout which are really juicy. Sadly, all of these cool moments get lost in a package which feels really forgettable as a whole. In this sense, I feel like the titles of the songs are quite apt; they appear promising and flashy, however, upon closer inspection it’s all show and no substance.

I’m aware that all of this is going to sound harsh, because it probably is to an extent. I would like to underline that I wouldn’t have even bothered making these remarks if I didn’t feel there was some amount of promise to this band. A single release doesn’t define a band, not by a long shot in most cases. There’s plenty to improve upon, but there’s also plenty to work with, so there’s hope for more in the future. Ultimately, I wouldn’t recommend this as listening material to anyone who isn’t a dedicated fan of the genre — fans will surely have some fun with it. However, I would recommend this solely for the stunning vocal delivery if not for anything else.