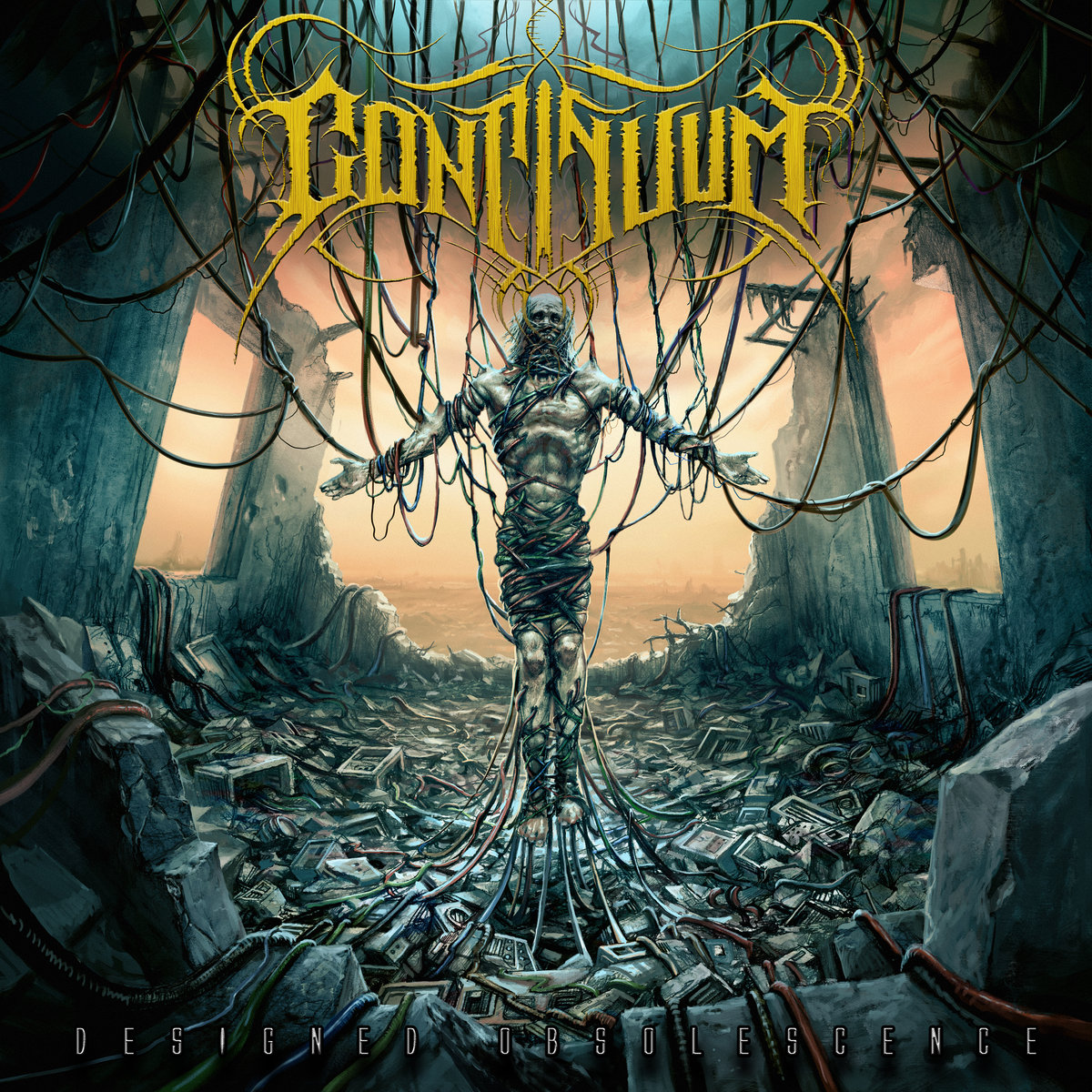 Continuum break the silence after four years with fresh material. Even with their immense technical prowess, the ideas across Designed Obsolescence don’t really come across as fresh.

Continuum is a tech-death band from California. They have what is basically an ‘all-star’ line-up, which consists of current and past members of Decrepit Birth, Braindrill, Animosity, Odious Mortem, Arkaik, Deeds of Flesh, Son of Aurelius, Flesh Consumed, and many others. Designed Obsolescence is the follow-up to The Hypothesis and quite unfortunately, it does not surpass the debut. While this may not be immediately observable, I will delve into the reasons as to why the album does not up the ante in any way.

The album spans just slightly over half an hour. Which is sufficient for this particular blend of metal, however it feels much longer. This is due to the songwriting itself rather than anything else. Over the nine tracks it looks like there’s a lot happening, and there is, but it leads nowhere. The album starts out rather generically with your typical machine-gun-double-bass laden assault which is accompanied by very fast riffing, nondescript harmonics at similar speeds, and pig squeals. Except for this, the only notable thing about the first three tracks is the guitar acrobatics near the end of each. By themselves, these mini solos are quite neat, but their identical placement across each song drowns them in the mix. The title track boasts the most in terms of songwriting with some catchy riffing, engaging delivery and, of course, the massive synths near the end which really amp up the atmosphere.

The rest of the songs don’t stray much from the approach of the first three. There are slightly more variations across the rest, but nothing out of the ordinary really. There are just no memorable riffs, the drumming just alternates between straight up 32nd notes and blast beats. Vocals hearken a little to how Dying Fetus approach their delivery, shifting between the classic pig squeal and a shrieking tone. The structure of the songs, and even of the album as a whole, is akin to a randomly stitched collage with no particular highlight. Whereas the first album had noticeably more nuance in structure, begging the question of ‘what happened?’.

On the other hand, performance and production are massive across the album. The band is comprised of seasoned musicians, and this is quite obvious in their flawless performance and level of technical execution. The production is very clean, almost too pristine for something as brutal as death metal. You can clearly hear the spaces between each note. Every instrument is neatly separated from each other, yet the whole blend sounds quite cohesive. The staging of the instruments in the mix is a little hermetic, giving the spatial qualities a slightly linear feeling.

Continuum have still yet to find their identity. Designed Obsolescence juggles with a lot of influences from this niche, however to no avail. It may be that with such a rich background of each musician, everyone wants to have their say over the course of the album. Trying to console so many viewpoints can be difficult, and in this case it seems that the result falls into the formulaic area. Fans of the genre can definitely get a couple of bangs out of this record since, besides the songwriting aspect, everything else seems on point. Let’s hope things will take a different turn around the next release.