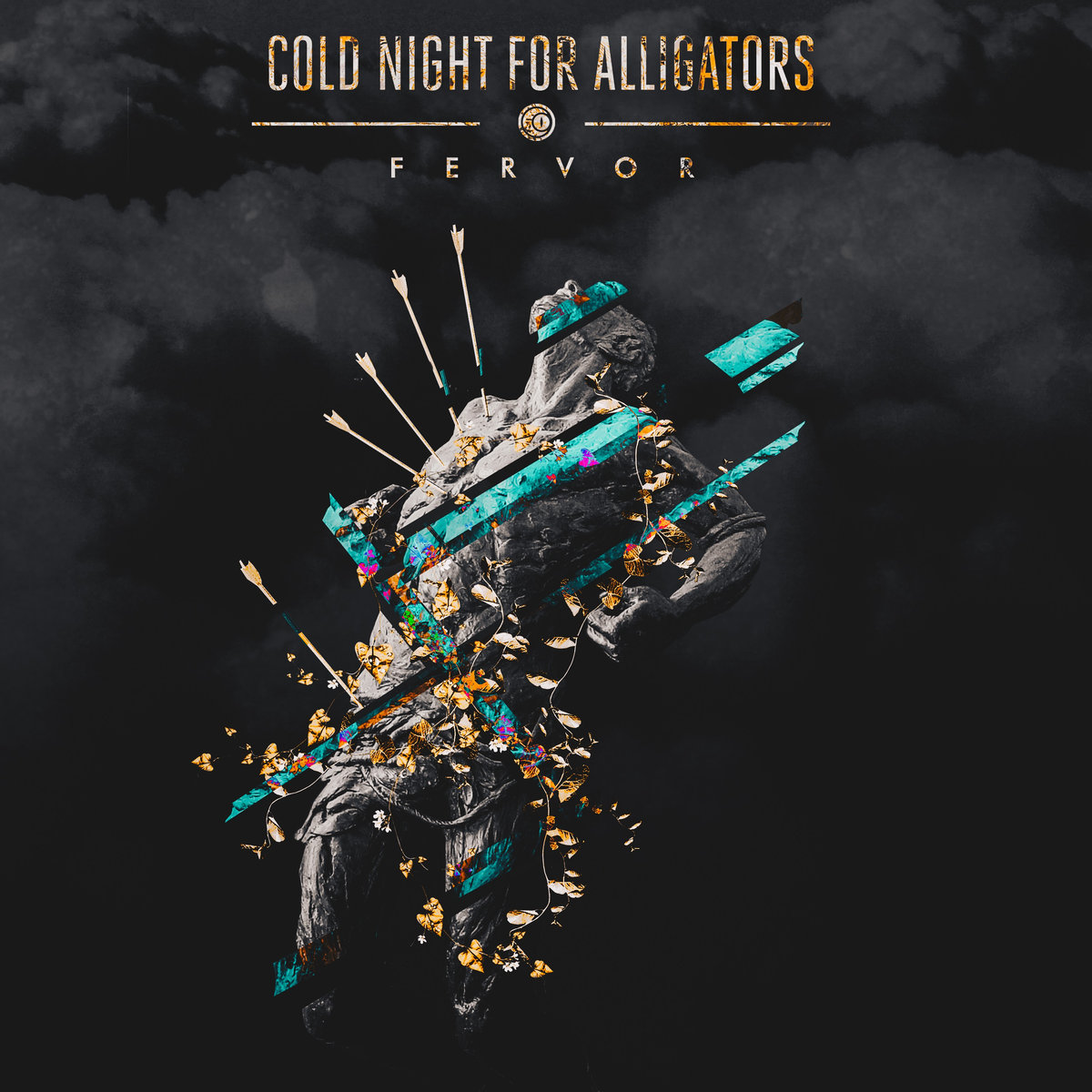 By Landon TurlockNovember 2, 2018 No Comments

Cold Night For Alligators‘ Fervor shows the band with a rawer, yet more melodic approach to progressive metal than in the past, balancing what it lacks in intensity, with huge hooks and an identifiable style.

Cold Night For Alligators is one of the many Danish bands rising to prominence in modern progressive metal. Their musical output thus far has been that of slickly produced, technical and down-tuned death/metalcore that would appeal to fans of Born of Osiris and Veil of Maya. However, their new record Fervor is a determinedly different experience. The band explains:

‘Our goal was to emphasize stronger songwriting, big soundscapes and a certain playfulness, which keeps the audience intrigued, rather than technicality for technicality’s sake, which we feel that we’ve accomplished. It’s softer, darker and more nuanced than Course of Events, and to us represents perfectly where we are as people.’

So now that we know the goal, we can evaluate its execution.

We are shown this new direction with an opening that feels interestingly familiar: “Violent Design” has some expected VOM dissonance and a straightforward, safe groove that didn’t quite capture my interest. However, the song builds into more engaging territory a minute in – from huge riffs to techy onslaughts, and then into a simultaneously progressive and uplifting chorus. It is in choruses like these where Fervor asserts its unique identity – the melodies are huge and memorable, yet not as polished as the poppy productions of their peers. Instead, they have a mid-aughts alt-rock flavor, combined with wandering instrumentation. With this approach, previously undeveloped in their catalog, Cold Night For Alligators latch introduce a defining element of Fervor that is revisited on nearly every track.

The wisely selected first single, “Canaille”, is billed as, ‘when post-hardcore and prog meet r’n’b‘, and delivers. The mathy clean guitars, minimalist electronics, and soaring choruses, are reminiscent of a less technical The Afterimage, or a more progressive Issues. With one of the strongest songs on the record, we have something that is catchy, unique, and enjoyable. I genuinely enjoy this song, and its replay value is fitting of its single status.

This mix of progressive metal, r’n’b/pop choruses, and metalcore/hardcore riffs, persist throughout the record. “Black Swan” is one of the most instrumentally adventurous songs on the album, with another immensely enjoyable chorus. Songs like “Get Rid of the Walls” and “Coloured Bones” build from softer, clean guitars into tracks that unfold into epic and heavy sections. “Infatuated” is an interestingly dark closer for a fairly uplifting record, introducing industrial elements, yet eschewing the metallic sections heard throughout Fervor.

Cold Night For Alligators now have label support, and aim to break past the genre constraints that restrained them the past. By dialing back the mechanical production and performances attributed to their peers, and focusing on a rawer sound and more emotive songs, they have lost some of their heaviness, but gained a great deal of definable identity. Unfortunately, it feels as though some instrumental sections are a little too generic and undefined, being punchy but not particularly memorable. This shortfall is thankfully more than remedied by the band’s increased attentiveness towards their choruses and dynamics in their songwriting. Fervor is a sophomore record that establishes the band’s uniqueness, but still shows where they have room to grow.