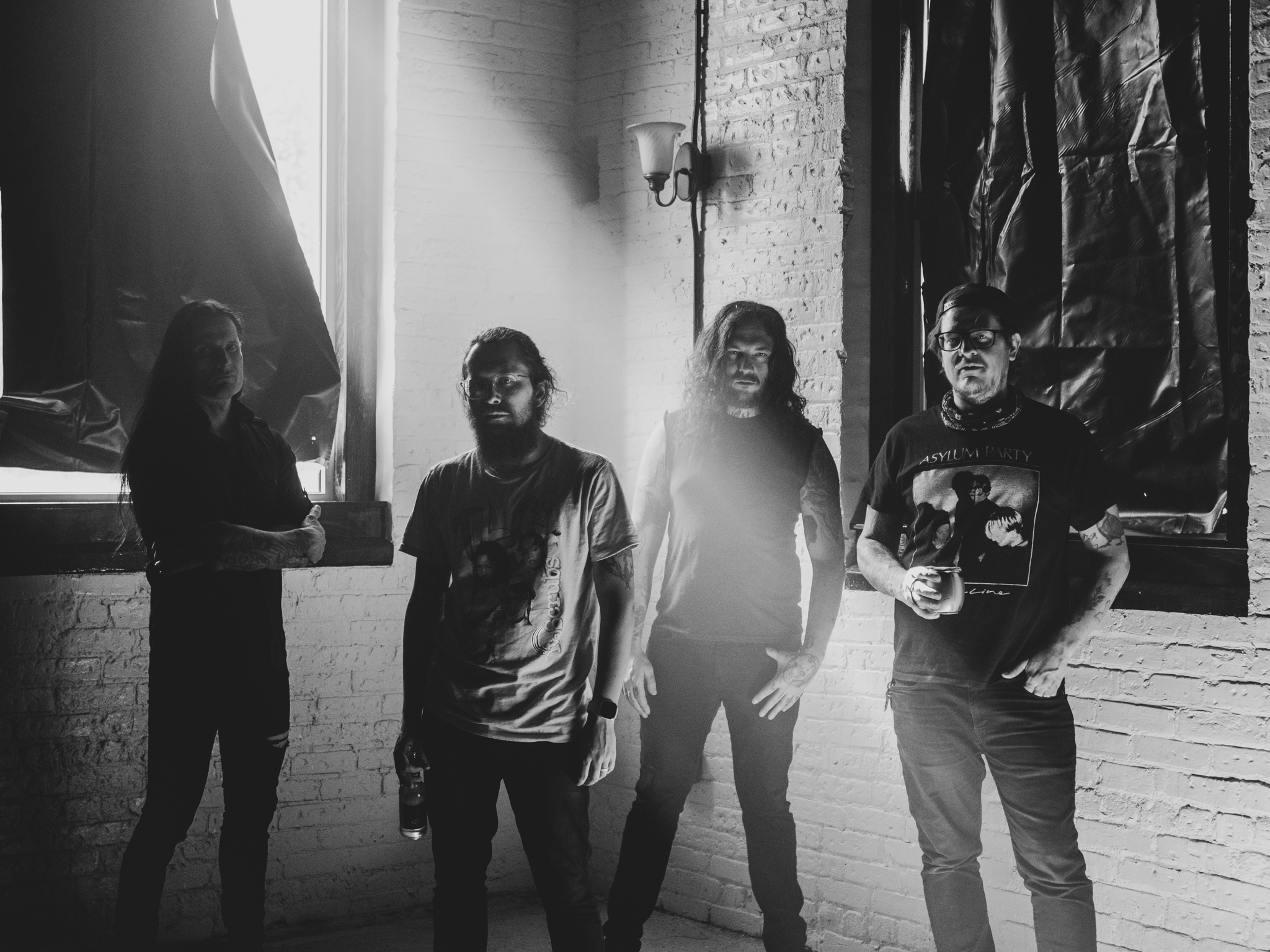 Chrome Waves – “The Rain Will Cleanse”

By David RodriguezSeptember 10, 2021 No Comments

Chrome Waves calmed the storm within them to write a sorrowful, atmospheric reminder that The Rain Will Cleanse and bring about better times.

Chrome Waves are an interesting-ass band. They came on my radar with their last album, 2020’s Where We Live, which wasn’t even released a full year ago before this album’s slated release. The Pittsburgh foursome pitch a tent on a pretty special space on the style spectrum, but with The Rain Will Cleanse, it gets a little more complicated and, dare I say, more sophisticated.

Some may call it doomgaze, post-metal/rock, or some permutation of any of those descriptors, but I think a very fitting name for it is gothgaze. The gaze is quite obvious – there’s a lot of room in Chrome Waves‘ songs for atmosphere to build, and the guitar tones are an airy, reverberated sort that Slowdive would probably smirk and nod at in agreement. The goth, though? Also apparent if you’re in tune with dark, gothic rock or metal, but also subtle. Hell, there’s even hints of grunge here and there.

Rolling all this up, it’s easy to see why and how Chrome Waves regularly get into some sullen moods. Being either doom, shoegaze, or post-rock alone would preclude the music from taking on an upbeat life for too long – all three though? Primed for sadboy supremacy. The Rain Will Cleanse is a fitting name, as at times the music feels waterlogged, or even drowned. The cover art especially has a great aesthetic that captures the tone of the music amazingly. It’s dark, the only light to speak of actively dying, and everything around you has already died. Trees are stripped of their rustling leaves, the soil beneath your feet unfit for growth of anything besides disappointment, and no noises of life fill the air – even the wind is chilled and tainted with a scent of decay from the loss of life around you.

If this sounds like an exercise in misery, well, it is, but there’s a note of hope to it all, as if holding the sun’s hand after it falls over the horizon’s edge to offer even the smallest bit of guidance and safety through the dark for you. We’re hit first with “When Night Falls”, which is a bit more uptempo fare for the album, but vastly slowed down compared to some of their previous output. The track is awash in serenely clean vocals and gazey guitars – not new for Chrome Waves, but I’ll go ahead and spoil things right now by saying that’s nearly all you get throughout The Rain Will Cleanse. Barely any harsh growls to speak of (skip to “Aspiring Death” for those if you want, but you’re missing out), no blackened metal measures, or other profoundly heavy moments – just you and a waterfall of emotion to mask your own.

When “Sometimes” creeps around, it settles in that this album is not a simple retread or retelling of their former glory. The intro guitar melody and some of the vocal lines invoke some goth rock. I think of HIM, maybe because I’ve been listening to them again after a several years’ hiatus, but also because I dare you not to see the similarities between that opening riff and the opening piano line from “Killing Loneliness” (please note: not trying to imply any sort of wrongdoing on Chrome Waves‘ part – there’s enough of that stuff going on already, and plus, this is a pretty common melody style in music). I digress – here, I’m hearing a new side of Chrome Waves. Sure, they’ve always been exceptionally dark, but to pull back some of the density to show more of the heart really did their sound some good.

This, thankfully, becomes the theme for the remaining four songs, all of which are slappers of the saddened variety. “Tired” especially stands out, as it settles into a more doomed-out tone, yet the vocals soar the highest of all on the record, channeling an ethereal quality that’s never been captured quite like this on a Chrome Waves song. I get chills when the chorus bowls in on a tempest of crashing drums and sustained guitars. Likewise, “A Future” is a fine continuation of this sound, but with the added enjoyment of some light grunge crunch to the guitars at the beginning that call forth some tasteful ’90s homage. I’m reminded vaguely of Alice In Chains because of how they similarly reveled in the melancholy of life, but always in these wildly affecting and palatable ways.

So, here we have another six songs – keeping with their pattern for albums – but doing something different with their time and energy. Look, I loved Chrome Waves‘ older stuff because I just love the melding of heavy and soft, but this… is something special. Where some would say that this album took the wind out of their sails by ditching some of the harsher elements and edge that previous albums had, I say it allowed them to show some restraint and allow them to convey a very specific type of aural despair, one meant to be relatable and a comforting hand upon your own as you navigate your own troubles. It’s hard to have hope nowadays, especially as our world gets increasingly darker, but it’s music like this that eases the pain if even for a moment.

I really like this direction that Chrome Waves have turned in. I didn’t expect it – I expected to get my ears blown off by a storm of black/post-metal with whipped gaze topping, as was the modus operandi of their previous work, but instead I was greeted with a cradling hand upon my face, a special empathy I haven’t found in music for a while now. The Rain Will Cleanse is more than a title, it’s a promise that better times will come, succeeding the battles we face. To some, this music may not inspire much positivity and that’s fine, but to those of us that understand and have lived through the miasma of life’s struggles, it’s like a second language – one that calms the anxiety within and puts our heads at rest.