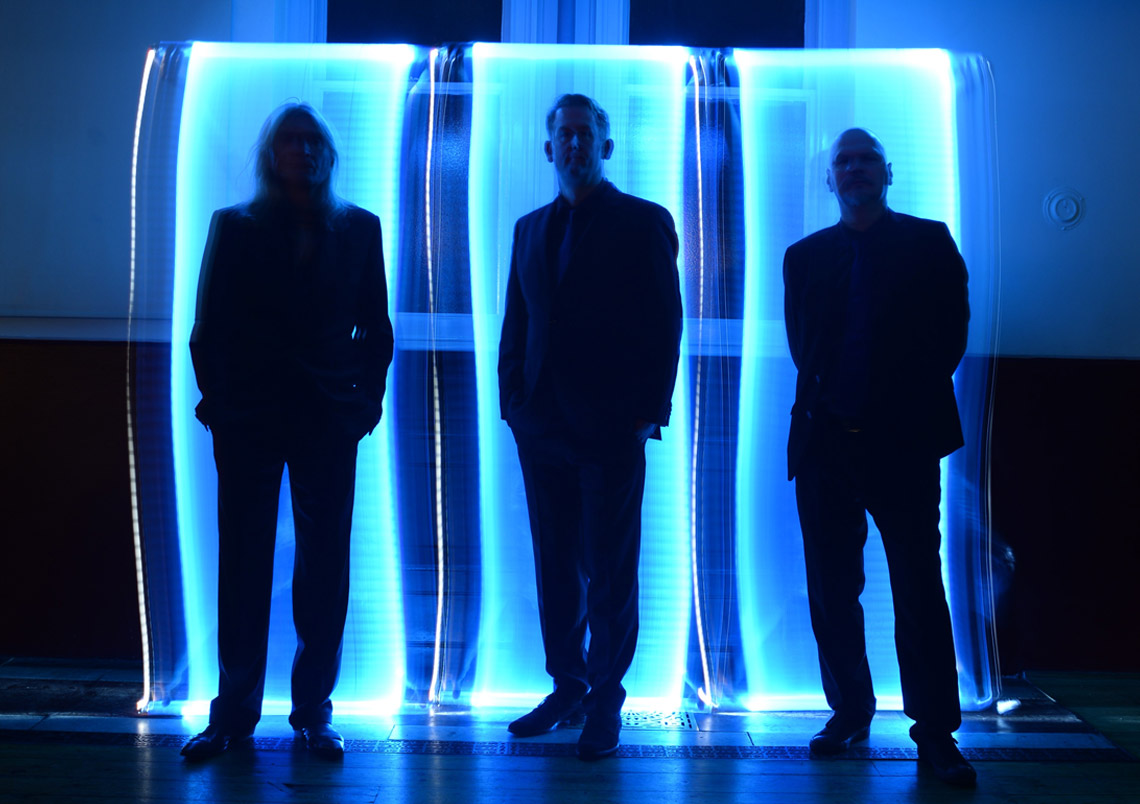 By Dominik BöhmerFebruary 27, 2020 No Comments

Imagine, if you will, a tiny, almost unfenestrated red brick gothic chapel, its dusty interior lit only through the odd narrow slit in its otherwise oppressively uninterrupted walls. A murky atmosphere, yes, one that Bohren und der Club of Gore would’ve fitted perfectly into given the drab doom jazz sound of their past few records. Well, between Piano Nights and Patchouli Blue, their latest œuvre, it seems like a particularly feisty builder took a sledge hammer to those unadorned walls and installed some beautiful stained glass windows to replace the heretofore sparsely placed sources of illumination, because this album sounds much more open and light-flooded than anything we’ve heard from Bohren in almost two decades.

Granted, it still feels like the band only ever come out to play around sundown, but at least there’s now a beautiful wash of colors to accompany their somber majesty. By virtue of that alone, Patchouli Blue is much closer to Bohren’s early noir jazz works like Midnight Radio or Sunset Mission (my personal favorites of theirs) than the overwhelmingly dark transmutations that were to follow, even though their sound has not changed all that dramatically over the years; indeed, their very essence is kept as intact as ever throughout this album.

The drums, whose operation is now a duty shared amongst the three remaining Bohren members, are just as slow and reverent as ever; the saxophone still sounds so tenebrously incandescent that every time it hits, it’ll inevitably force your head towards the sky, like a sunflower raising its blossom to a sun that has long since collapsed in on itself – holding out for what little remnants of that formerly radiant splendor it can absorb for its basic survival. Right down to the ghostly touch of the Fender Rhodes piano and the sparing use of auxiliary instrumentation, this is Bohrensian tristesse par excellence, and yet there’s a certain aura of lightness to Patchouli Blue, like some sort of heavy burden has but recently been lifted from the band.

You can hear this very early on in the record with the opening duo of “Total Falsch” and “Verwirrung am Strand”, which both almost come across as straight-up ambient jazz cuts, largely foregoing any of the darker genre connotations established earlier in this review. They are exemplary for the light, airy side to the trio’s music, which is perhaps best captured in the album’s vibraphone-heavy title track, “Patchouli Blue”. Sure, there are songs like “Vergessen & Vorbei” or “Sag mir, wie lang” that keep the record grounded in the familiar tones of the Bohren canon, but the overall vibe of Patchouli Blue is more of a heavy melancholy or even content nostalgia. It has more of a summer sunset feel to it than that trademark dark metropolitan lounge setting the band is usually associated with, which I find to be a delightful change of scenery.

It would be unfair of me to deem Patchouli Blue a return to old form for Bohren und der Club of Gore, because evaluating it as such would imply that their works leading up to it were of inferior quality. This was simply not the case, however; in fact, few bands could ever hope to be as consistently engaging as Bohren have been over the years. Therefore, I’m inclined to instead call it a return to an earlier stylistic path, one I’ve long hoped they would retread one day. If nothing else, Patchouli Blue’s rejuvenated elegance proves ten times over that Bohren are going to remain the gold standard in the realms of doom/noir jazz for years to come.