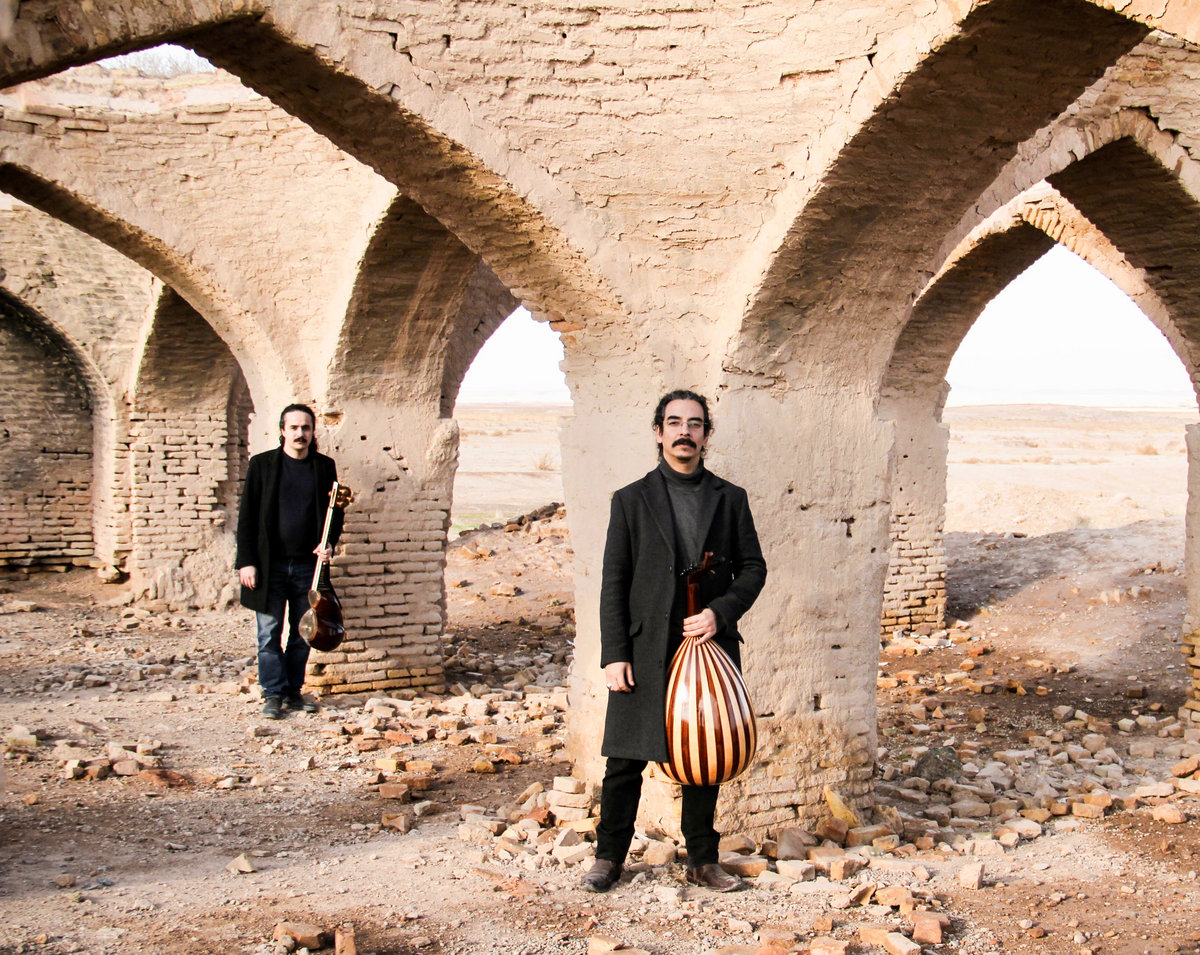 By Robert MiklosAugust 4, 2021 No Comments

Get ready to be teleported across time and space. Badieh‘s self-titled debut hearkens to something nigh spiritual that feels ancient as much as eternal.

It’s difficult to reach into Middle Eastern music, more so when you’re grown and bred in the Western side of the world. It feels almost like this inaccessible myth, the stuff of legends and the arcane. Worlds Within Worlds, a branch of Art As Catharsis Records, aims to bridge a gap both of language and culture, so that we may all tune into the sounds that make us tick. Badieh (meaning ‘steppe’ in Arabic and Farsi) is another addition to the WWW roster, which brings to life a hypnotic and arcane sound. The band came to be as a union of Michel Gasco’s and Mohammad Miraghazadeh’s visions and efforts. Badieh successfully aims to reinterpret and breathe new life into traditional Khorasani folk with conviction and prowess. Gasco himself briefly details how this all came to be:

‘Mohammad and I met in one of the periods I spent in Mashhad, Iran, to study Afghan Rubab. We had a musical connection from the first time we met, even though we come from totally different backgrounds. We tried to find a common ground by playing folk pieces from Khorasan – a very important historical and geographical area now divided by the border between Iran and Afghanistan. We enjoyed this so much, so we recorded our favorite folk pieces from both sides of the border.‘

Badieh employs a varied instrumentation over the course of its succinct yet mesmerizing run, encompassing the charming sounds of Arabic oud, Afghan rubab, tar, setar, tabla, tombak, duf, and kuze. All of these are traditional instruments found in the Middle East, in case this wasn’t already obvious. The duo are also joined by Omid Hatami on kuze and daf on “Paresh-e Jal”; Arash Asadi on tombak on “Leyla Dar Vakon” and “Sahargah”; Ramin Ahmadi on tabla on “Rashid Khan”, “Navaei”, and “Assadolla Jan”; and finally, Alberto Centella on bansuri on “Navaei”. As the instrumentation is balanced and neatly dispersed between the songs, so are the arrangements of the layers for each respective track.

The diversity of instruments used throughout isn’t as striking as one would expect, at least to one who isn’t accustomed to their sound. Upon subsequent listens, it becomes obvious that the pairing of the instruments, along with their respective lines, illustrates a beautiful balance in terms of sonic palate. This all offers the album a streamlined and almost ethereal feeling; it also makes the flow between the songs appear so effortless and seamless that the entire journey feels like one singular tale. The musical heritage as well as its intricate delivery are masterfully conveyed over the course of the six songs, each saying its line cursively and aptly.

Reach into the shifting sands of time and of the Middle East alongside the band, as they enact their sound in its endemic environment.

The hypnotic character of the music is immediately apparent; however, it seems to amplify with each listen. I accidentally listened to the album on a loop for what must’ve been three or four hours. There are so many lovely details nested within that over each encounter new perspectives reveal themselves, creating another unique journey. There’s also something mesmerizing in the songwriting itself as it does not tire or stress even after hours of them doing the same things. I guess you could say that something truly magical is attained, as I don’t think I can name anything else that has any similar effect.

The evocative character of Badieh is highly nuanced. What I mean is that it is extremely easy to visualize the areas referenced indirectly by the music, and it is similarly easy to close your eyes and open them right there. This is a level of immersion that I rarely encounter with an album and above all, it pairs quite well with the scorching heat of this summer. Badieh is definitely something for the attentive listener, but more importantly, for one with very keen ears. It is however, an amazingly rewarding experience.