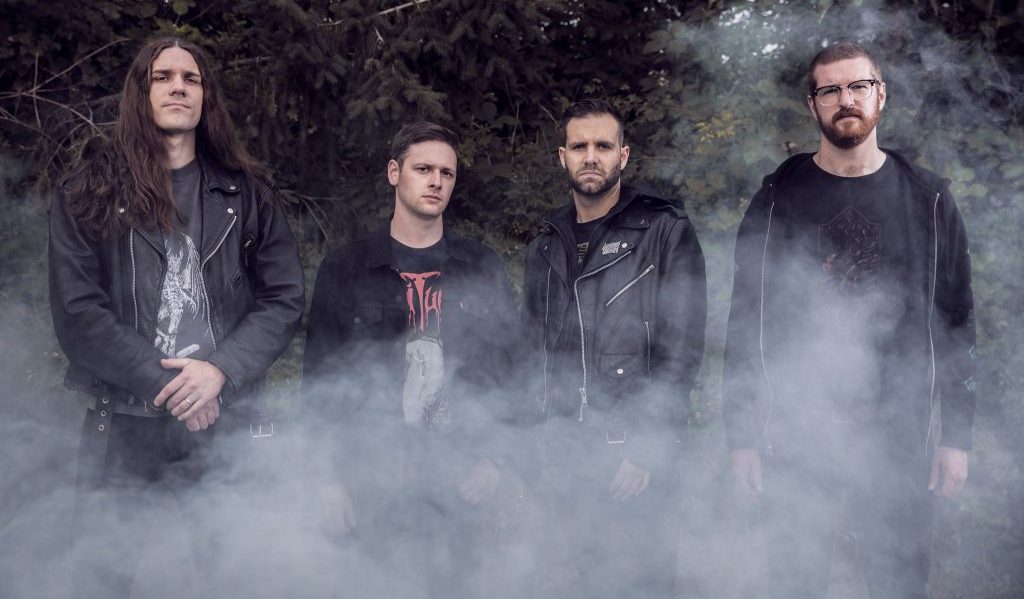 By Robert MiklosNovember 8, 2021 No Comments

Prepare yourself for some gritty, balls-to-the-wall heavy prog death.

If you thought that 2021 can’t possibly throw more awesome death metal in your face, I have some news for you – you’re terribly wrong. Meet the Canadians from Atrae Bilis, who unleash upon all of us unsuspecting mortals their debut record, Apexapien. I don’t know about you, but I get all kinds of excited when I hear about something related to prog death happening. Atrae Bilis do not dissapoint in absolutely any kind of way in terms of delivering a solid experience straight to our ears. I was caught a little bit off guard by the album, mostly because at first impression, it didn’t strike me as something as refined as the genre tag would imply.

This would be mostly related to the relentlessly gritty sound, as well as some vaguely brutal death metal-reminiscent stylings thrown around. That’s not something I usually associate with prog death, but it was ultimately a plesant surprise, as this tinge in their blend is executed in a very compelling and cohesive manner. It’s part of their sonic persona, and it’s gritty enough to call it gritty, but not so much as to slap a ‘raw’ or ‘messy’ label on it (in a bad way). One of the things that really goes in that area fully is a part of the guttural vocal delivery, hella demonic stuff that seems to be competing with the bass guitar for the lowest note on the record. That’s metal as fuck, so that’s a big thumbs up from me.

To expand a little on that thought, though, I’m not usually very keen on deeply guttural deliveries in terms of vocal performance. Here, however, it’s a very meaty tone that is rich and well-defined, as well as being executed with professionalism, so it really wins. The vocal lines in this context also slide very neatly together with the rest of the music, and it really feels like they’re an integral part of the tunes, as opposed to many bands that forget about this level of integration entirely. Hold up, though; there’s plenty of variety with this, too. We hear some shrieking and cleans as well, but I’ll let you discover those by yourself.

Apexapien is the kind of progressive metal record that delivers its ‘progressive’ point throughout songwriting alone; no unusual instruments or wild sonic artifices are employed throughout. It’s all a gutsy, relentless, and darkened trip that revels in its murky mood. There’s a lot of stuff going on if you look at the instruments alone or at how their lines collide and synchronize. There’s a lot to unpack and pick apart at a technical level, and the technically savvy will have a lot of fun dissecting this stuff. The riff work is extremely solid and engaging, basically driving everything where it has to go, along with of course the percussion and the bass. The melodic content of the record is all but forgotten – what I mean is that you really need to dig for it to find it, but it’s definitely there and it plays the most important role in setting the mood of the record.

In spite of its somewhat unseemly appearance, Apexapien is a refined album, one that is put together with a good deal of thought and presented to us in a top shelf packaging. Definitely tune in to this Atrae Bilis record if you’re looking for a solid and almost unforgiving death metal experience.