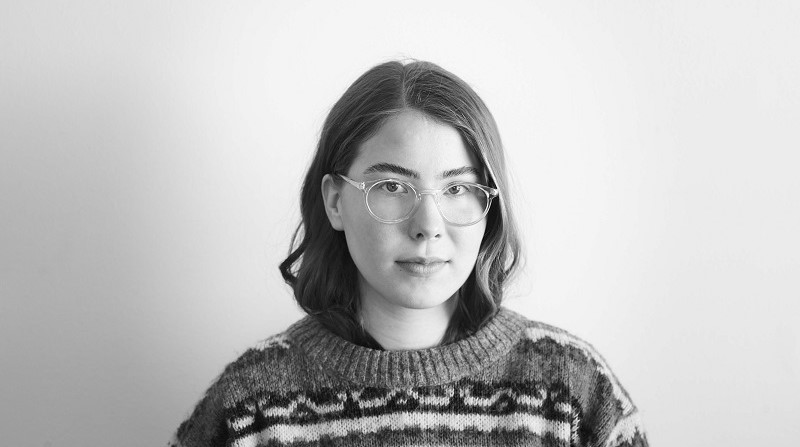 By Shaun MilliganFebruary 26, 2022 No Comments

With four tracks of pensive, melodic folk, Arny Margret captures not only the tranquillity and embracing solitude of cold climes and thoughtful times, but also your ears and heart in the process – and all inside quarter of an hour.

Hailing from the scenic Westfjords – a sparsely populated peninsula in Iceland – Arny Margret pens the kind of intimate, enchanting music that lathers you with both a welcome sleepiness and a sense of enveloping solitude. Composed against the varied backdrops of some of Earth’s most starkly beautiful places (in my opinion), intertwined finds itself mirroring many of the same attractive qualities as its place of creation – vibrant, majestic, and still on some occasions, while hauntingly melancholy and portraying a reverent appreciation of sparseness at other times.

Similarities between soundscape and landscape aside, the EP possesses many attributes that make Margret an artist worth familiarising yourself with. As such, I’m genuinely relieved that this – the singer-songwriter’s debut EP – did not escape my attention. With four tracks totalling a runtime around 13 minutes, Margret’s work is instantly charming and bears similarities to the equally dissolving canvases of sound you’d hear from Black Sea Dahu or Laura Marling. Delicate, finger-plucked guitar melds beautifully with a voice that’s silken, forming a foundation on which little flourishes here and there are provided to enhance the overall experience.

Immediately, I was struck by the emotional might of Margret’s songwriting. Considering the modest range of components that create the EP’s lullaby-esque sound, the 20-year-old composes with a proficiency that oozes sonic depth and evocative power. The resulting tracks feel organic, flowing forth from a tender balance: a structural simplicity provides each song with ample room to breathe to its fullest, while the vocal arrangements and dynamic textures offer a satisfying complexity that prevents boredom from being even remotely possible.

Arny Margret works hard on every track to be able to pull you in so effortlessly, so I won’t over-dissect each song; she absolutely deserves for you to drop 13 minutes of your time and discover its magic for yourself. We have three original songs, along with a sublime cover of John Hartford‘s “in tall buildings”. Prior to this rendition, we’re gifted the opening, titular track (above) and other single “akureyri”. Both allow soft guitar fingerpicking to disperse in the surroundings, laying a warming mist that gathers beneath Margret’s lead melodies and tastefully employed harmonies. The final track, “sometime”, just blew me away. Tints of digitised atmospherics shimmer amidst keys and guitar, softly easing their way to the foreground as this irresistibly replayable closer lulls us into its rising light and compels us to reach for the opening plucks of “intertwined” once again.

As well as deftly strummed strings, Margret’s entrancing voice possesses a natural tremolo that seeps out, escaping the embrace of her breathy cadences like birdsong from spring branches at dawn. They affect the course of each song in wonderful ways, as Margret’s lambent melodies flutter out from between the resonating strings of her guitar work and other accompanying instrumentation – primarily by her own hand (such as piano and harmonium), alongside bass courtesy of Sigurður Guðmundsson.

Speaking of resonance, an attentive ear to the soft trill and reverberating euphony of Margret’s singing will discern themes of solitude, struggle, and a tender longing for self-discovery, tucked within the minimalist instrumentals of intertwined. Although weighty in nature, the instrumentation and delivery actually dispel melancholy – as if disarming any fear and worry brought on by the very themes Margret sings so sweetly about. However, I’ll let you discover the impressive extent of her mature, poetic lyricism for yourself. Margret possesses clear talent, but intertwined isn’t an EP reliant on gimmicks to make itself the centre of attention – ironic given that it’s absolutely deserving of it. Instead, it’s simply a succinct example of spectacularly heartfelt songcraft and I cannot fault it for that.

What Arny Margret achieves in less than 15 minutes is incredible, and staggeringly promising for her future. Through memorable songwriting and enchanting execution, intertwined renders itself firmly affixed at your core. From there, Margret and her wistful folk will nestle in the cavities of your heart and memory long after the EP’s brief runtime has elapsed. It’s a debut that is inviting, embracing, and captivating – both acknowledging of hurt and remedial in its wake; it’s also compelling proof that sometimes less truly is more.

Arny Margret will also be a Weekly Featured Artist when April arrives, so don’t miss that!