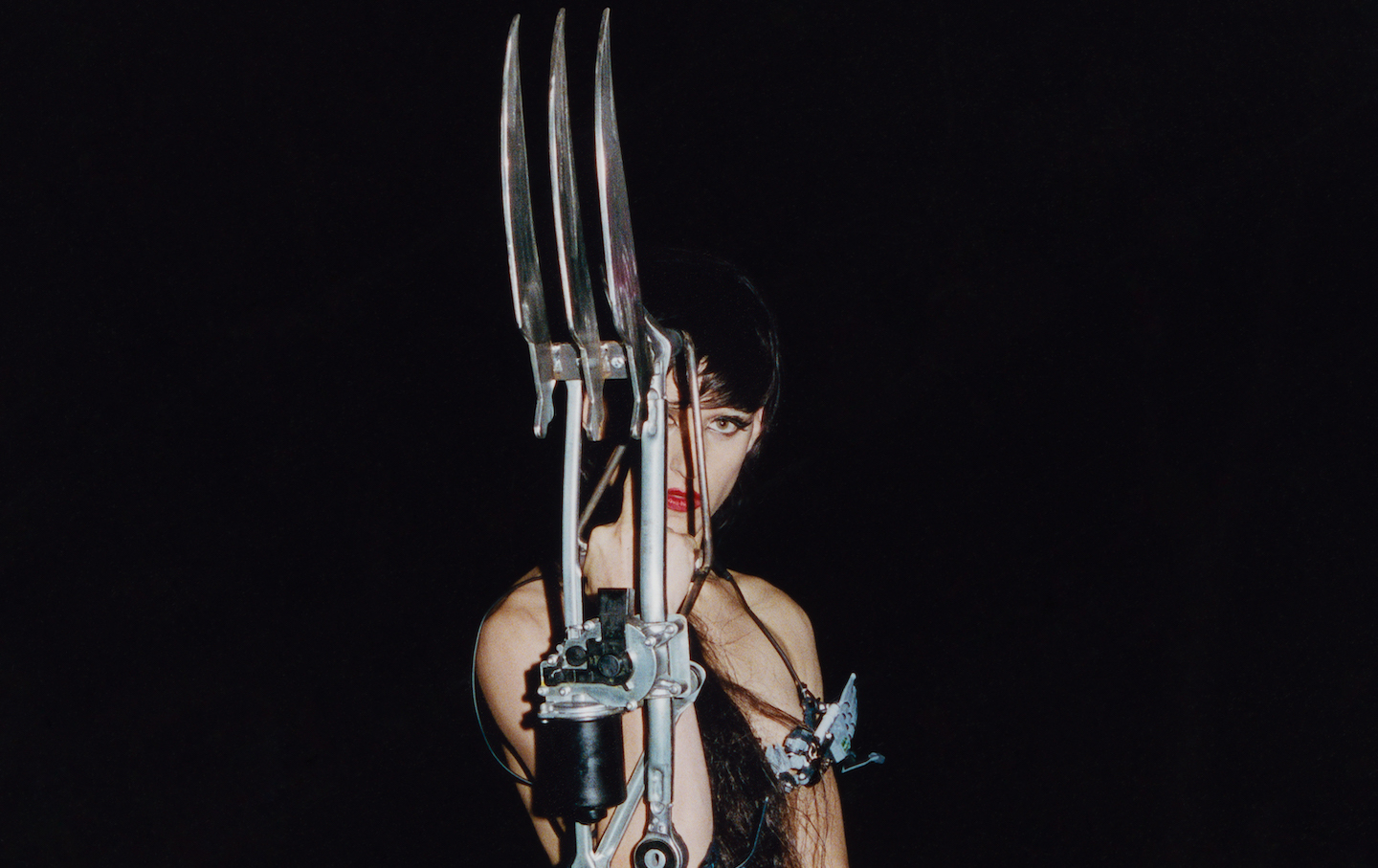 By Carlos Vélez-CancelFebruary 7, 2021 No Comments

With Madre, Arca shares with us the complexities of a mother-daughter relationship and its inevitable influence through four iterations of a single musical idea, resulting in a project that gives more than meets the ear.

One does not simply listen to Arca. Ignoring my lame attempt at starting this review by quoting an overwhelmingly quoted Lord of the Rings line, immersing yourself into the world of this beloved Venezuelan experimental artist is truly a journey not unlike the aforementioned trilogy, left with nothing but a sense of amazement and an instant urge to want more of it. Her latest full-length KiCk i (and like her previous efforts) took the world by storm, garnering very positive reception due to her overall abrasive yet catchy delivery. Her blend of avant-pop and dembow is a real treat, constructing songs that sway in a kaleidoscopic fashion while simultaneously bringing heat and so much attitude.

In Madre (or ‘mother’ in Spanish), however, we get a project where Arca have indeed explored its sounds before, but is now present in all its splendor. Considered as a maxi-single (the more you know!), Madre comprises of four tracks that are in turn variants of one full composition. Think of it as a song that is deconstructed or dissembled into its individual parts, where you have the opportunity to fully indulge in it and study its sonic anatomy with much detail.

The self-titled opener serves as the main song per se, a haunting ode to motherhood told through Arca’s poignant vocals and collaborator Oliver Coates’ pictorial orchestral arrangements. Its ethereal yet stripped-back demeanor provides more space to flow and narrative rather than experimentation, with a larger-than-life production that submerges you into emotional depths in such a no-filler manner. The way Arca tackles the concepts of regret, reluctancy, acceptance, and even recognition is beautifully compelling, further amplifying the underlying forlornness of this already stirring track.

Regarding the conception of this project:

‘I wrote “Madre” years ago, and I did “Madreviolo” playing the cello myself, before working with Oliver… There was an insane resonance and chemistry; where he took it felt like the place I dreamed of but couldn’t reach without him.’

“Madreviolo” precisely follows as the second track of the project and is an even rawer take on the self-titled track. Here, the way Arca plucks the cello suffocates you in an instant, entrapping you in a whirlwind of resentment meticulously studying you and waiting for your next move. While the intensity lessens in comparison to Madre, the overall bare sound on this track is telling and pure, with a brooding pain simmering through her stoic cadence.

It is particularly exciting how, although these iterations come from one song, you can regardless pinpoint new moods and atmospheres in each of these tracks, as if carefully working your way through a jigsaw puzzle. For instance, the acapella version of the track “Madre” and the instrumental version of “Madreviolo” serve as the third and last track of the project, respectively. And yet, you are still able to gain new insight after listening to both of these tracks by themselves, be it the fervent longing of the former or the brooding soundscapes emitting from the latter. Subtlety is key in order to fully have a grasp on the entirety of this project.

Madre is an invitation to appreciation. Not only are you invested in the pounding emotions spread throughout the project, but you are also in a way obligated to thoroughly venture through its nuances. Arca succeeds in releasing a riveting collection of tracks that further gives value to the art of music listening. Surely, this project is but a sign that we have yet to see the full scope of her talent, and if this does not make you the least bit eager, I don’t know what will. Impassioned, powerful, and challenging; Arca has done it again.