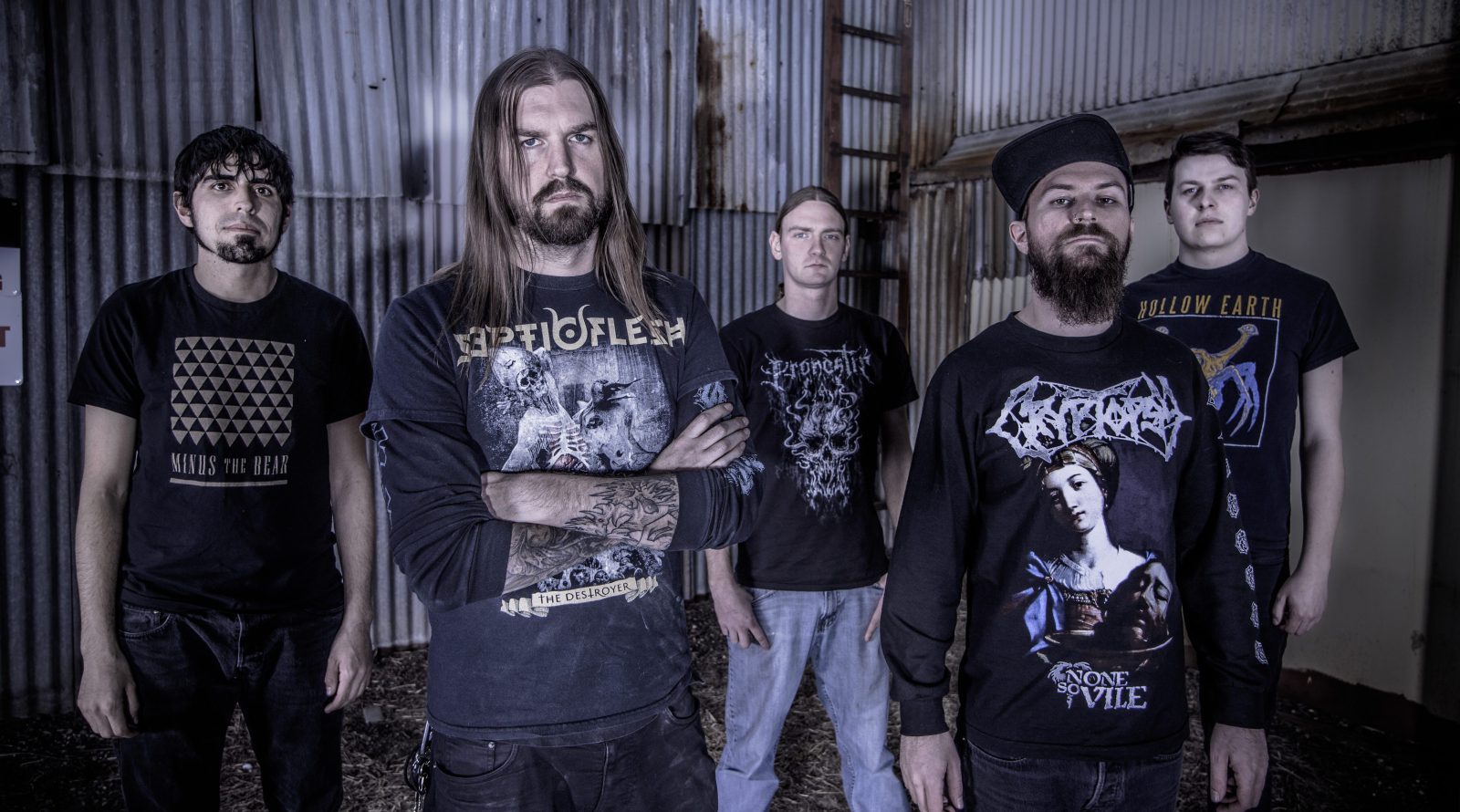 Technical death metal is a genre I was a little late to the game on, but my early introductions to it left a long-lasting impression. The first tech death song I can vividly remember hearing was “Behold (God I Am)”, the opening track to Allegaeon‘s 2012 album Formshifter. Up to that point, I didn’t listen to too much death metal, I was more of a deathcore kid. Allegaeon kicked that notion right out from under me and it was all over from there.

This is a band that made their name on blistering speed, boasting about their ability to shred at 300 BPM. While they are still fully capable of that and show it throughout Apoptosis, this album is a more refined take on the sound they have developed. There is so much more care to the structure and writing here than ever before. In moments where before there would be a blistering shred-fest, you might find more calculated and lively riffs or, a sudden melodic interlude that was unseen in most of their past. Proponent of Sentience was definitely a step in this direction, but Apoptosis takes that step and leaps forward much further.

Guitarist Michael Stancel talked about his writing process for Apoptosis, and freeing himself from the notion that an Allegaeon album has to sound a particular way:

‘Rather than deleting something because ‘it’s not Allegaeon-y enough’, I would take a step back and see if that idea fit the song and decide if it was worth keeping. With that mentality came some of my favorite songs, because I was less worried about if it fit into our old sound.‘

This manner of thinking is apparent though the entire album, as it is definitely their freshest sound yet. This is a forward-thinking album from a group of veterans in extreme metal who are letting themselves write without being put in a bubble. This is one hundred percent still Allegaeon, and not a crazy shift into a new genre or anything of that nature, but it expands their horizons immensely and experiments with new sounds that were unseen before.

Songs like “Extremophiles (B)”, with its progressive riffs and clean melodic interlude, help them break the mold, while also showcasing fast-paced guitars and blast beats synonymous with the name Allegaeon. This song ebbs and flows in tempo and its ferocity, balancing the fast with the melodic in ways that highlight the bands skill. A fresh take on a bands sound is always exciting to see when done well.

The length of Apoptosis is much better served than the near hour and a half of Proponent of Sentience, but this album still clocks in at 55 minutes. I’m sure plenty of people disagree, but I generally prefer heavier releases in smaller doses. There is a point where I feel like these kind of albums can start to lose themselves and the listener when they go on so long. That isn’t so much of a complaint of the album as a personal preference I suppose.

Apoptosis is truly something different for Allegaeon, lending strength to the naming choice. If you need to listen to any song of the album to come to that conclusion, the closing track should be the choice, aptly being the title track as well. Clocking in at just over ten minutes long, almost a new record for Allegaeon, it really runs the course on everything else this album has brought forth.

Fast and heavy riffs permeate the track, as well as the more focused and progressive driven offerings. The vocals range from their more common screams, to growls and cleans. A catchy hook guides the chorus that is revisited several times throughout the track. I felt like it lost itself a bit in its length my first couple of listens, but the more I go back to it the more I notice more things happening and get a deeper respect for the track. I was initially stuck on how many times Allegaeon hangs around familiar territory with going back to the chorus in the song, as well as how long some of the riffs go on for. However, there is just so much more going on in the song, it’s hard to hate on it. Every time a part seems close to overstaying its welcome, another solo or unexpected touch brings a new breath of creativity to the song.

Allegaeon have really outdone themselves with Apoptosis. They took all the newer elements they explored with Proponent of Sentience and expanded on them immensely, while adding even more in with their trademark sound and folding it all in neatly. This is definitely their crowning achievement to date, and I am excited to see how much further they push the boundary in the future.