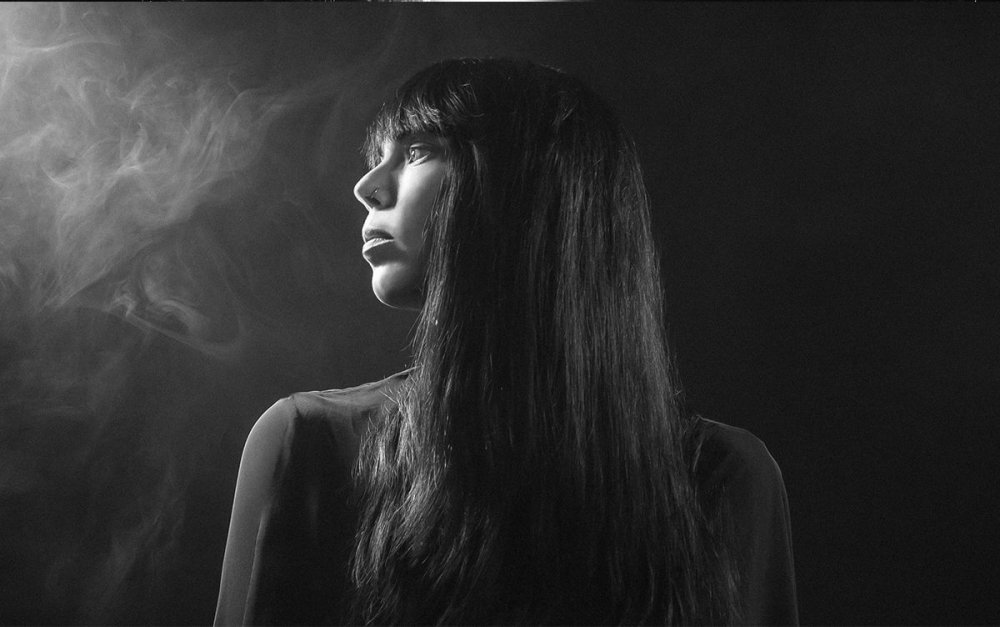 By Rodney FuchsAugust 8, 2020 No Comments

London-based artist A.A. Williams delivers a beautiful soundtrack full of melancholy elegies. The soundscapes on Forever Blue are among the most enchanting tales released in 2020.

After releasing an EP with Mono and her self-titled debut EP in 2019, AA. Williams has now released her debut album. With a different musical approach than other musicians in her field, she creates unique post-metal landscapes. The album’s press text states that Forever Blue was named after a song that didn’t make the final cut. This fact might leave some unsatisfied in not getting to hear this track, but the eight songs that did make it on the record are absolutely worthy in every way.

“All I Asked For (Was To End It All)” ignites the album in a very melancholic way. The soft piano creates a very depressive setting, which is then augmented by the cello and Williams’ warm voice. This first song has some serious chamber music vibes, and thus doesn’t necessarily reflect the music that she usually writes. Instead, it sounds like an alternative version of the newest Leprous record – without the falsetto singing, of course. Williams’ voice is incredibly warm and delightful – she puts so much emotion into her delivery, and posseses an astounding timbre.

“Melt” was previously released as a single. It starts with Williams singing and playing the bass guitar, a foundation she soon expands upon with wide, atmospheric vocal backings. It’s hard to describe “Melt” without getting emotional, as it’s one of the songs that cut the deepest on this record. A dark, almost gothic folk vibe sets in with the drum beat, after which the strings start playing, also contributing to the very cold and disturbing atmosphere. Finally, the vocal melodies on “Melt” are incredibly enchanting, mesmerizing, and well-sung; all things considered, it feels like you are being carried away by them into clouds of warm summer rain.

“Fearless” is the first track on the record to really break out of the calm goth cage that Williams created thus far. The song overwhelms you with a heavy guitar sound and harsh shouts by none other than Johannes Persson (Cult Of Luna). Persson brings with him a very noticeable post-metal tinge, so parallels to his main band are absolutely obvious. His shouts are backed by clean singing, which creates a very melancholic, yet powerful vibe similar to Cult of Luna’s Mariner record. Contrasting this heavy section, there are these fragile, minimalistic guitars that get audible through the atmospheric soundscapes.

Persson isn’t the only guest musician featured on Forever Blue; his bandmate Fredrik Kihlberg apperas on “Glimmer”, which directly follows “Fearless”. Kihlberg brings his own special and fragile voice to the music. These two tracks reveal that this record is somewhat of a post-metal album on a meta level. Both features really stand out from the whole record, and bring in strong reminiscence to the aforementioned Mariner, which featured Julie Christmas as a singer. If Cult Of Luna ever decide to invite a guest singer again, they could easily go for A.A. Williams, who will probably do a great job over their instrumentals as well.

In general, A.A. Williams‘ vision of post-metal music feels so fresh within a scene that has become quite monotonous and repetitive. Calling Forever Blue a post-metal record is both false and true – on one side, it’s absolutely something that has its roots in metal and thinks beyond these roots in a post-modern way; on the other, songs like “Fearless” are meta-metal, but basically beyond (or better, post) any resemblance of metal at all. Forever Blue manages to combine the very best of post-rock, metal, goth, folk, and indie into a musical piece that displays an incredible variety.

It might sound weird, but Forever Blue is exactly what I’ve been waiting for: A well-balanced record that branches out of its genre cage and enchants you with all of its facets. A.A. Williams manages to be one of the most interesting acts in the current post-rock sphere. Her subtle metal influences create a dark and melancholic musical world that sonically shows you the deepest of dawns. But these views aren’t only depressing; they have uplifting energy within themselves, too. Furthermore, the songwriting on Forever Blue is fantastic, while it’s Williams’ voice that truly makes this album an incredibly beautiful piece of art.