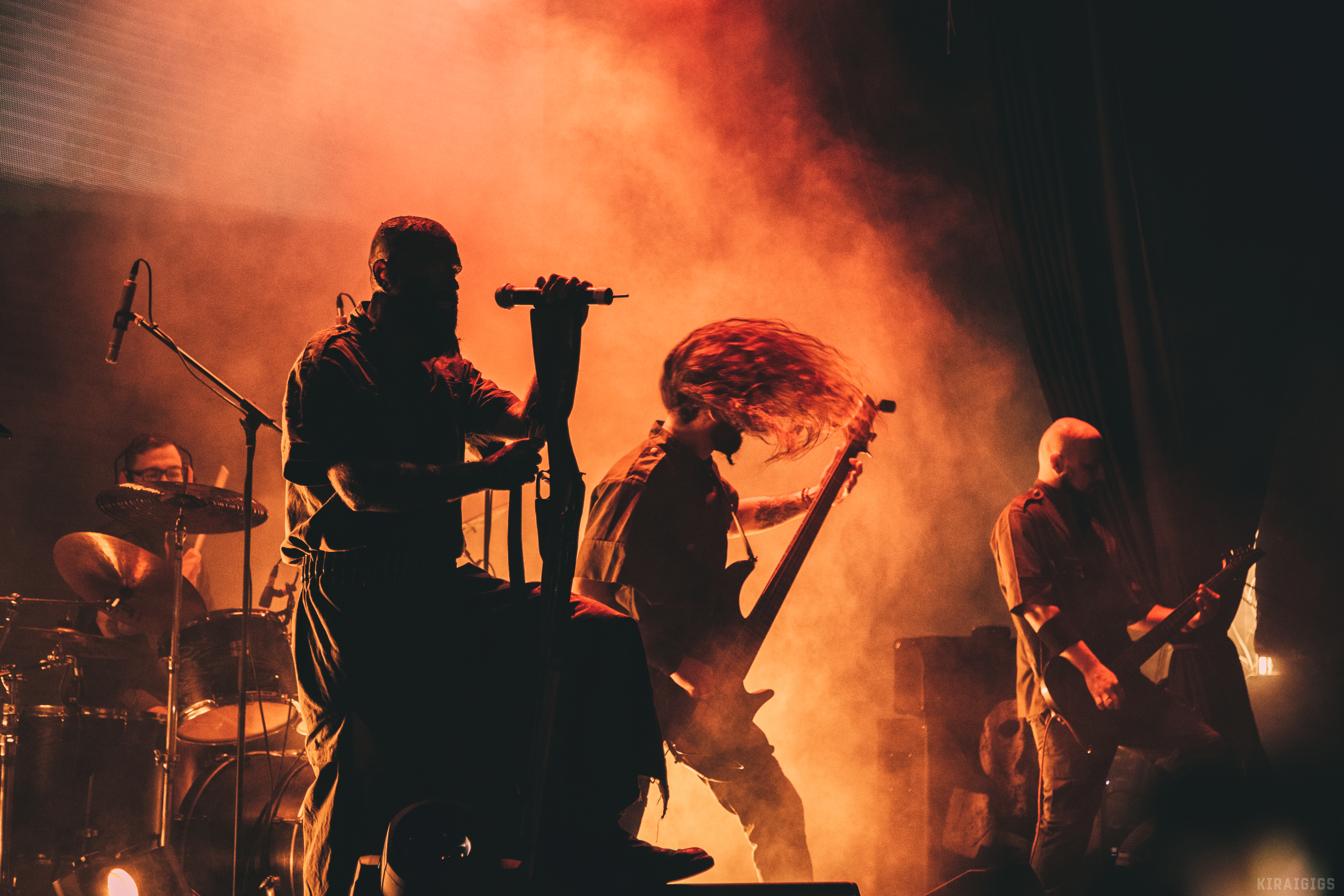 By Pete OverellNovember 17, 2018 No Comments

As harrowing as the stories that we are told of The Great War, 1914 perfectly capture the brutality and the hopelessness faced by soldiers in World War One in their debut album, The Blind Leading The Blind.

One of the records that stood out on our list was the 1914‘s debut record The Blind Leading The Blind. I was intrigued by the concept, which focuses on World War One and a number of battles during the war, so I picked it up, admittedly unsure of what to expect. I was pleasantly surprised to find out that the band have not only deftly paid respects to the lives lost, but also made one of the best death metal albums of the year.

The Ukranian outfit formed in 2014 and have spent the last 4 years working to release their debut on the anniversary of the 100 years since the conflict. They’ve set out to not politicize the war, but to simply retell it, in a way that makes you stop and consider the senseless destruction that occurred. The band’s concept ranges through numerous key events from across the four-year war, and the amazing lyrics tell the story of these battles.

You are introduced to the excellent vocals early on, in all of their range and heaviness. Ditmar Kumar has an exciting variety in his vocals, often raspy and carrying boatloads of vitriol, but when he really growls you’re exposed to a destructive force that many wish they could achieve.  In the first song “Arrival. The Meuse-Argonne”, a solid amount of time is dedicated to feeling this roar in full, before his vocals return to the more emotionally charged finale of the song, flowing with ease between styles.

1914 utilizes samples from the war and TV shows to aid the atmosphere of the album. The first song is a disturbing propaganda song used to enlist British troops, which sets the tone really well. The tones the three guitarists use are brilliant, with a healthy amount of dissonance to appease those looking for something really heavy. The bass is frenetic when the band push their sound into blackened death territory, cutting through the mix at key moments later in the album. You’ll find the best example of this on “High Wood. 75 Acres Of Hell” – a reference to the Somme, one of the fiercest battlefronts on the west.

The band try out thrashier death metal on “Beat The Bastards”, which leads to a huge climax – one of the best guitar screams I’ve heard all year. This track sounds very Motorhead at times, but with much better production. The mix is sublime all the way through the album; each instrument gets to play its part and while receiving emphasis during solos or great grooves. In “Passchenhell”, mournful strings are employed in a similar fashion to Ne Oblivscaris, complementing the intense and punishing guitars brilliantly.

Most tracks push past the five-minute mark, and allow the listener to really immerse themselves into the songs. One of the key components I haven’t mentioned yet is the excellent drumming, performed by Rusty Potoplacht. His kit sounds absolutely massive in the mix and leaves you reeling from the endless barrage. One of my favorite songs is one of the last – “Stoßtrupp”. This song has an exceptional underlying groove, and, against the fearsome guitar chugs, you’re faced with a plethora of drumming techniques.

Ending with a ten-minute monster and an outro track, The Blind Leading The Blind will certainly be one of the death metal highlights of the year. It has a well thought out and interesting concept, and they’ve backed it up with some fantastic instrumentation and vocals. I’m intrigued to find out how many records they plan to make under this name, as they have covered a number of the battles, but it might be that they look at different perspectives during the war, as there were many fronts across the world beyond the battlefields of France so often referenced. 1914 have created a brilliant debut and I’ll certainly be keeping them in mind in the future.