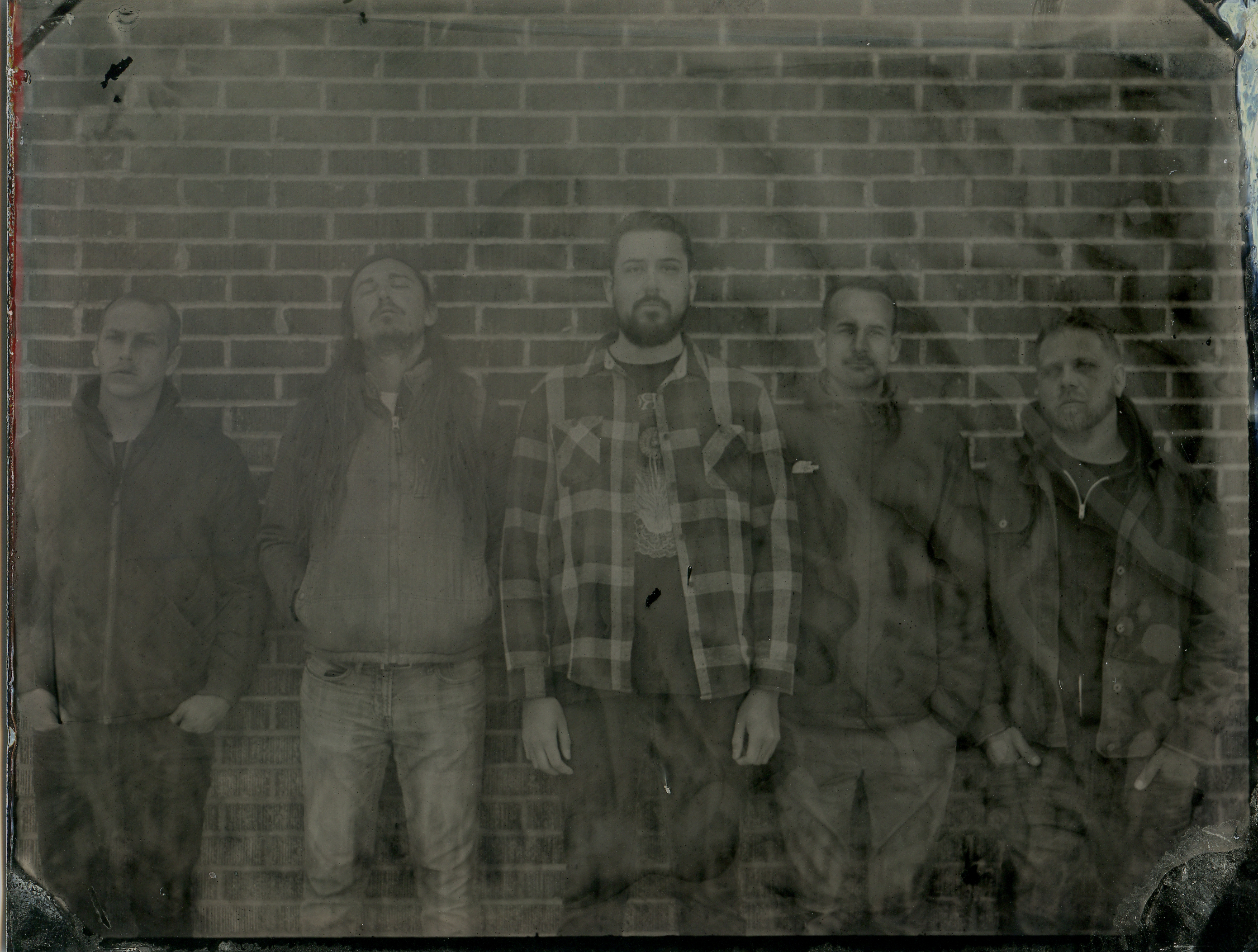 The last couple of premieres I’ve personally written for Everything Is Noise have been a lot sunnier than usual, so it’s time for something dark. Thanks to sludge metal newcomers Throes, I’m able to do just that. July 26 will see the delivery of their debut LP, In the Hands of an Angry God, via the astonishing Holy Roar Records. We’re showing off the video for their latest single, “They Never Spoke”. First, some background.

This brand of sludge carries weight in a number of ways. This weight is easily heard in the instrumentation and even the lyrics, but knowing the themes imbues the track with something more. Vocalist Tyler Squire sets the scene a bit more: ‘Thematically the song is about grief and loss. How the process of losing someone can quickly become impersonal, and managing expectations of having to forget someone and move on, regardless of who they were to you.’ Bassist Bryce Kresge also chimes in, ‘Acceptance being the final stage of the grieving process is just understanding that someone is gone, but also realizing that a person is never truly gone until the final time that someone says their name.’

Those themes are quite apparent in “They Never Spoke”, coming through in the desperately fierce vocals and the perfectly paced instrumentation. This song is lamentation through and through, just channeled through well-crafted sludge that’s equal parts palatable and abrasive. Squire’s voice sounds coated in vitriol steeped in pain. Lurching guitars, including bass, buzz and rattle like someone’s jaw on the verge of crying, but also provide searing tones near the end mimicking the moaning of those left to mourn. Drums form a slow dirge to drive forward the whole song like pallbearers hoisting a casket above their heads.

Throes are tapping into something that often is by darker, heavier bands, but hardly ever so keen or sharp as “They Never Spoke” does. If this masterful execution is indicative of the music to be found on In the Hands of an Angry God, then we should be looking forward to one of the strongest sludge debuts of 2019. Then again, with Holy Roar Records on their side, that seems all but guaranteed as the label is always perceptive of the best upcoming talent.

To learn more about Throes, there’s no better place to go than their Facebook, Instagram, or Twitter. You can also check out their Bandcamp to get a primer on their overall sound in anticipation for In the Hands of an Angry God which drops on July 26 via Holy Roar Records!