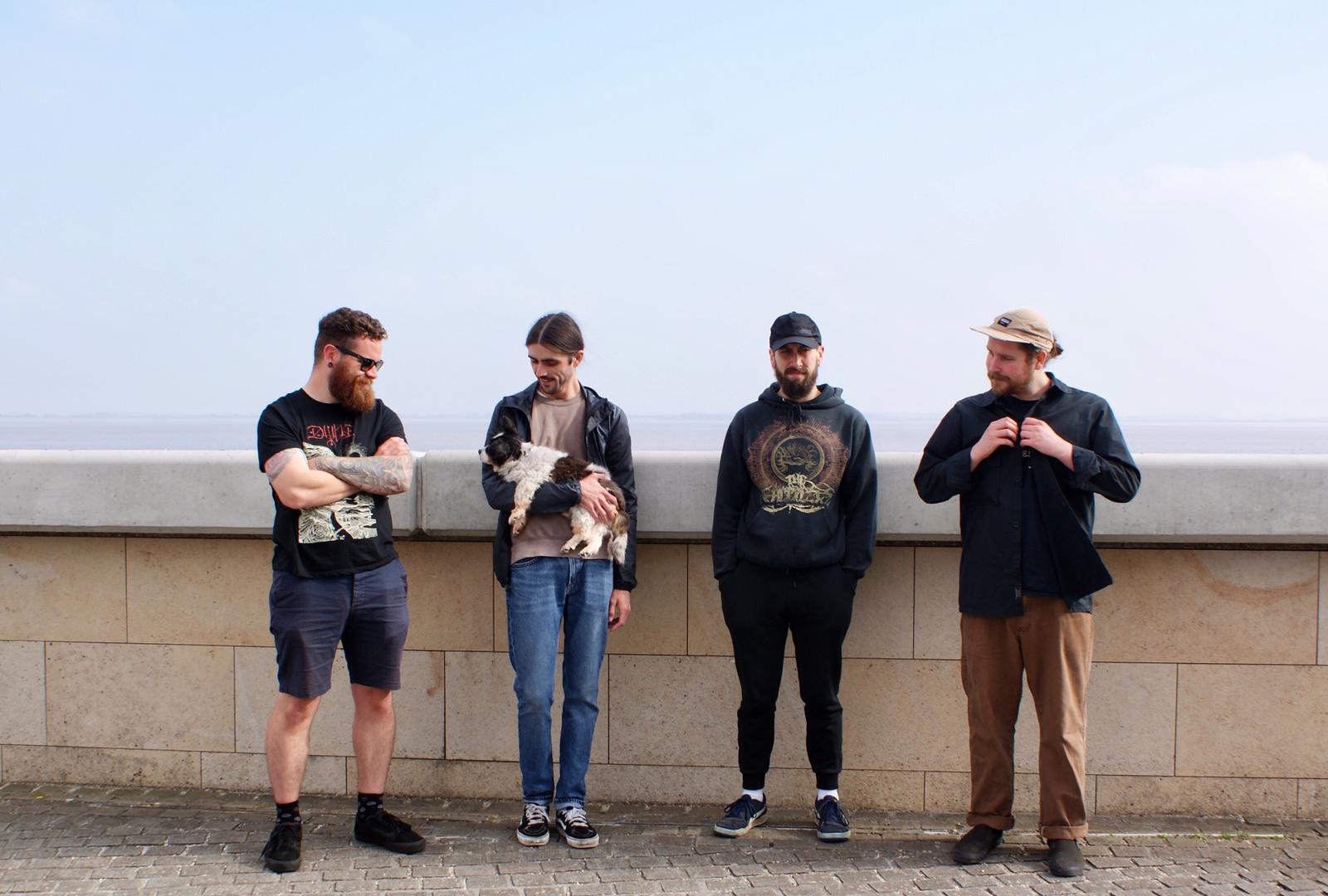 Fans of Envy, Celeste and post-hardcore/post-metal in general, brace yourselves. We have something right up your street today. Hull four-piece Still have been slowly building a loyal army of followers since their formation in 2016, with 2017’s Karin gaining the band enough momentum to record and release Reprieve in 2019. Buoyed by the sold out cassette run of this three track EP, Still are ready to return with their debut full length { }, due for release September 24 via Trepanation Recordings. Whilst you may have been enjoying the three tracks available online prior to the full release of the album, today you can one go step further with our full-album premiere right here at Everything Is Noise:

From the opening onslaught that “Droves” brings, { } is an album that rarely lets you take a breath. This album opener in itself features numerous changes of pace, setting the tone for what is to come. The band are intent on keeping the listener on their toes throughout, always driven by super-tight drumming fighting for space alongside gritty vocals and dissonant guitars.

Not content with varying pace, the band are equally as comfortable genre hopping within songs and throughout the nine tracks that make up the album. Tracks such as “We Were Ghosts (All Along)” initially showcase Still‘s softer side, before unleashing a torrent of noise that will catch a listener or two off guard. Whilst there are elements of post-/blackened metal throughout, it is perhaps within the post-hardcore that the outfit seem most comfortable. The more melodic elements of the albums, at times akin to the likes of Touché Amoré, serve to provide stark contrast to the album’s many bleaker moments. With nine tracks clocking in at just under the hour, the four-piece have written an album that aims to leave a lasting impression.

Once you’ve taken the time to digest what you’ve heard above (and it may take some time!), you can pick up the album via Still‘s Bandcamp, with a healthy range of physical options. While you’re at it, make sure to follow the band on Facebook and Instagram to keep up to date with future live shows to promote the album and any new releases that may follow.