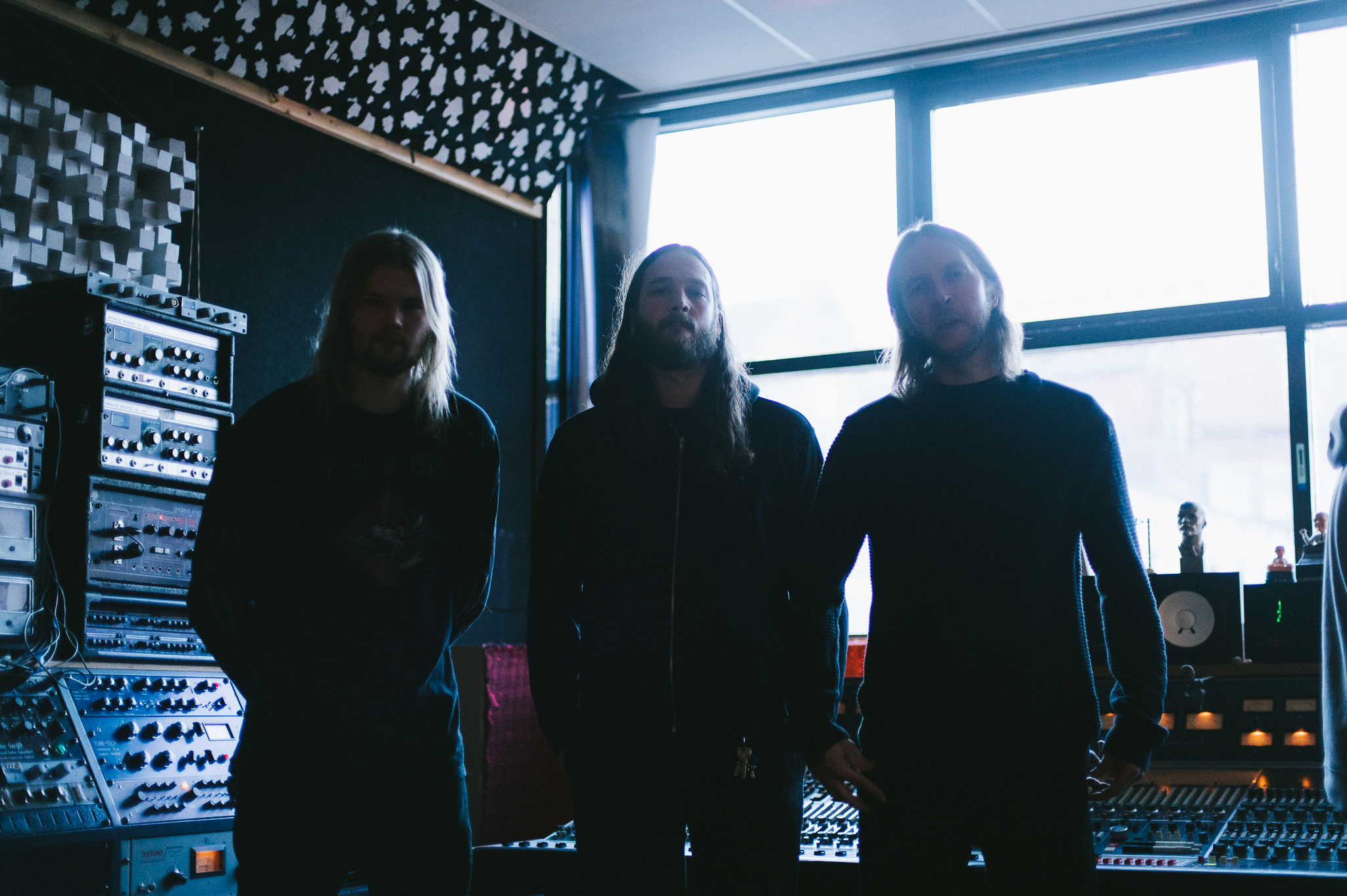 A projection of beautiful sonic landscapes infused with supreme heaviness and gnarly sludge riffs, SÂVER are spiritually entwined in an experimental whirlwind of musical sophistication in its heaviest and most unearthly form.

Emerging out of Oslo, Norway, SÂVER was formed by former Tombstones bassist and vocalist Ole Christian Helstad in 2018, along with fellow band members Markus Støle and Ole Rokseth. A year after signing with Pelagic Records, the sludge/post-metal power trio delivered the immeasurable heavy and uncompromisingly doomy debut full-length album They Came with Sunlight (2019), flaunting a magnificent collection of brutal guitar riffs, devastatingly harsh vocals, intricate percussive sections, glistening soundscapes, and a pummelling bass tone that sends shivers down the back of your spine. SÂVER soon continued to push their creative limits, following on from their debut through a collaborative effort with the Belgium philosophical post-doom trio PSYCHONAUT entitled Emerald (2021), consisting of two tracks with a total runtime of just over 35 minutes. It is now with great enthusiasm that Everything Is Noise proudly unveils the video premiere of SÂVER’s track, “Dimensions Lost, Obscured by Aeons”.

Just like PSYCHONAUT’s “The Great Realisation”, SÂVER’s contribution to this release demonstrates strong psychedelic traits and powerfully motivated sonic ambient passages that provide an upmost hallucinogenic experience. The first section, “Dimensions Lost”, opens with a long, eerie soundscape, setting a bleak, wintery mood in the first few minutes, accompanied by visuals of empty and near-abandoned urban landscapes, somewhat shadowing the past events many of us experienced within these last few years. This calm build-up of tension is later met with potent and immense sections of sludgy post-metal in “Obscured by Aeons”. The second section is performed over these marvellous, trippy visuals that produce a spectrum of colour and chaos, contrasting the initial calm and eerie reverberations of the first to create a dissonance between the two parts, an intention that is said to be an integral part of the band’s sound.

SÂVER go even further into detail about the video’s cinematic narrative and how its experimental appeal affects the listening experience. They state:

‘The idea was to explore how that undefined narrative would look like in the mind of the listener… The result is an eerie and quite abstract interpretation that doesn’t force a story onto the viewer, but rather provides the visual tools necessary for the viewer to shape a narrative of their own. This way, depending on the viewer, the film can be both beautiful or ominous, claustrophobic, or wide open.’

If you enjoyed the enigmatically chaotic world of SÂVER’s “Dimensions Lost, Obscured by Aeons”, be sure to check out the full-band split with PSYCHONAUT here, available via Pelagic Records. Also, if you want to hear more from SÂVER, or keep yourself updated on the band’s latest announcements, head over to their Facebook and Bandcamp pages.