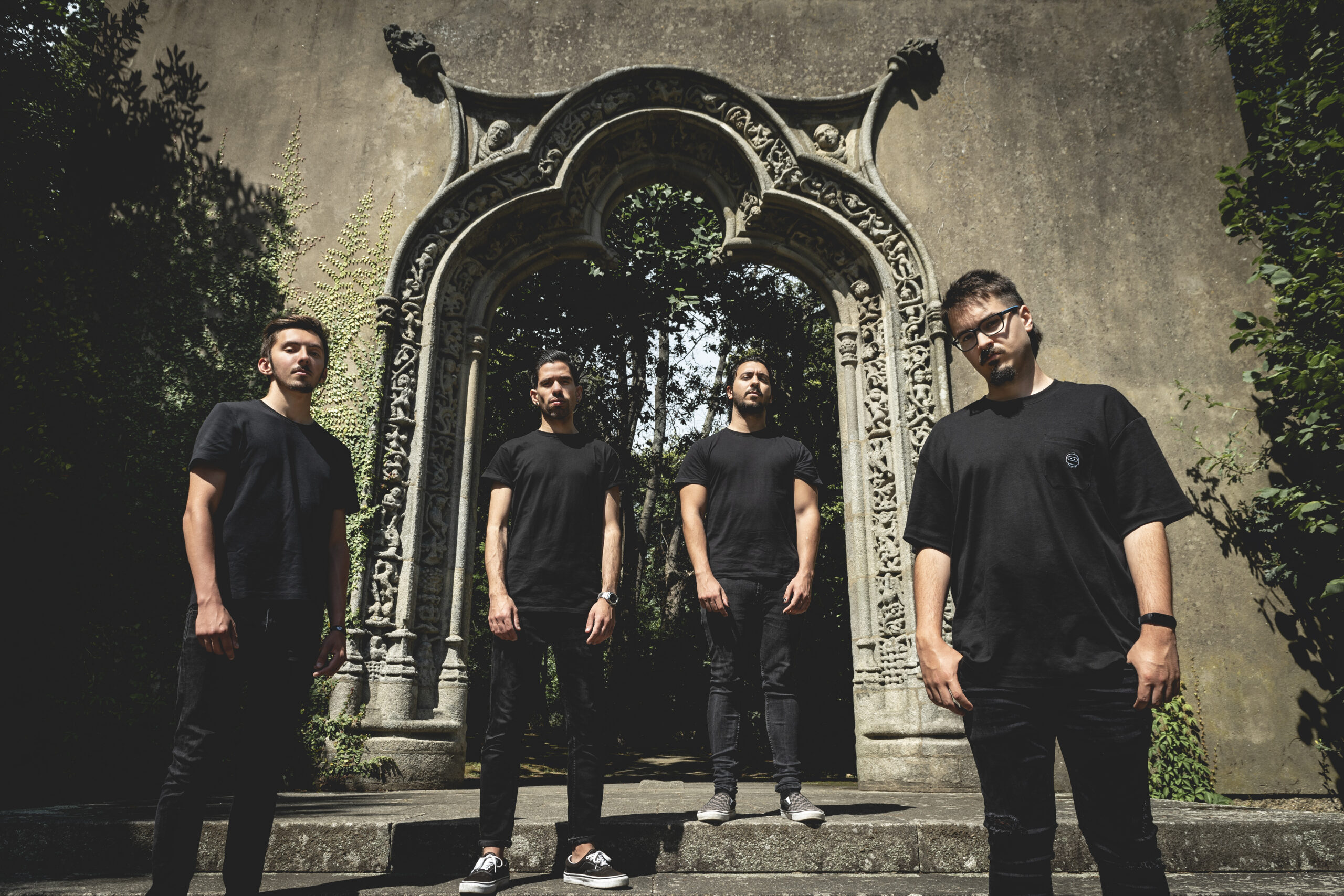 I’m all about finding fresh acts that are looking to expand our preconceived notions of music and its limitations in terms of labeling and ‘genre-fication’. As chance would have it, the opportunity to premiere the first single from the fairly newly formed Portugese band Icosandria fit well with this intention. Icosandria don’t particularly drive any of the styles they blend forward, at least not for now – however, they approach the mixture of said styles with a novel mindset. Over the course of Icosandria, their debut EP, you will witness a fresh amalgamation of post-black metal, post-metal, shoegaze, and post-rock, as well as a hearty doze of metallic hardcore. Make sure to be on the lookout for it when it drops on August 15th!

I can’t say I’d be immediately sold on the idea as I’m looking at it written down, but if you – like me – have any doubts, trust me, they’ll be gone by the time you’re not even close to done with “Roshinu”. The first song they’re premiering off of their debut is its second track, and it really comes packed with all the goodies. I was pretty surprised by the very d’n’b-styled intro and had already started to picture a certain kind of sound, only to have it demolished by the ensuing instrumentation and vocals. It took me to a very dreamlike place, which is immediately shattered by the introduction of some screams and heavy chugs. And this is just the first minute! Now, don’t go thinking it’s some mumbling mess like the bands that like to throw in as many things as possible in the musical pot and stir them to kingdom come; it’s all a very cohesive package that executes transitions from one area to another quite seamlessly.

Structurally, “Roshinu” doesn’t particularly stand out in any way; however, the employed ideas are solid and do justice to the sounds at play. It’s quite catchy in a way that isn’t cheesy and really hits hard, managing to keep a soothing edge for its more relaxed parts. I kept playing it on repeat without realizing it must’ve been on a loop for well over an hour, and I’m still doing so as I’m writing this. I’m pretty certain that if you’ve ever thought there’s a sore lack of bands that combine the edge of early Sylosis with early and late Deafheaven textures, you’ll be satisfied beyond measure, but even if otherwise, it’s worth giving “Roshinu” a proper spin.